Donor Spotlight: Preserving the past for the future

Individual Giving Associate Lauren Collette spotlights museum member Shirley Loo. Loo grew up in Hawaii and didn't visit the Smithsonian until college, but has been deeply involved in the museum for many years.

As a development professional, I am frequently asked, "What do you love most about your job?" Without a moment of hesitation, I always enthusiastically reply, "Getting to know the members!" I had the opportunity to spend time with Shirley Loo, a member of the Smithsonian Council for American History, and learned a great deal about what motivates her to give to the museum. What I left with was an understanding that in both her professional and personal life, Shirley has an obvious passion for preserving the past for the future and for making a difference. 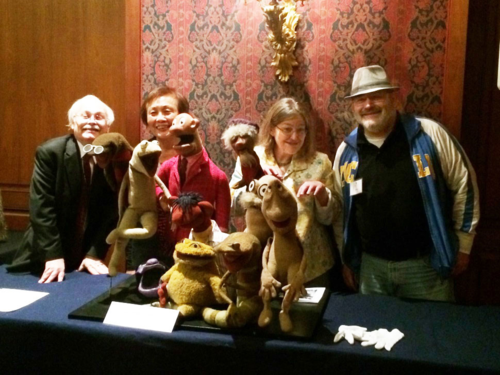 Loo with Sam and Friends curator Dwight Blocker Bowers, Kate Martin, and Ted Martin at "Behind the Scenes: Puppetry in America," in April 2014

Shirley Loo has been a long-time supporter of the Smithsonian Institution and added membership on the Smithsonian Council for American History in 2011. She has also served as a Smithsonian Associates volunteer since the 1970s and assisted at the first Smithsonian Sleepover at the museum on June 20, 2014, at the First Ladies exhibition.

Shirley has been to many events and programs as a Council member and she finds each one unique, educational, and enjoyable. A notable highlight for Shirley was seeing presidential artifacts up close, such as the wedge used by Abraham Lincoln to split logs and the cane used by John F. Kennedy after his injuries in World War II. 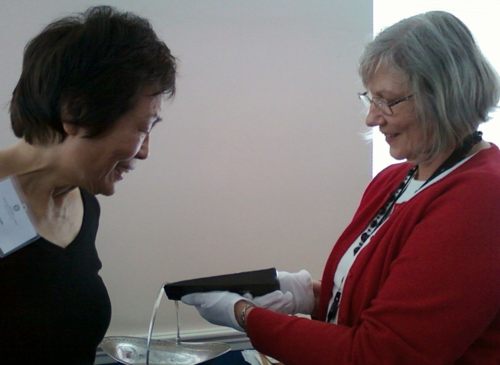 Serving as a member and donor is very worthwhile to Shirley. After seeing a wealth of objects and then learning more about the objects from knowledgeable curators, she more fully appreciates the collections in the museum.

After completing her master's degree at Columbia University, Shirley began her career as a librarian at the Library of Congress over 40 years ago. She finds her current digitization project important because documents are subject to deterioration and loss. By digitizing them, Shirley is making the documents easily accessible to current staff, as well as preserving them for future generations.

Knowing that Shirley is also a planned giving donor at the Smithsonian, I saw an evident connection between Shirley's job and why she gives to the museum: her passion for preserving the past for the future. Shirley was motivated to make a planned gift because she wanted to demonstrate "my appreciation for and excitement about the importance of American history. I want to help continue the great work the Smithsonian is doing." 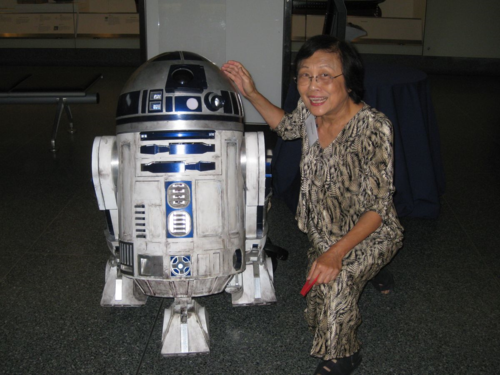 Loo with R2D2 at the museum

Something that especially moved her was her memory of the ceremony when the museum honored the garrison flag that was draped on the Pentagon by soldiers and firefighters after September 11, 2011—on loan from the U.S. Army Center of Military History—when it was displayed in the museum's Flag Hall, where the original Star-Spangled Banner once hung.

"Events, displays, and moments such as these are some of the most important work the museum does," says Shirley. "It maintains and shares the very fabric of our culture and American history. The Museum preserves them in a manner so that future generations can remember and learn. With other donors, I am helping to carry on this mission for the future."

Shirley's passion for American history inspired her to join the Smithsonian Council for American History, which provides essential funding to the museum to preserve its national treasures. Learn more about the Council and how you can be part of this national group of history enthusiasts, or contact Lauren Collette, Individual Giving Associate, at ColletteL@si.edu. 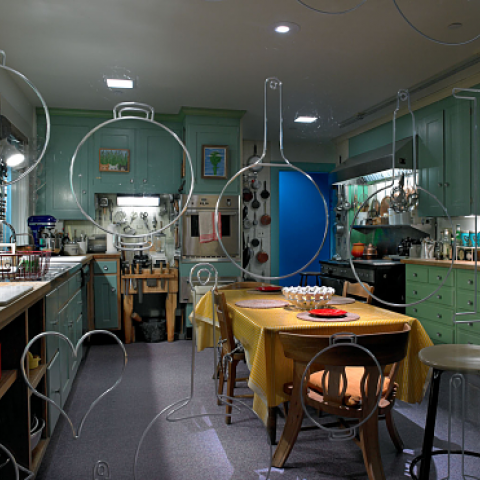 Chatting about food history with food leader Lynne Breaux
From the 2012 opening of the exhibition FOOD: Transforming the American Table, 1950–2000 to its upcoming FOOD in the Garden... 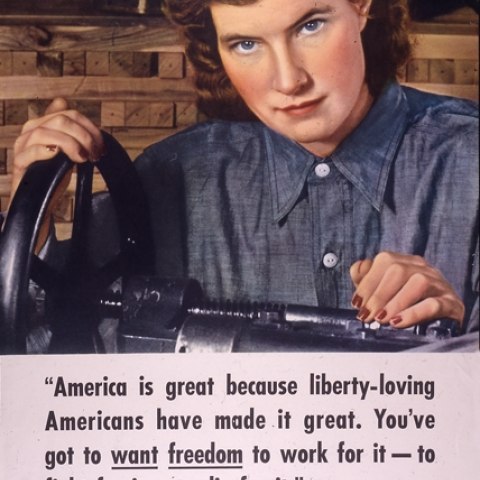