Can an object be gay? A queer question and one that is endlessly interesting for museums.

Objects are not gay any more than they can be Klingon, a Free-Soil Party member, or jealous. However, most museums have materials created by LGBTQ people and the range of historical versions of that identity, whether they know it or not. When it comes to groups that have been stigmatized and targeted for discrimination and violence, historians and curators have a predicament around how to interpret behavior and language in the past. People did not want to be known, so objects reflect that invisibility.

Terminology used to describe those who were gender non-conforming—who might be understood today as LGBTQ—leaves a lot of ambiguity around what actually happened behind closed doors. For example, Jane Addams, social worker and founder of Chicago's Hull House, lived in a Boston Marriage with her companion Mary Rozet Smith. Poet and "confirmed bachelor" W.H. Auden was also lovers with novelist Christopher Isherwood. Spinster (as unmarried women were called at the time) poet Amy Lowell smoked cigars and traveled with actress Ada Dwyer Russell. We'wha, a two-spirited Zuni tribal member, lived a mixed-gender life in New Mexico. The terms used to acknowledge dissent from dominant gender structures result in uncertainty for those of us who crave historical clarity. 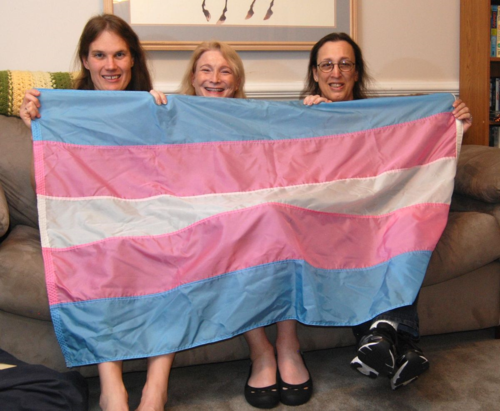 Transgender flag designed by Monica Helms (right), and friends. The flag's stripes represent the traditional pink and blue associated with girls and boys and white for intersex, transitioning, or of undefined gender. Helms served in the United States Navy and became an activist for transgender rights in the late 1990s in Arizona where she grew up. She designed the flag in 1999.

Some of our museum staff have been working on both retrieving histories such as these and documenting contemporary LGBTQ life. The many things we’ve collected since stigma and persecution have diminished are easy to identify as LGBTQ-related because the donors or owners are out and open about it. The Mattachine Review and The Ladder, although sent through the mail in plain brown wrappers, explicitly sought a gay and lesbian readership in the 1950s and 1960s. The difficulty is with objects already in the collections. Retrospective recognition is nearly impossible with people who lived in a time when it was dangerous to go against gender norms or a place where this kind of difference could not even be imagined. 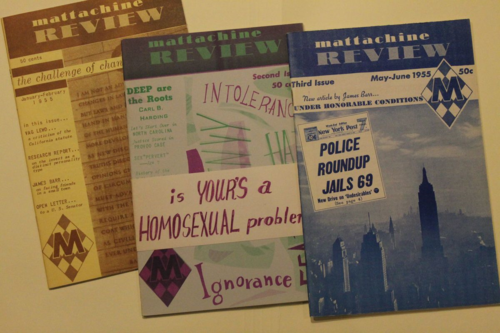 "The Mattachine Review," published in Los Angeles by the Mattachine Society, grew out of the homophile movement. LGBT communities became more numerous, political, and open in the mid-20th century.

Nor does the question of when gender or sexual orientation is relevant for describing or categorizing an object have an easy answer. Heterosexuality, homosexuality, transgender, and other identities were certainly not issues of interest in decades past—when most of our collections arrived and curators recorded them. In 1973, when Billie Jean King wore the tennis dress now in the museum's sports collection, she was a top athlete and married to a man. Her private love life was with a woman and that was no one else's business. She was outed in 1981 and her life became known better, unlike the majority of people behind the millions of objects in our store rooms. The politics of identity are like shifting and reconfiguring quick sand. When gender and sexuality are murky, the record is murky and good curatorial practice is to leave it murky. Objects carry the associations that we attach to them, based on personal experience and collective agreement. The associational nature of objects is partly what makes it foolhardy to make timeless, definitive statements about collections. "Boston Marriage" describes a common sort of anti-assimilationist gender behavior at the turn of the 20th century and that may be as specific as it is possible to be. 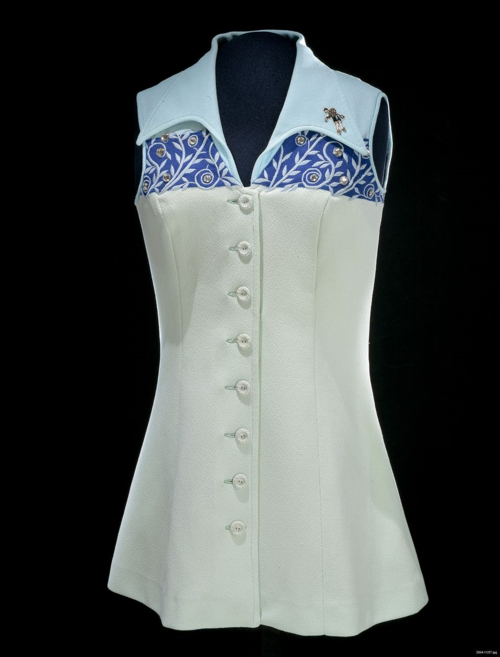 Tennis Dress, worn by Bille Jean King during the "Battle of the Sexes"

However, at least for now, there is temporarily solid ground under the museum's recent LGBTQ acquisitions. Scripts and publicity material from the late 1990s NBC sit-com Will and Grace, that featured the friendship of two gay men; the personal objects of tennis player Renee Richards, who was first known as Richard Raskin; Pride-related photographs by Patsy Lynch and Silvia Ros; the transgender pride flag designed by rights activist Monica Helms; and the diplomatic passports of Ambassador David Huebner and his husband are unquestionably part of LGBTQ history as well as larger narratives about life in the United States.

Katherine Ott is a curator in the Division of Medicine and Science. She has also blogged about the Lawrence v. Texas case.

Posted in From the Collections, Stories of Freedom & Justice, Women's History, LGBTQ+ History 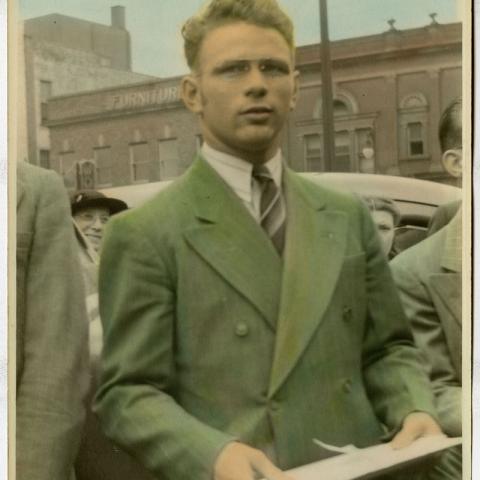 Do you know Chicago Mystery Man?
An adventure in contextual collecting with Archives Specialist Franklin Robinson, Jr.Update: Thanks to your help, we can add more...