Still dreaming of you: Selena's outfit at the Smithsonian

Iconic cultural objects have the power to preserve beloved chapters of history long after they come to a close. As we approach the 20th anniversary of Selena Quintanilla-Perez's death, intern Christine Miranda contemplates the significance of the Tejana singer's leather outfit, which is in the museum's collection.

I have a lot of fond memories of Selena. Sure, I was only two when she passed away in 1995, but music is a powerful historian. The black boombox in my grandparents' kitchen used to constantly play her compilation album Ones, and I recall dancing to her greatest hits on the cold tile long before I could understand the words. Although Selena was a Mexican American superstar, my Bolivian American family had certainly fallen for her charm, along with millions of other Latinos and non-Latinos worldwide. After watching the Selena biopic one day in my middle school Spanish class, I began to devour her music on my own. Practicing the lyrics of "Como La Flor" and "Bidi Bidi Bom Bom" even helped train my tongue to speak my grandparents' language. 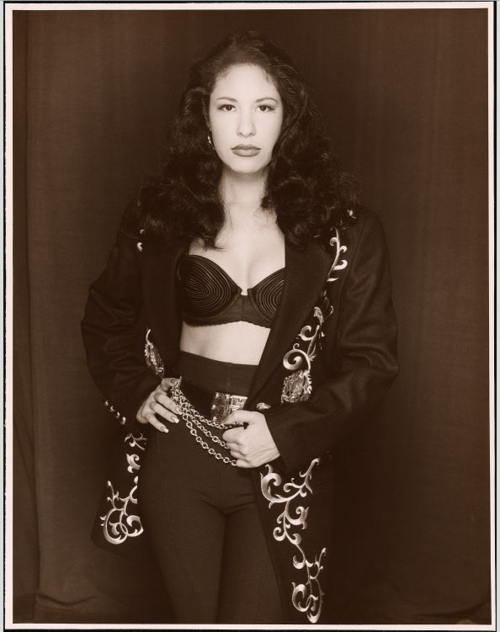 Selena Quintanilla-Perez, born 1971 in Lake Jackson, Texas, was a Mexican American music phenomenon. She began performing as a young girl with her family band, Selena y Los Dinos, and went on to enjoy mainstream success throughout the early 1990s. This gelatin silver print by artist Al Rendon is in the collection of the National Portrait Gallery, gift of Alfred and Elizabeth Rendon, NPG.2007.193. ©1993 Al Rendon.

My adoration of Selena, though steadfast, is hardly unique. During her brief career, Selena achieved great success with her homegrown Tejano (Tex-Mex) music. She produced five studio albums, racked up dozens of awards, and made moves to enter the fashion and English-language music industries.

In the aftermath of her murder (by fan club president and boutique manager Yolanda Saldívar), Selena's popularity has only increased. Initially, vigils, memorials, print media, and exploding record sales proved her lasting impact (and the loyalty of her fans). In the years since, compilation albums, television specials, books, blogs, a feature film, a Broadway musical, and a local holiday have continued to keep her memory alive. These diverse commemorative efforts form a makeshift public archive, preserving her historical significance in the generations after her death. 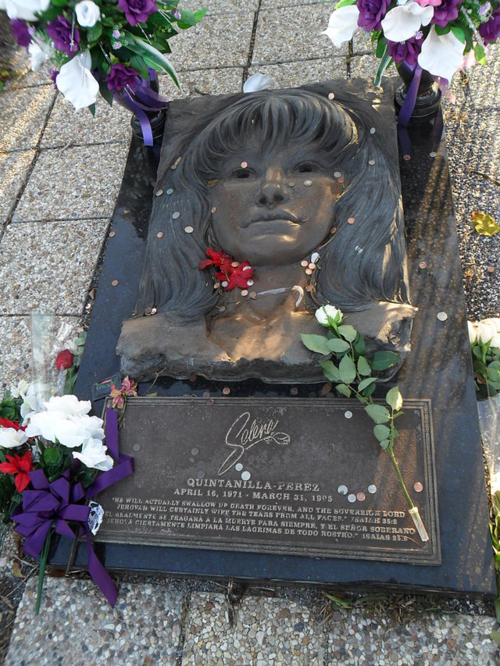 When news broke of Selena's shocking death in 1995, fans worldwide responded with a tremendous outpouring of affection and grief. For many U.S. Latinos, Selena—who was born in Texas, sang in Spanish, and spoke English—offered much-needed representation of the struggles of being a bicultural American. Pictured is her tombstone in Corpus Christi, Texas. Image from Wikimedia Commons.

What role should a formal museum play in remembering a cultural icon like Selena? To answer that question, you only need to look at the collections here at the National Museum of American History. Donated by her family in 1999, one of Selena's iconic leather outfits is currently in a division of Culture and the Arts collections storage room. Like all our delicate textile objects, the performance costume is periodically rotated out of display to protect it from light overexposure and other wear and tear. 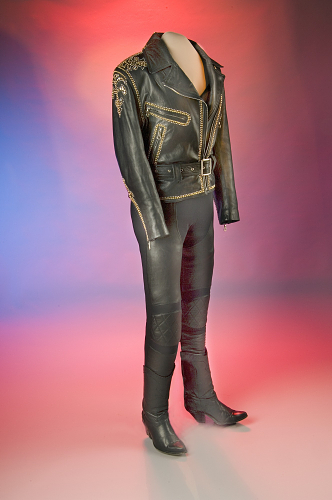 In concert, Selena was known for her lively performances and memorable costumes. To recreate some of her energy on stage, the museum designed a custom mannequin to exhibit her leather outfit.

The outfit consists of leather boots, tight pants, a satin bustier, and a motorcycle jacket decorated with intricate zippers and beading. It is the same outfit that Selena's bronze statue wears at her Mirador de la Flor monument in Corpus Christi, Texas—a poignant connection between her national, public memorialization and local, more private memories of her.

Since acquiring the outfit, the Smithsonian has endeavored to honor Selena's legacy and her family's generosity (this is the only museum to which they have agreed to donate memorabilia) by exhibiting it in the most meaningful contexts. Before the museum closed for renovation in 2006, the outfit was displayed with other popular objects from the division of Culture and the Arts. Then, during the renovation of the museum's core, it was one of the headlining artifacts in Mexican Treasures of the Smithsonian at the Ripley Center's International Gallery, and Treasures of American History at the National Air and Space museum. In the future, the outfit might find its next home in the third floor's Hall of American Culture, set to reopen in 2017. It all depends on where it can tell the right story.

And make no mistake: Selena's outfit can tell the right story—create that perfect combination of historical appreciation and personal connection—even when it's not on display.

Last July, I had the opportunity to tag along on a special collections tour for participants in the Smithsonian's Latino Museum Studies Program. Curators Margie Salazar-Porzio and Steve Velasquez showed our group some of the most interesting Latino objects in the division of Home and Community Life. As a special treat, they also revealed part of Selena's outfit, borrowed from the Culture and the Arts division.

In a room full of enthusiastic onlookers—and predominantly, fellow Latinas—I saw Selena's iconic jacket. Stunned by the beauty of the jacket and the legacy of the woman who wore it, we scrambled to take in the moment (and preserve it with our cameras). For me, seeing Selena's jacket was like listening to her music—a simple, but powerful experience, shared with others, reaching across time to create cultural and historical connections. 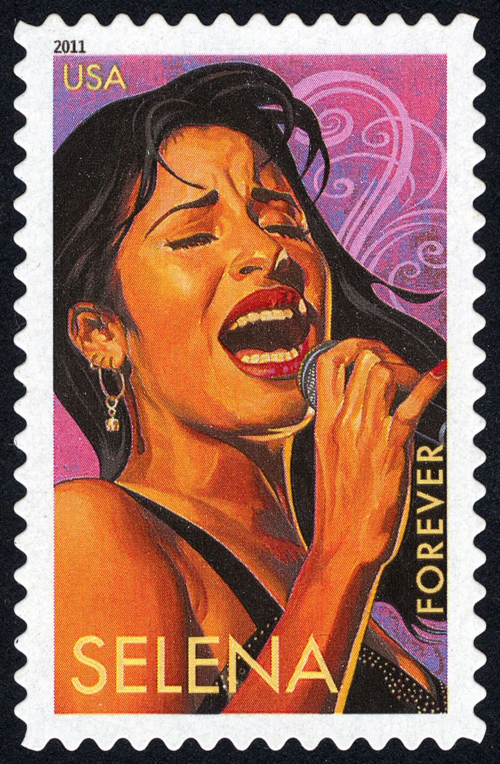 A 2011 U.S. postage stamp in the collection of the Smithsonian's National Postal Museum

Christine Miranda is an intern with National Museum of American History’s Program in Latino History and Culture. She is a student at Amherst College. She has also blogged about her experience in teaching visitors about the history if immigration and migration. 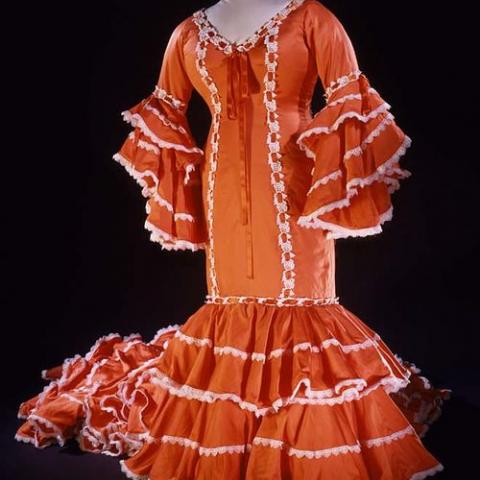 Celia Cruz: Queen of Salsa
The National Museum of American History and photographer Robert Weingarten are working in collaboration to build a historic portrait with...