A note to our readers: This blog post contains imagery that some may find disturbing. Reader discretion is advised.

I found this quote in Rubin's interview in the Joan and Robert K. Morrison Collection in the museum's Archives Center. This collection of transcripts, images, and tapes was part of the research that the Morrisons, a mother-and-son team, conducted to write their book From Camelot to Kent State: The Sixties Experience in the Words of Those Who Lived It. As anti-war protests were an area of interest for my studies, I began to explore the collection, as well as our other holdings pertaining to the anti-war movement.

The war in Vietnam truly divided the nation. In popular memory, it is often characterized by the brutal recollections of the veterans who served in Vietnam and of the anti-war protesters. Rubin ensured that the March on the Pentagon was particularly memorable. He had a flair for the dramatic: he was subpoenaed by the House Un-American Activities Committee and showed up wearing a Revolutionary War costume. (In later congressional appearances, Rubin continued to don costumes, dressing as a guerrilla fighter and Santa Claus, among others.) 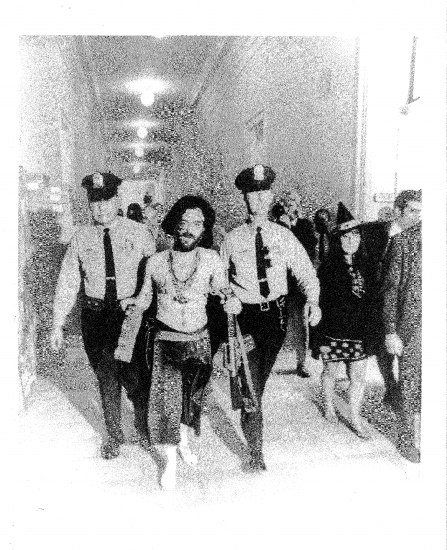 Rubin believed that protests had to be entertaining to stick in the public consciousness, so he organized the Pentagon March accordingly. One of the most famous images of the Vietnam protests was taken there: the picture of a young man placing a flower in the barrel of a gun. This image highlighted the playful, peaceful, striking images that Rubin strove to create of the protesters, in contrast to the violence that they faced. Rubin admitted that when the police attacked the protesters, they were playing into his hands, creating the media-ready images he wanted.

Rubin's youth movement, the "Yippies," were not the only group involved with the March—and not the end of the anti-Vietnam War material available for research in the museum's Archives Center. As Universal Newsreel video from the time stated, the March on the Pentagon was "a loose confederation of some 150 groups and included adults, students—even children." This "confederation" came together on October 21, 1967, but also fanned out for protest actions in a variety of ways. The Archives Center also has material from women's groups, religious groups, and scientists involved in anti-war protests. Below, I provide a sample of Archives Center holdings on each topic—there's so much more to explore than can fit in one blog post.

Many people were dismayed by the loss of life in Vietnam, and not just by the deaths of Americans. Protest groups mourned the loss of life among Vietnamese civilians, particularly women and children. Pamphlets distributed by many groups—especially women's groups—before and after the march portray the grief of Vietnamese parents for their children, with graphic images of napalm injuries, and call upon the sympathy of many. These pamphlets were targeted at women and mothers in particular, in the hopes of mobilizing the women of America. Many of these pamphlets, now housed in the Archive Center's Warshaw Collection of Business Americana, called for President Lyndon B. Johnson to bring their children home and to stop the war altogether. 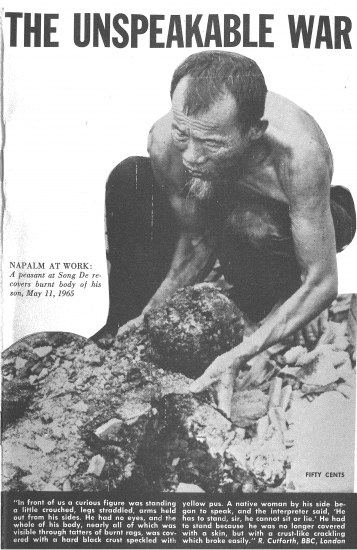 Religious leaders of all backgrounds were active as well, both during the march and in protests of their own. The Morrison Collection has transcripts of interviews with Catholic priest and anti-war activist Philip Berrigan. In them, Berrigan describes how he and other religious leaders would destroy draft cards using blood or homemade napalm. The symbolism of blood was important to the movement; Berrigan spoke at length in his interviews about the importance of blood in Catholic theology and how non-Catholic groups used blood to symbolize the loss of innocent life.

In the interview, Berrigan also discussed his cooperation with Jewish and Protestant leaders, as well as comparing his own experiences with those of Daniel Berrigan, his brother and fellow activist. (Learn more about Philip Berrigan in his New York Times obituary.) 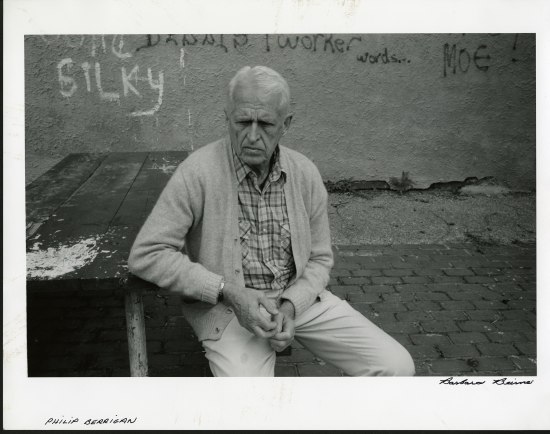 There were plenty of protests against the war beyond the March on the Pentagon. Scientists at MIT and other institutions found themselves increasingly horrified by the technological advancements in weapons of war and called for a separation of science and the military, even organizing a halt of all research to protest the war and to call attention to it. The Archives Center has a collection containing the records of the Science Action Coordinating Committee (SACC), which organized the research halt. 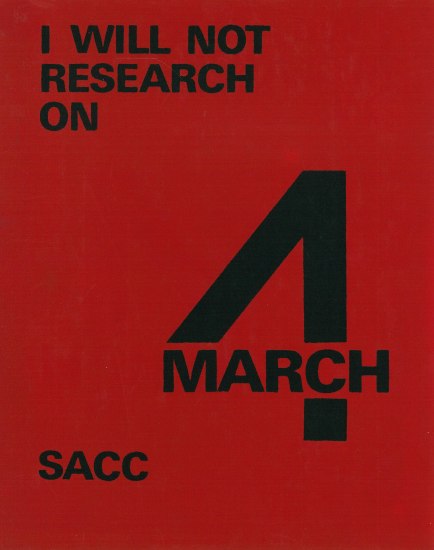 Rubin boasted years later that even though the March on the Pentagon was not immediately successful, over the long term it did change the face of American politics and shift public opinion toward the protesters. Deliberately audacious and full of spectacle, it drew the eye and redirected the conversation, focusing attention to the anti-war movement and setting the stage for other protests.