See I was born on November 16, 1990 in Durham, North Carolina
The controversy began the moment I opened my eyes and took my first breath
I glanced at my grandmother talking to me
I saw my history and could hear Japanese
But I inhaled America

G. Yamazawa is a spoken-word artist who speaks on his experiences of being a young Japanese American born to immigrant parents in Durham, North Carolina. He speaks life into his heritage and into the stories that often are overlooked within the scope of American identity. History thrives from the retelling of stories, and poetry is an art form in which some find their voice within the American fold. 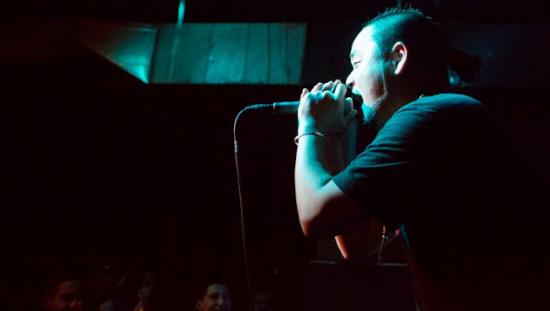 A part of the museum's mission is to shed light on the many faces that tell this nation's story. G. chillingly questions the ideals of American citizenship while feeling torn from a homeland he was not born in. It is in his words that he complicates the story of American identity. At one time, he felt pulled in either direction trying to align himself with one culture as though his identities were separate, but as he got older he realized they're not. G. explains that his embodiment of these two cultures makes them one: I am Japanese American. However, this is an everyday challenge.

On March 11th, an earthquake with a magnitude of 8.9
struck the northeast coast of Japan
It angered the waters
And made the ocean furious with the way we treat her mother
I sat back and watched the tsunamis on CNN
The same way I watched Haiti, New Orleans, and Indonesia
Like the sympathetic angel getting a glimpse of hell on the Saturday night news

G. discovered spoken-word within hip-hop culture living in the south, after accidentally downloading a spoken word soundbite. Spoken word came at a time when G. felt that he needed to be loud in order to be heard, among the stereotypes he faced in daily life. Poetry gave him the power to tell his story, in his own words. His use of hip-hop stylistics, to express his Japanese heritage demonstrate the new generations ability to live simultaneously through different cultural expressions within the American fold. 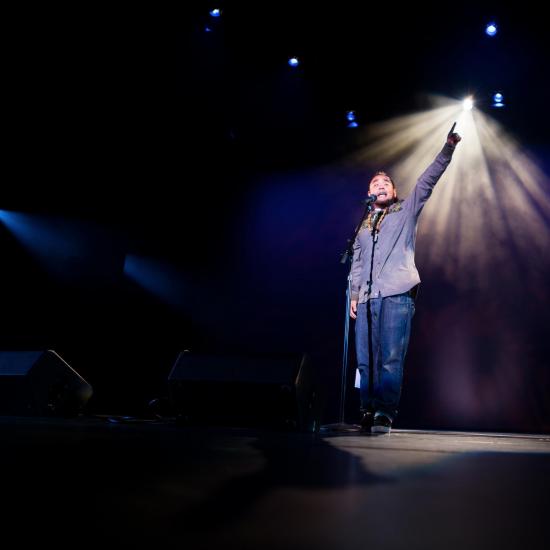 I said all of our family is okay right
They live further south of the island
"I don't think you'll understand, you're not from there"
I wanted to cry

Today's modern citizen doesn't belong solely to one world, they blend, and G. is evidence of that. As he likes to say, "no matter where you are from, you are from there," which goes to show that home and heritage reside in the heart of the individual. In his performance of "Home," G. shares that his parents settled in the United States in 1979, only some 20 years after immigration and naturalization laws restricting access to Japanese and Chinese migrants were lifted.

We gladly welcome G. Yamazawa to the National Museum of American History on Thursday, February 19, for the Day of Remembrance event. The program will close with a live spoken word performance from him, after a viewing of David Ono and Jeff MacIntyre's The Legacy of Heart Mountain, a panel discussion, and display of artifacts from the camps.

This event is free and open to the public. Follow the event using hashtag #EO9066.

Ravon Ruffin is an intern in the Division of Work and Industry.