Getting free stuff in the mail can be exciting, especially if the stuff that’s free is new and novel. On the other hand, it can be frustrating to have unsolicited stuff pouring into your mailbox. From the mid-1990s to the early 2000s, households across the United States received promotional disks in the mail from online service providers. These mailings contained free floppy disks (and later CD-ROMs) for software that provided access to the World Wide Web (WWW), a browser-based application for connecting to the internet made available to ordinary consumers in the early 1990s. Disks in flashy packaging with eye-catching slogans hawked several free hours of web browsing to entice newcomers to the online experience.

The museum’s Computing Collection contains examples of these direct-to-consumer mailings of web browsing software. America Online (AOL) is well represented in our collection, but we also have disks from CompuServe, Prodigy, and Global Network Navigator.

AOL was notorious for aggressive direct-to-consumer marketing campaigns, as the company competed with other providers to get more consumers online, browsing the web, and paying to access it. Why did AOL opt for this aggressive and undifferentiated approach to gaining more clientele? The newness of browsing the web, joining chat rooms, and sending and receiving electronic mail were mediated by desktop computers outfitted with bulky monitors. To a consumer unfamiliar with computing technology in the early 1990s, gaining access to a personal computer and experiencing the dial-up process of connecting to the web were far from trivial activities. AOL’s “bundled solutions” offered a one-stop portal on a user-friendly interface at a time when more discriminating consumers could instead purchase separate providers, search portals, news sites, and map providers in an à-la-carte fashion. So how do you get a population unfamiliar with the experience of connecting to and browsing the web to buy into it? AOL’s approach amounted to bombarding consumers with promotional material from several avenues.

In addition to shipping disks to mailboxes across the country, AOL distributed disks as part of promotional sample packages at Blockbuster Video and placed them at stadium seats at NASCAR races, at the Super Bowl, at seats on American Airlines commuter flights, and even in flash-frozen packages for Omaha Steaks!

Jan Brandt was the mastermind behind the AOL marketing strategy. In an interview conducted by Brian McCullough for the Internet History Podcast, Brandt reflected on the marketing tactics she developed throughout the 1990s at AOL. “At that time floppies had value," Brandt said. "They weren’t cheap. If you went into the store, they probably cost 10 or 20 bucks for a 10-pack. So the fact that you got a floppy disk in the mail for free, it felt like it had some value.”

The mass mailing campaigns were effective in reaching households across the United States, but not without complaints from recipients who considered the unsolicited mail unwelcome. Over the mid to late 1990s, criticism of AOL grew in part because of the carpet-bombing method of advertising—as well as connectivity issues from enrolling too many users in a short period of time and the company’s sale of customer e-mail addresses.

A closer look at the packaging of the disks provides a window into AOL’s target markets, imagined users, and promises to its customers. One AOL mailing features a man in a business suit, tearing apart his white buttoned shirt to reveal a blue T-shirt bearing the AOL logo. The slogan at the bottom reads, “Experience the POWER of America Online!” Playing on the superhero subtext, the promotional material suggests that the target consumer was a white man who might work a routine office job by day and harness the power of the World Wide Web by night.

Another example from AOL appeals to the transformative potential of the internet, promising more knowledge, prosperity, and happiness to its users. It also emphasizes the ease with which one can connect, simply by inserting a disk—a novel activity for amateur computer users. “If you want to be more capable, powerful, connected, knowledgeable, productive, prosperous, and happier,” the mailing reads, “Just insert this disk!” It’s that easy. Just point, click, and connect . . . the more hours the better!

The novelty of receiving a computer disk for free in the mail was one thing, but being able to put the free disk to use was another. In the early 1990s, when the World Wide Web was in its infancy, only about 15% of households in the United States owned a personal computer. According to a study from the U.S. Department of Labor, by 1997, that figure rose to about thirty-five percent. Despite the steep rise in computer ownership over much of that decade, many people did not own their own computers. Folks who didn’t have a computer in the home could choose to access their e-mail and browse the web at a local library or a web café. While many promotional software mailings were never opened, the carpet-bombing technique paid off, as AOL became the largest service provider by 2000.

AOL’s direct-to-consumer mailings were phased out in 2006 as organizational and internet infrastructures evolved, along with evolving architectures of personal computing devices. In the last 30 or so years, the promotional mailing landscape has also changed, as our virtual inboxes get flooded with e-mails for online deals and other offers. Whether you’re excited about or frustrated by getting free stuff in the mail unsolicited, AOL’s legendary campaign maintains a special place in the history of the World Wide Web, as well as in the history of American marketing.

Alana Staiti is a curator in the Division of Medicine and Sciences.

The Computer Oral History Collection in the Archives Center at NMAH contains interviews with several notable figures in computing history, including Tim Berners-Lee, the inventor of the World Wide Web, and Marc Andreessen, founder of Mosaic. 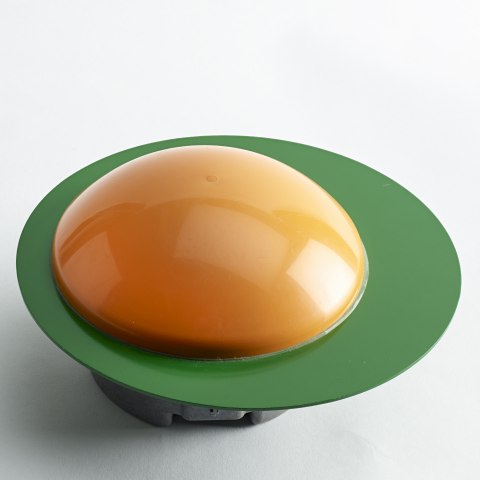