The first appearance of the "battlefield cross" is a matter of conjecture. It might have been during the Civil War, to signify a dead soldier to be gathered and buried during a truce called for that purpose. Soldier dead were buried in graves in temporary cemeteries near the battlefields, identified by simple wooden plaques. The configuration of the rifle pointed downward with a helmet perched on the stock was a more common sight during World War I and World War II. While the battlefield cross still acted as marker so that the Graves Registration Service personnel could remove the body for burial, it also began to serve as a memorial. Although it is called a cross, the memorial has no overt religious context. 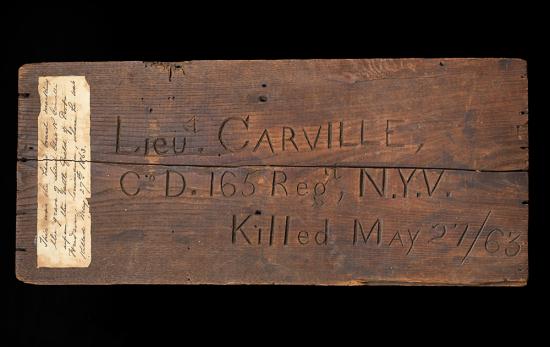 During the Korean War, changes were made to the process of handling the dead; instead of interring the soldiers in temporary military cemeteries, they were removed to staging sites to be readied for shipment to Japan and ultimately home. The battlefield cross memorial probably took on more significance during this time, as a way to provide closure for the fallen soldier's comrades. Richard Holmes put it best in his book, Acts of War: The Behavior of Men in Battle: "Proper burial of the dead, accompanied by a degree of formalized mourning, is as necessary for those who die in battle as it is for those who perish in more peaceful circumstances. Having some sort of focus for mourning is useful for the dead soldier's comrades." 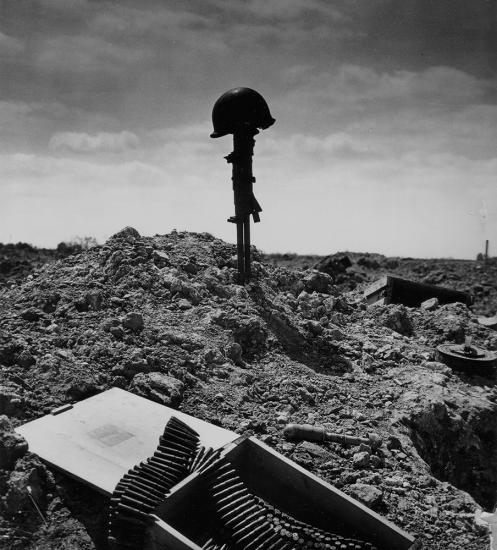 Beginning with the Gulf War in 1991, and during Operations Iraqi Freedom and Enduring Freedom, the latest version of the battlefield cross: rifle, helmet, boots, and dog tags, has become the symbol of loss, of mourning and closure for the living. The photographs shown here are of two different memorial services; one a formal service at the 503rd Airborne's home base in Vincenza, Italy, and the other in Afghanistan. Both of these young men are represented in the Armed Forces History Collections here at the National Museum of American History. 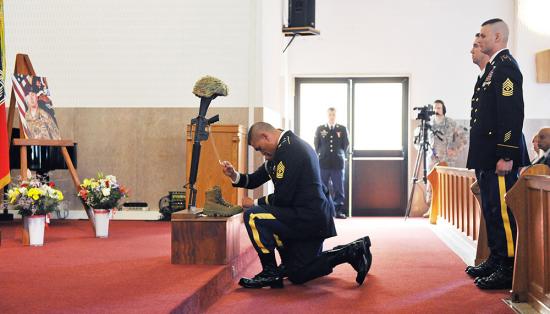 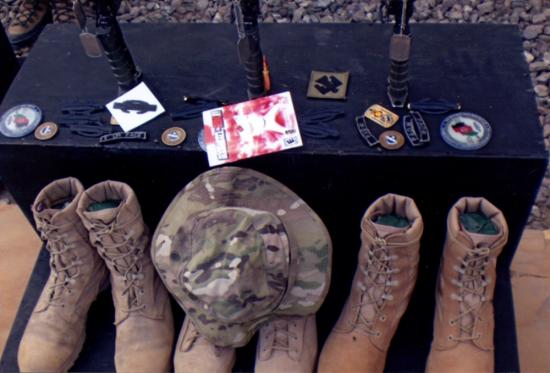 Interpretations vary regarding the meaning of the components, and how they are placed. The rifle facing downward means the soldier was killed in action; a rifle with a bayonet stuck in the ground tells us the soldier went down fighting. It’s not hard to interpret the placement of the boots or the presence of the dog tags: the soldier has marched the final march to battle, and he will never be forgotten.

Kathleen Golden is an associate curator in the Division of Armed Forces History. She is an avid blogger who covers a wide array of military topics. She urges you to take some time this Memorial Day to reflect on the meaning of the holiday. 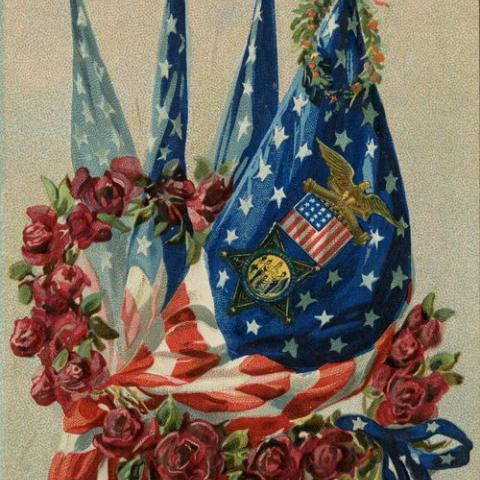