Behold the beer comb, a fancy bartending tool from drinking days of old

A tall head sits upon a lively body. An inviting aroma wafts forward. In a moment, the rising head is lopped off.

Your bartender pours beer into your mug and it begins to foam over. From a water-filled jar sitting behind the bar, she takes out her tool—a beer comb. Because she wants your beverage level with the rim of your glass, she beheads it with her comb. She returns the long, slender tool to the jar where it sits waiting for the next beer to be beheaded.

When beer is poured and beheaded, it is done with a tool known as a beer comb. You might know this item by another name—foam scraper, foam flipper, or head cutter. Whatever you call them, today these tools are made of stainless steel and their popularity has decreased to the point where no brewery in our nation's capital uses them when pouring.

Below you will see three beer combs, though they are not made of ivory as your eyes might lead you to believe. These tools are all made from celluloid, a material with an interesting history.

Celluloid experienced popularity during a unique time in American beer history, used extensively from the mid-19th into the early 20th century. Plant-based, the material was used to make billiard balls, pocket calendars, napkin rings, collars, brushes, letter openers, rulers, and mirror backs, and of course beer combs or foam scrapers. One of the largest producers was the Celluloid Corporation.

During that time, America saw the largest proliferation of breweries in its history with 4,131 in 1873, second only to today (4,144 in December 2015). The "noble experiment" or national prohibition of alcohol, generally listed as 1920–1933 (though the outlawing of beer came early to some states as well as the District of Columbia—in 1917—prior to 1920) was not long after.

Having addressed the why (for the beer's presentation) and the how (celluloid) of the foam scraper, the when is a bit trickier. Like America’s breweries leading up to prohibition, celluloid began to decrease in popularity as the 20th century pushed onward. In 1912 the number of breweries in America had decreased to 1,506, and in that same year the Albany Billiard Company switched to Bakelite, a synthetic plastic resin.

Neither the 1935 donation from the Celluloid Corporation nor the 2006 donation specify the dates the comb were manufactured. The question remains: are these celluloid objects pre-prohibition or post-prohibition combs? Marks on one comb do little to shed light on the date, but do provide more background. The Ballantine Brewery was established in 1840, originally incorporated as the Patterson & Ballantine Brewing Company. In 1857 Ballantine changed names to "P. Ballantine & Sons." But this alone does nothing to date the scraper, as we can only speculate that it was made before 1935 (when it was donated). 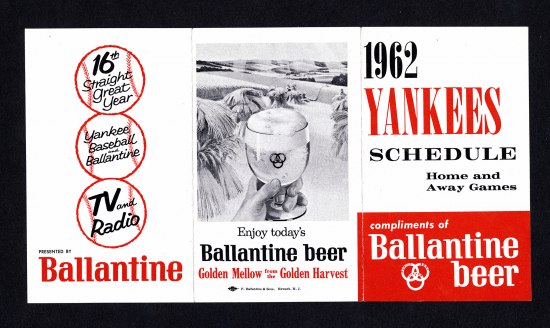 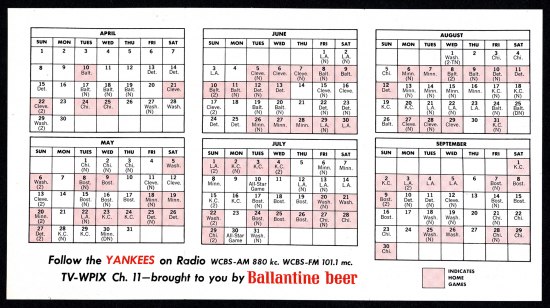 With a product like beer, there are branding opportunities at nearly every sip. From etching glass mugs to stamping a beer's identity onto plastic pitchers—and, of course, printing the brand's name on a beer comb—thousands of breweries did it. And it is something Ballantine did particularly well. Baseball fans will remember New York Yankees' announcer Mel Allen declaring a slugger’s home run a "Ballantine Blast" in the 1950s. Those in radio land who tuned in will remember the branding follow up, "Make mine a Ballantine!"

Both the Celluloid Corporation (the donor of the Ballantine flipper) and Ballantine maintained production facilities in Newark, New Jersey. It should come as no surprise that the celluloid production company would make a foam flipper for the brewery. It also appears that the Celluloid Corporation made foam flippers for their customers, but there is no way to know how many and for whom. What is somewhat surprising is that the company would not put its name on its own foam flippers. Were the combs to be branded by the buyer? The world may never know.

Beer combs most likely died out due to their unsanitary nature: a bartender scraped off the excess head and returned it to the glass of water. Before long this water was unclean and could cause harm to drinkers. Did the bartender know at that time it was unsanitary? Certainly bartenders would not knowingly want to contaminate customer drinks.

A post-prohibition patent shows that one designer intended to solve this problem. The patent for a "sanitary beer comb and cocktail mixer receptacle" was filed by Peter Solinas. It recirculated the water in an attempt to keep the receptacle that held the scraper sanitary.

What we do know is that these beer combs bring alive a clouded history of both American popular culture and our continuing love of beer. Today your bartender might let your glass of lager or ale foam up but they likely won’t cut the foam with a comb or a scraper. 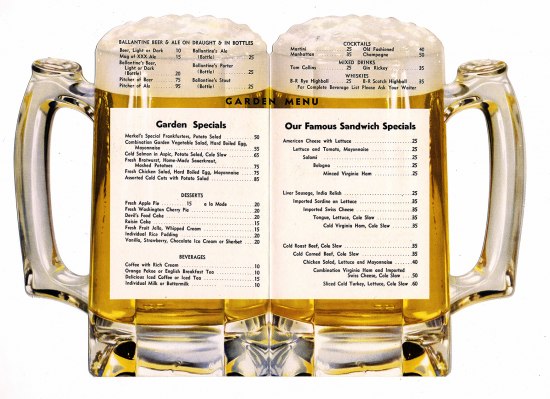 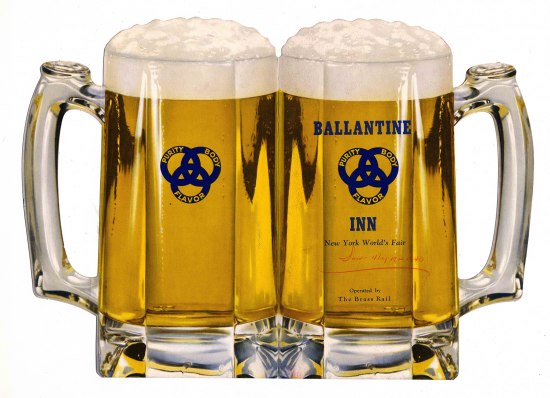