Boy Scouts and barracks: Learning about Japanese American incarceration ahead of the National Youth Summit

After the attack on Pearl Harbor in December 1941, Executive Order 9066 forcibly removed all people of Japanese ancestry, citizens or not, from the West Coast of the United States and confined them in isolated incarceration camps throughout the western United States and Arkansas. Stripped of their homes, privacy, and anything they couldn't carry with them, about 120,000 people spent most of the next three years behind barbed wire. They lived in cramped and crudely constructed barracks, treated as outsiders in their own homeland. 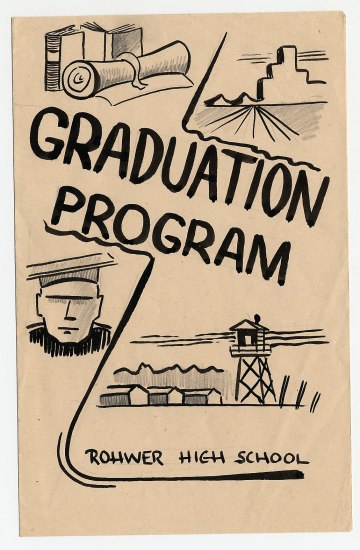 At the Japanese American National Museum (JANM) in Los Angeles, California, visitors can see some of those barracks and talk with docents, now in their 70s and 80s, who spent part of their childhood incarcerated. Among them is Bill Shishima.

A young boy when the attacks on Pearl Harbor occurred, Shishima has vivid memories of the dehumanizing treatment he endured. One of the things that helped him maintain his youth and humanity was his participation in the Boy Scouts at Heart Mountain Relocation Center in Wyoming, which had enough troops to have its own Boy Scout council. "Scouting," Shishima says in a short video filmed at JANM, "that was my life, actually." After World War II, he went on to serve in the military and later returned to become a scout leader. Today, Shishima travels across the United States sharing his story of survival and speaking out in favor of civil rights and against social injustice. 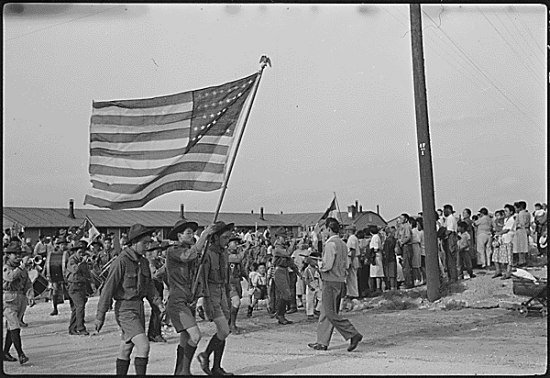 The image above of a patriotic celebration taking place in a Japanese American incarceration camp tugs on my heartstrings. The irony is inescapable. Young people and elderly alike maintained their American-ness, despite the fact that their most basic rights had been ignored. The story of the Boy Scouts in the camps gives voice to the very real stories and real lives that were affected.

This story is not just inspirational, it's one that is relevant to our nation's present and future. That's why I'm excited that the museum is partnering with the Japanese American National Museum to bring these stories to middle school and high school students as part of our National Youth Summit on May 17, 2016. Scholars, activists, and survivors will share experiences and answer questions from the audience in an interactive webcast. Our partners include museums in the Smithsonian Affiliates network, the National Endowment for the Humanities, and PBS's American Experience. Leading up to the summit, we will share objects and stories to engage middle school and high school students in this history.

Mia Calabretta is an intern with the museum's education outreach team. Find more resources or register to join the event. Although the summit is designed for middle school and high school students, it's open to everyone, and she highly encourages fans of American history to tune in. Before the summit begins, she recommends reading this short note on terminology related to the Japanese American experience and browsing these images in which JANM volunteer Ike Hatchimonji revisits a barrack at the Heart Mountain Concentration Camp. 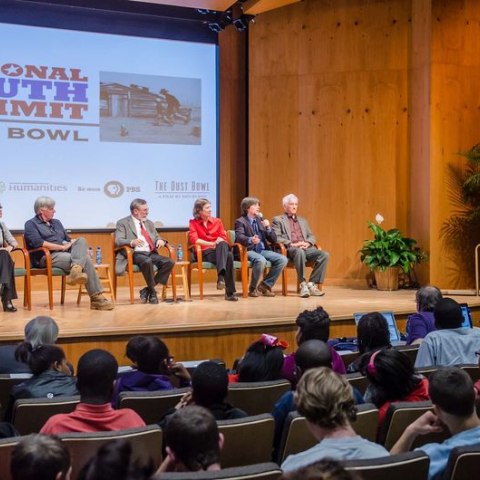