February 27, 2015, marks the 75th anniversary of the discovery of the radioactive carbon isotope, carbon-14, by Martin Kamen and Sam Ruben at the University of California Radiation Laboratory. Willard Libby would later win a Nobel Prize for developing a method for dating archaeological materials using carbon-14. To celebrate, we chat with Modern Physics curator Roger Sherman about two carbon-14 dating apparatuses in our collection, one from Libby himself and another from Charles Tucek, who went into business dating carbon-14 samples for archaeologists.

Can you tell me about the broad importance of carbon-14?
It completely revolutionized archaeology in particular, but other subjects like geology as well because scientists now could get absolute dates for organic materials. Before that in archaeology, unless they were dated inscriptions for instance, only relative dates were possible. You could say that one thing that was buried more deeply was older than something else, but you couldn't say how much older or how it compared, say, with another object from another culture in another place.

Can you give me a general overview of the Libby apparatus?
Sure. What we have is not the complete apparatus, but it's the heart, the most essential part. It consists of a brass cylinder that was used as a specialized Geiger counter to measure very precisely the radiation that was given off by the carbon-14 in these samples. The problem in doing that is, first of all, the radiation is very weak; there's not much of it. And secondly, what there is is not very energetic, so it's easily absorbed. So one feature of this device is the carbon is actually inside the chamber. There are no solid walls that the radiation has to penetrate.

Then the next important characteristic is that in any radiation measurement like this you have to take into account external radiation from cosmic rays coming in from outer space, and from small amounts of radioactive material in the air, radon, and in building materials and coming up from the ground. That's a real challenge to deal with, and the way Libby solved it was by combining several techniques. 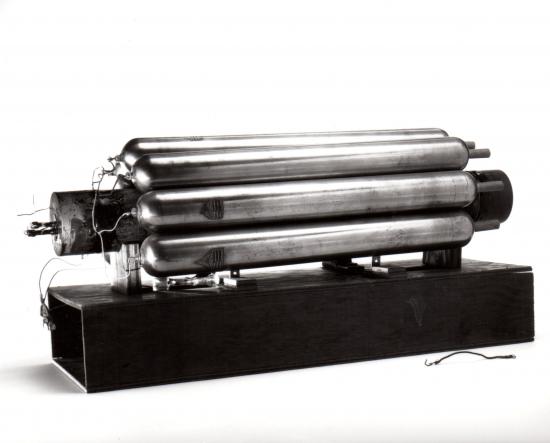 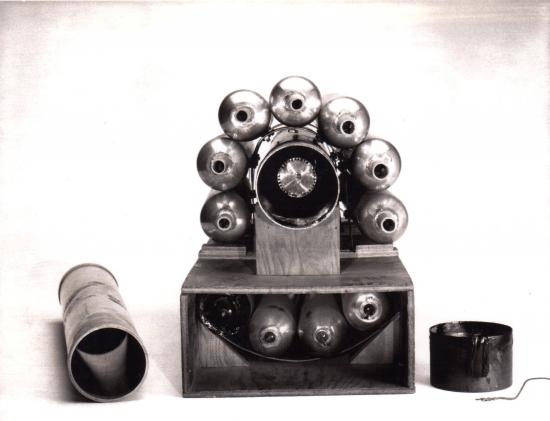 The first thing was to set up a series of Geiger counter tubes all around the actual counting tube. Those were connected electronically as anticoincidence counters. If a cosmic ray with high energy came shooting down and if it passed through the carbon-14 counter, the apparatus would register a count. There would be no way of knowing whether it came from a carbon-14 nucleus or from a cosmic ray. But if it's from a cosmic ray, it passes through the chamber and keeps on going. So if you have another Geiger counter above and it passes through that, the main chamber, and another one down below, the electronics can detect that and say "that can't be a carbon-14 nucleus decaying" because that would have affected at most only one of the tubes.

It’s a clever technique, Libby didn't invent the technique, that dates back I think to the late 1920s, in cosmic ray work, but as a way to screen out or eliminate the effect of cosmic rays it was essential to this technique.

But then you also have to screen out weaker radiations, and that was done by, well at first he tried having a lead shield but it turned out that the lead itself was contaminated very slightly but enough to be a problem. So he ended up using sheets of steel that were not contaminated and so he had a big enclosure built out of this heavy metal.

What's the date of the apparatus we have from Libby?
I think it's 1949. We don't really know. He probably had a number of stages of apparatus. When you read his papers it becomes evident that there were all these practical problems, like shielding out the [outside] radiation that he had to deal with. What I think is one of the interesting and enjoyable characteristics of all this is it shows how much this work was a craft—he had to learn. There's a neat description in his paper of the procedure of applying the layer of carbon to the inside of the chamber to make a smooth, even coat. And that was something that was a manual skill that he had to develop. There were probably lots of techniques he tried that didn't work that are not in the paper. 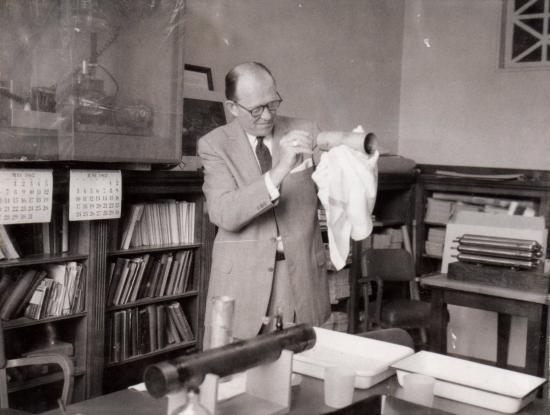 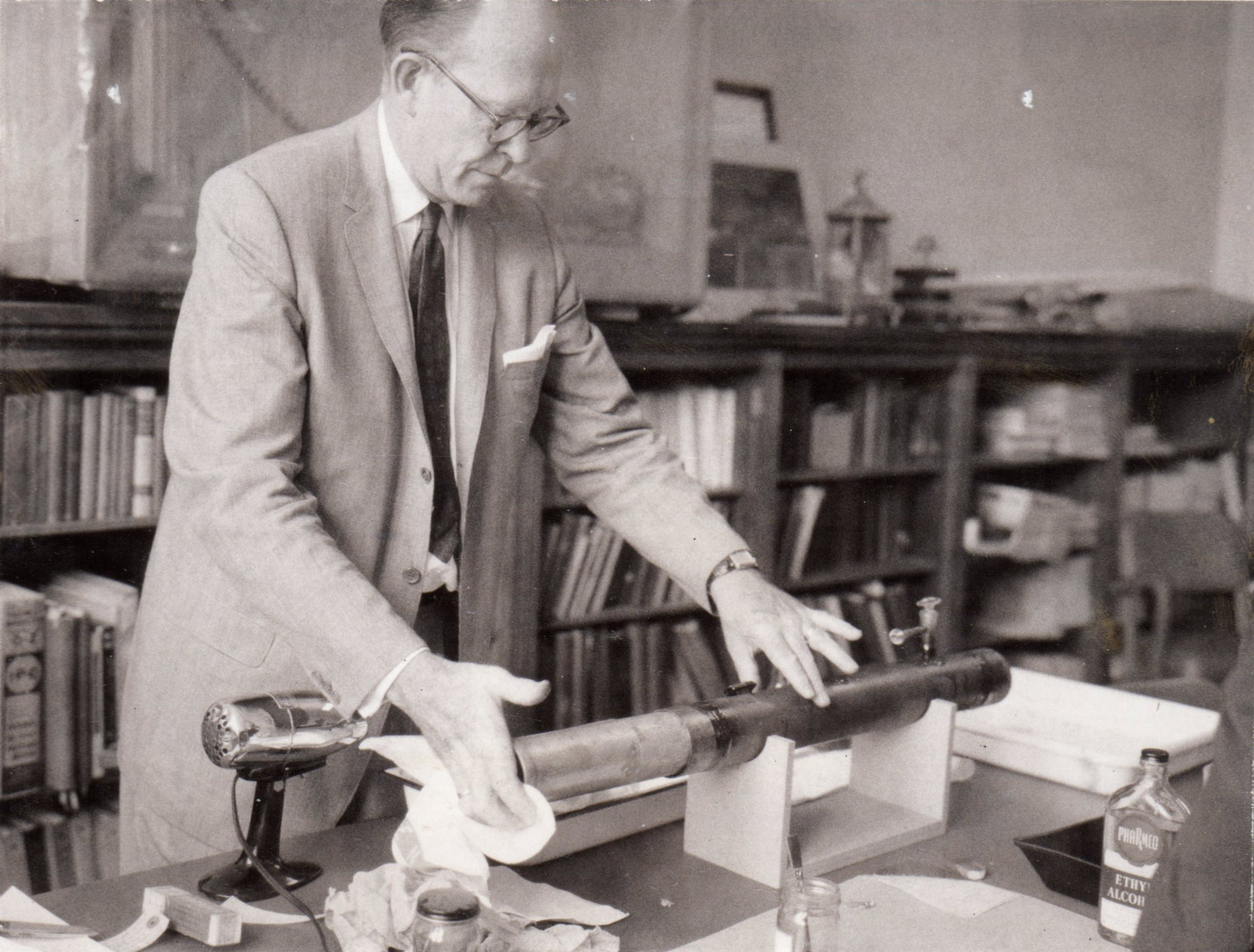 What can you tell me about the Charles Tucek apparatus?
Tucek studied the carbon-14 method, I think in the 1950s, at Columbia. Then, he lived in Texas and he decided to go into business dating carbon-14 samples for archaeologists. So he set up in his house a whole system to do this including this glassware that was for treating samples and converting them to carbon dioxide which was then stored in glass bulbs so that any radon that was mixed in would decay. 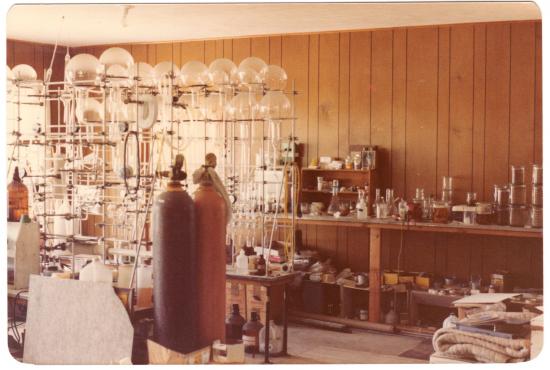 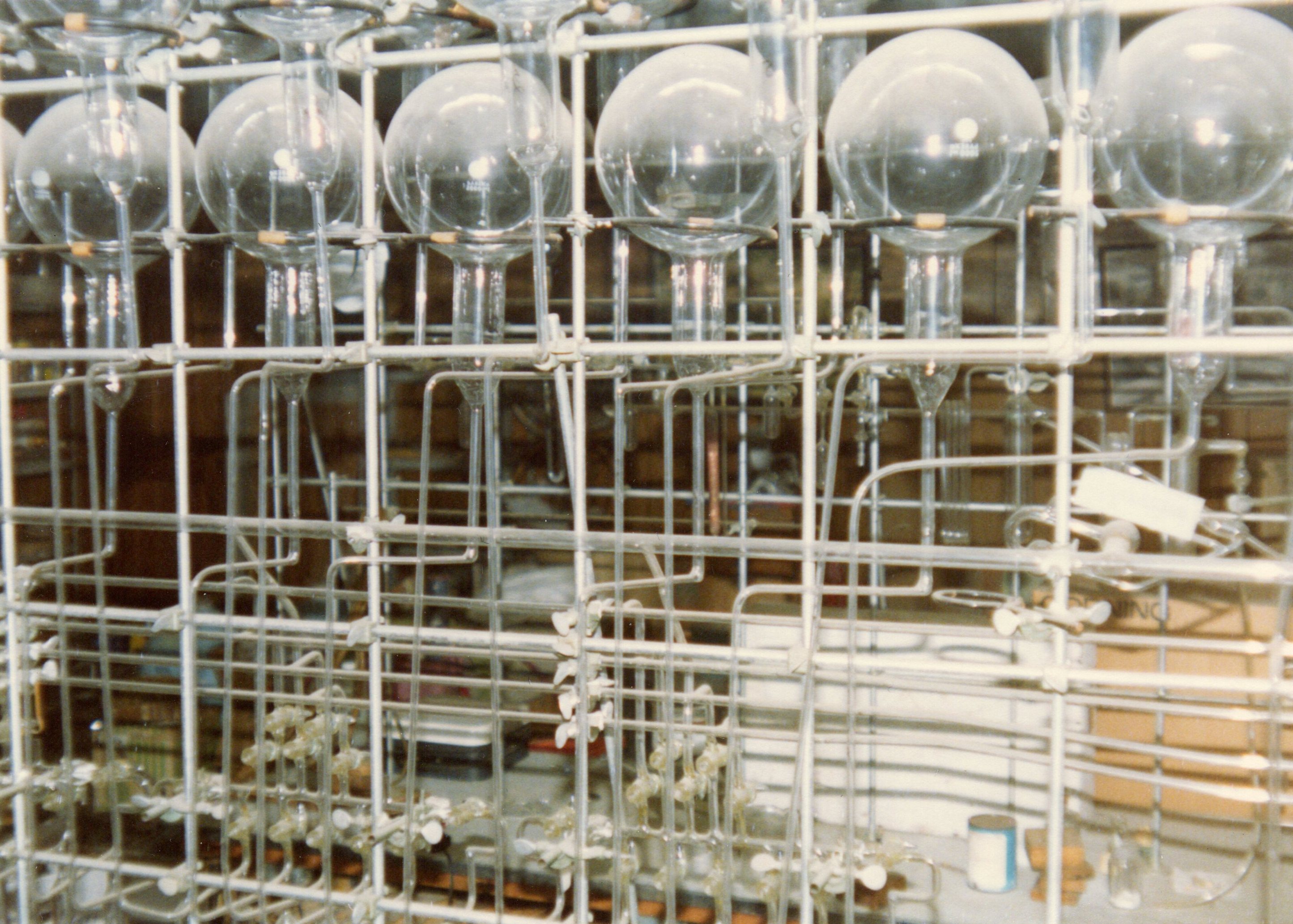 The apparatus is very delicate. It's got all these glass tubes and bulbs and stopcocks and everything. And Tucek, he put it together bit by bit. He started out small and he had kind of a U-shaped bench in his lab with metal rods and the whole apparatus was supported by these metal rods and when he needed to add something or change it he’d just join the glass with a torch of some sort. He knew how to do that kind of work, so when the time came to take it apart, he was able to break the tubes carefully in a logical way. He broke the apparatus down into parts we could handle.

Did you get the sense that this was kind of a strange thing, to have someone run a set up like this in their home?
Well it was unusual, yes. The impression I have is that most carbon-14 dating is done either by university laboratories or by fairly sizeable companies that are set up to do it and not just by private businesses. He saw an opportunity and he took advantage of it, it's a nice entrepreneurial story. 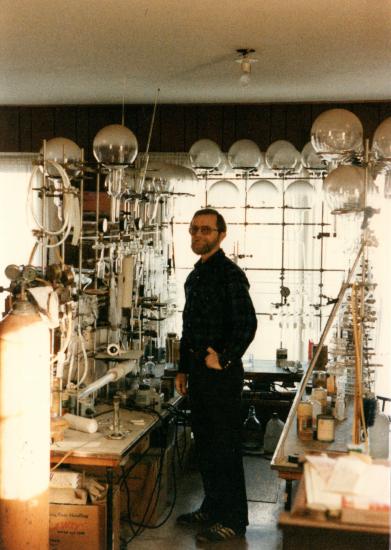 Mallory Warner is a Project Assistant in the Division of Medecine and Science. She has also blogged about a fire in the Smithsonian Castle and the birth of biotech. By the way, the Chemical Heritage Foundation has the "Libby Shield" and features it in a YouTube video. 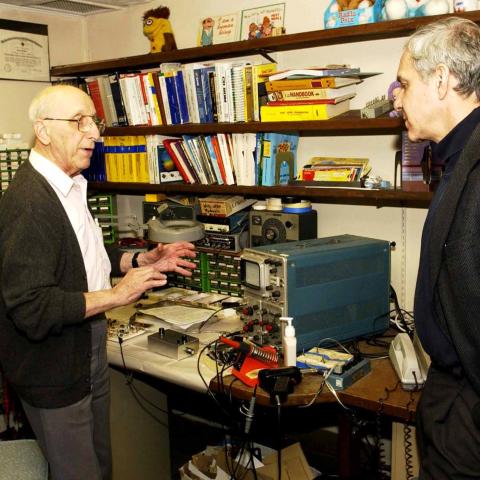 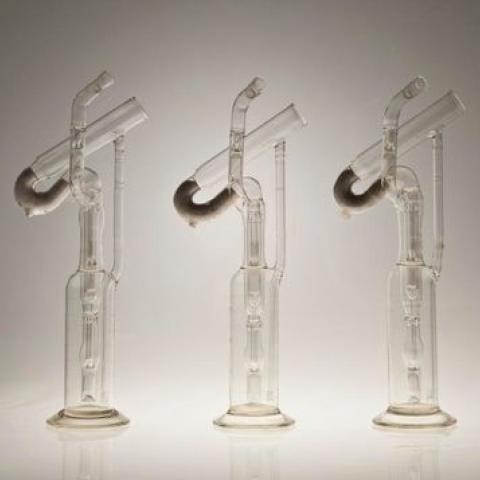