Seventy-five years ago, President Franklin Roosevelt issued Executive Order 9066. While the order avoided naming any particular ethnic group, the president and his advisers intended it to target Japanese Americans. Military officials "evacuated" Americans of Japanese ancestry to "relocation centers." 120,000 men, women, and children had just days to divest themselves of all they owned—their homes, farms, and businesses—and take only what they could carry to far-flung prison camps from Arkansas to California. For years afterward, people like my grandmother Bette Takei (née Sato), were forced to live behind barbed wire, under the gaze of armed guards. 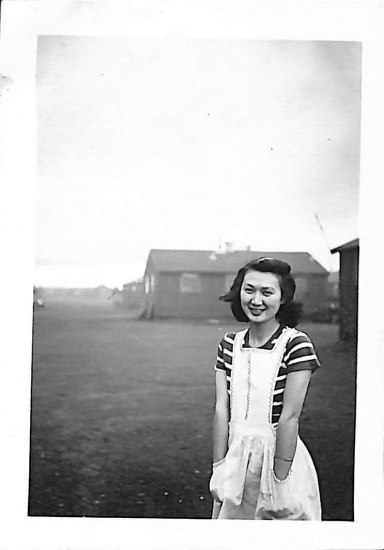 Grandma was 23 years old. She'd grown up in Walnut Grove, a small rural Japantown in California, with aspirations of becoming a fashion designer. She attended junior college in Sacramento, but her ambitions were thwarted when she was forced into the euphemistically named Tule Lake War Relocation Center. Armed guards patrolled this prison camp, which was completely enclosed by barbed-wire fences. Dust and fine grit constantly blew through the walls of the hastily constructed barracks, and—in a shock to her modesty—the toilets and shower stalls in the communal latrines stretched in long, open rows with no dividers.

She briefly escaped by marrying my grandfather Kuichi "Jim" Takei, a 30-year-old sergeant who had been drafted into the U.S. Army before Pearl Harbor and—despite being reclassified as an "enemy" for his Japanese ancestry—instructed to remain in the service. They had met only once before the war, but Bette began a correspondence with Kuichi. When she suggested marriage in mid-1943, he was surprised and flattered—and accepted her proposal. Kuichi was stationed at an army base in Mississippi, and Bette obtained authorization to leave the prison camp to get married to Kuichi there. For several months, they lived together in a cramped house with multiple other newlywed military couples. But at the end of the year, he was ordered to deploy to Europe in a racially segregated artillery unit. He took with him a thousand-stitch belt, or senninbari, that his mother had sewn him for good luck, and which is now part of the Smithsonian's collection. His battalion was among those that liberated survivors of the Nazi death camp at Dachau.

After Kuichi deployed, Bette returned to be incarcerated with her parents and siblings, who had by then been transferred to another prison camp in Colorado. So, while Kuichi fought for the allies in Europe, my grandmother Bette waited for him in an American version of a concentration camp. (Note: Language matters when talking about the experiences of Japanese American during World War II. The author prefers to use the phrase "concentration camp" here. Learn more about the language of incarceration in our online exhibition.)

The War Department justified the action as being a "military necessity." These officials claimed that Japanese Americans had deliberately settled "adjacent to strategic points" and were using radios to send covert signals to Japanese navy ships. They continued making these claims even after the FBI, FCC, and Office of Naval Intelligence investigated and debunked them. A bipartisan federal commission concluded years later that the prison camps had no military purpose and had been borne of "race prejudice, war hysteria and a failure of political leadership." 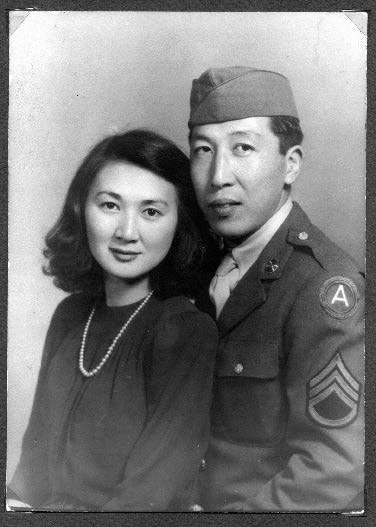 Executive Order 9066 was not just a product of immediate wartime panic. It was also enabled by years of virulent, systematic racism against Asian Americans. As a child, my grandmother attended racially segregated schools because officials prohibited children of Japanese descent from attending the same schools as white children. For decades, federal officials had targeted Chinese and Japanese immigrants with discriminatory immigration controls and conducted surveillance of their communities. And many newspapers encouraged anti-Japanese sentiment by falsely portraying these immigrants as dangerous criminals.

After the attack on Pearl Harbor, people with high positions in government swiftly acted on these sentiments. This included Lt. General John L. DeWitt, who famously declared that "a Jap's a Jap" regardless of U.S. citizenship, and Colonel Karl Bendetsen, who insisted along with DeWitt that the absence of evidence against Japanese Americans was reason to suspect them of wrongdoing: "The very fact that no sabotage has taken place to date is a disturbing and confirming indication that such action will be taken." These individuals used their positions to convince the president and the War Department to begin a mass roundup of Japanese American communities. When cases challenging the roundup and incarceration finally reached the U.S. Supreme Court, the high court relied on DeWitt's and Bendetsen's lies and misinformation to uphold the government's actions as constitutional. 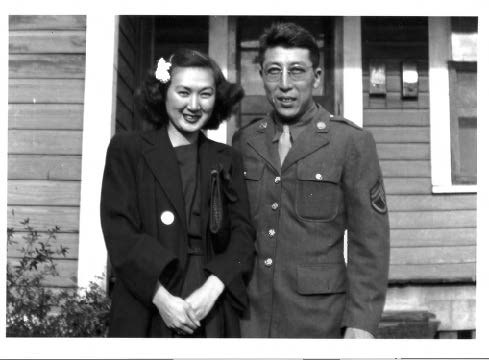 Years later, that Supreme Court decision, Korematsu v. United States, came to be almost universally regarded as a stain on American jurisprudence, and in 1988, President Ronald Reagan signed legislation apologizing for and granting reparations to the survivors of the World War II incarceration. The damage, however, had been done. As President George H.W. Bush wrote in his apology letter to my grandparents, "We can never fully right the wrongs of the past. But we can take a clear stand for justice."

That letter hangs on the wall of my parents' house. It reminds us that our freedoms are fragile.

Carl Takei is a staff attorney for the American Civil Liberties Union. His grandparents were imprisoned in the Japanese American Incarceration camps.