Celebrating 25 years of the Americans with Disabilities Act

Activist Justin Dart, Jr. called it a "commandment." Some people think of it as a tangle of regulations, standards, and guidelines. Above all, it is a powerful and official statement on human rights and dignity. In July, this landmark piece of legislation turns 25: the Americans with Disabilities Act (ADA). 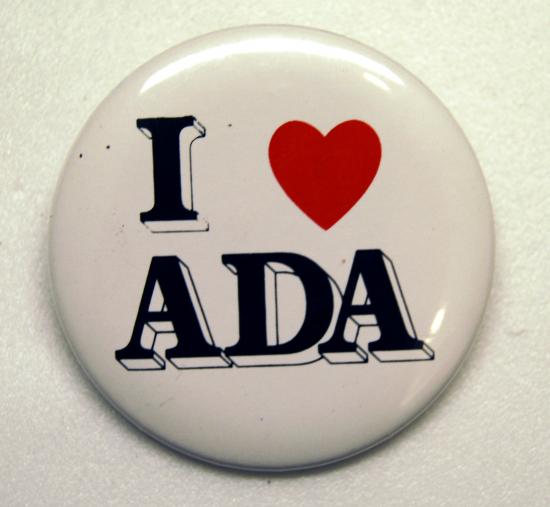 President George H. W. Bush signed the ADA in front of hundreds of people on the South Lawn of the White House. In his speech that day, President Bush hoped that the law would break down "the shameful walls of exclusion" that people with disabilities encountered throughout their lives. The ADA's purpose was to make discrimination illegal by prohibiting employers from disqualifying people who had a disability from jobs and requiring reasonable accommodation. In the first year of its existence, 12,000 individuals used it to file discrimination complaints with the U.S. Equal Employment Opportunity Commission.

There is much to celebrate about what has been achieved over the years even as the pursuit of equality and civil rights for people with disabilities continues. The struggle for rights dates back many decades and is shared by many groups. The Fourteenth Amendment, intended to guarantee the rights of former slaves, contained the phrase "equal protection of the laws" and has been the consistent legal tool for citizens seeking equality and equity since it was ratified in 1868. Citizens, acting through the United States Congress and the states, have made many laws and policies related to disability rights, including Social Security (1935), Randolph-Sheppard (1936), Hill-Burton (1946), Medicare and Medicaid (1965), the Architectural Barriers Act (1968), the Rehabilitation Act of 1973, Individuals with Disabilities Act (1975, originally), the Fair Housing Act (1988) and many more. The greatest of these in sweep, impact, and empowerment is the ADA.

In 1986, the National Organization on Disability (NOD) commissioned a Louis Harris opinion poll that captured the widespread discrimination and misunderstanding about disability in the United States. Few people with disabilities had employment or sufficient income for basic needs; most did not feel included in American social life, nor did they have a sense of pride or shared identity about themselves. This was despite many decades and numerous laws designed to end discrimination. 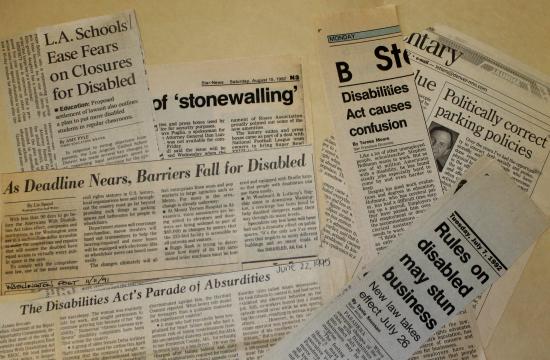 Not surprisingly, in the first few years after the law took effect, businesses, schools, and other public entities scrambled to figure out what had to be done to existing environments and new ones. There was a lot of discussion (often heated) and many lawsuits around building ramps, replacing hi-pile carpeting, adding accessible door handles and flashing alarm lights, changing the way job descriptions were written, installing Braille signage, providing captions on TV shows, and making elevators talk. Editorial columns exploded about how to get a young girl included in the school band, taking a service animal into a theater or on a trip to Hawaii, and whether a golfer could use a motorized cart during tournaments. Working out the meaning of "reasonable accommodation" reshaped urban landscapes and relationships among people. 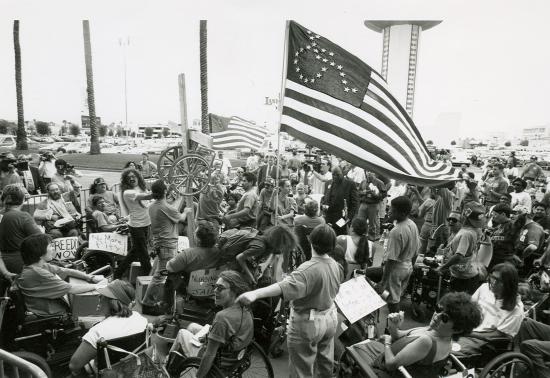 For the anniversary, we are planning a big to-do for three days here at the museum. The Smithsonian has been working with the Kennedy Center and the VSA, the international organization on arts and disability, for months to get ready for the occasion. Festival ADA: 25 Years of Disability Rights highlights the impact and significance of the ADA.

An important part of the festivities is our ADA display, opening July 20. In deciding how to put the huge history into a small showcase, we decided to point to four aspects—the damage done to people when there is no legal protection, how government did the right thing in passing the ADA, the need for active citizens, and some gains that have come from the law—by exploring the lives of four people. The four are Junius Wilson, Justin Dart, Jr., Lois Curtis, and Cyndi Jones. 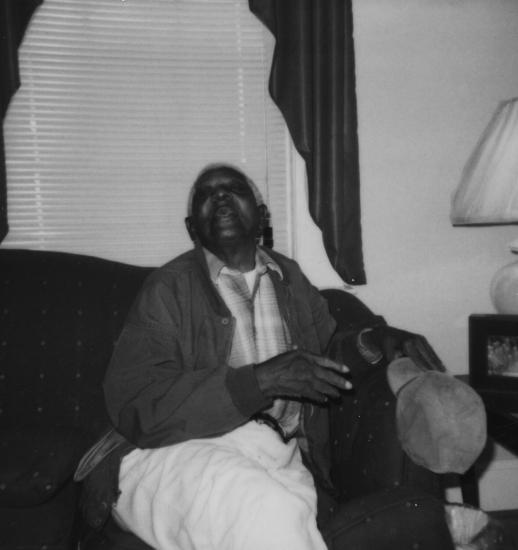 Junius Wilson did not have protections and was institutionalized for most of his life. 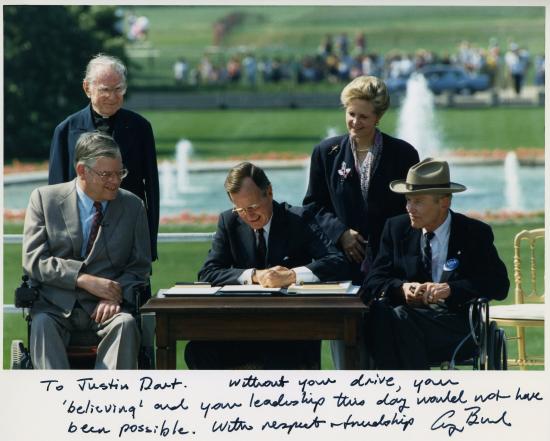 Justin Dart, Jr. was a tireless advocate for disability rights and spent much of his career in government and politics, behind the scenes and in front of the mic. 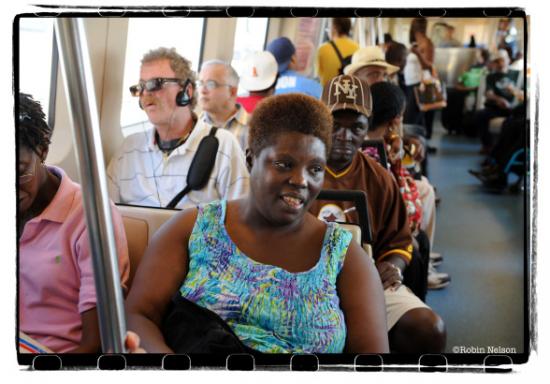 With the ADA on her side, Lois Curtis (along with Elaine Wilson) bravely sued the state of Georgia to be released from an institution, winning a victory for herself and thousands of others. 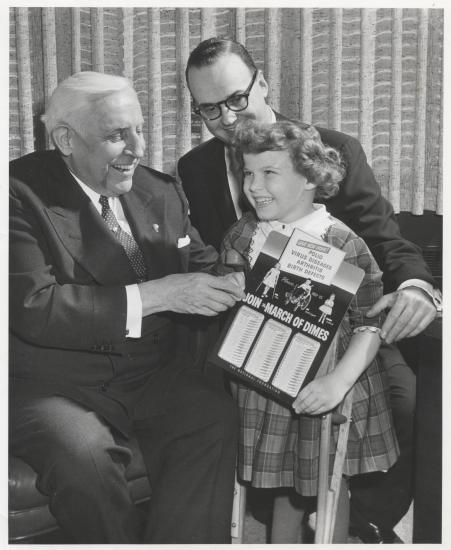 Activist Cyndi Jones has fought stigmatizing language, attitudes, and regulations as a magazine publisher and now as a minister.

In addition to the showcase, the museum will host a series of films; a performance by Mat Fraser of his original piece, "Cabinet of Curiosity: How Disability Was Kept in a Box"; the opening of a disability history archive of historical materials; a special U.S. Postal Service stamp cancellation in honor of the anniversary; a visit from the ADA Legacy Bus and museum that have been traveling around the country; a symposium about Latino/as and disability, and a festival of disability culture on the museum's terraces with many of the people who were part of the fight for ADA passage. The festival also includes demonstrations of technology, gaming, art, dance, and displays of accessible way finding, transportation, and more. We'll also be inundating the blog and other social media (especially Twitter) with information and reports so people can follow the action even if you are not here, starting with a bunch of blogs (such as this one on the Iron Lung) from University of Massachusetts, Amherst students and others about the history of disability.

On Wednesday, July 15, 2015, we'll host an international conversation on Twitter and other social networks called #DisabilityStories. Join in! 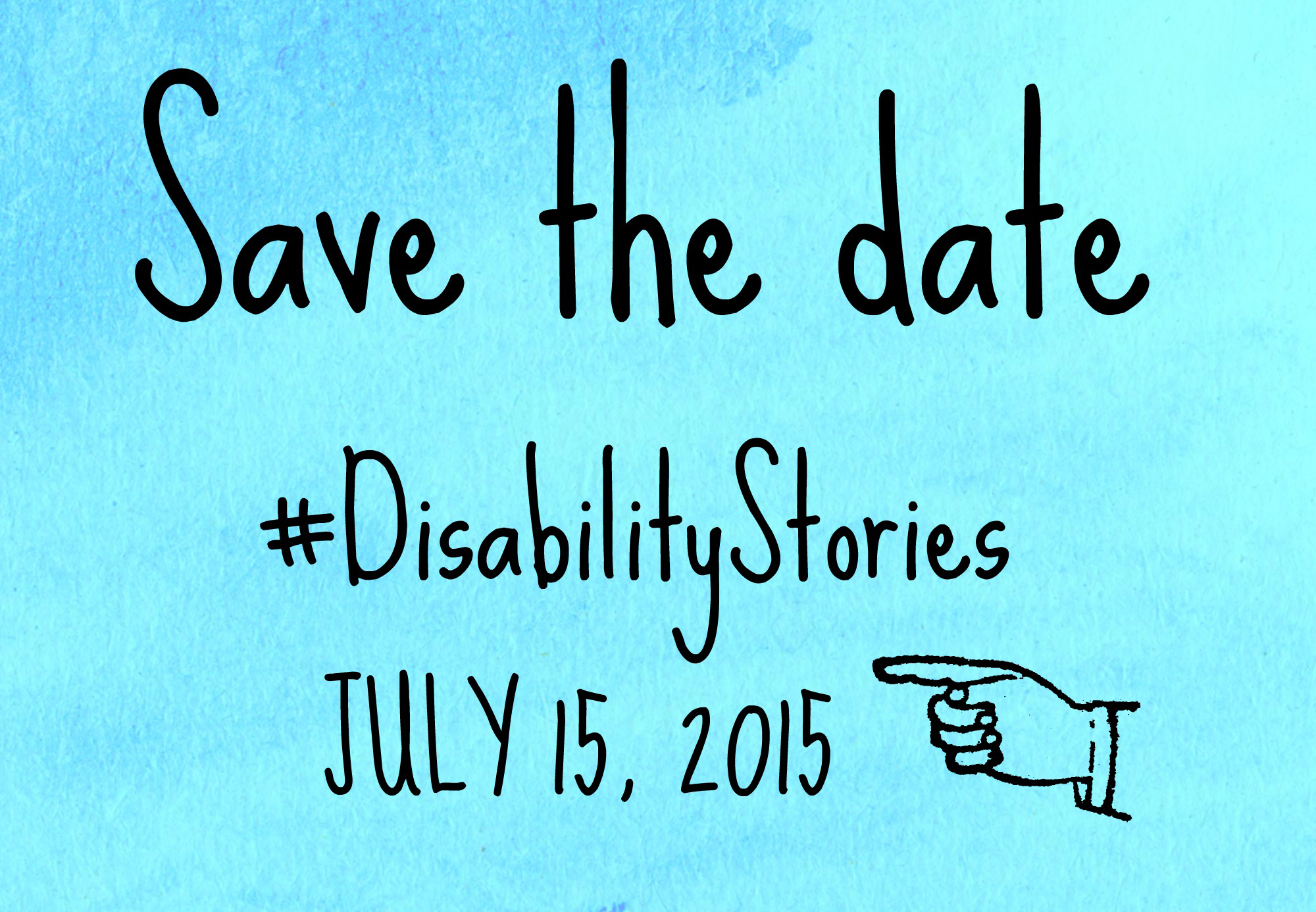 Katherine Ott is a curator in the Division of Medicine and Science. She has also blogged about "universal design" and her online exhibition focusing on disability history. She recommends blog posts on the history of the iron lung and Patrick Henry's wife's mental illness.

Posted in From the Collections, Medicine & Science, Stories of Freedom & Justice, Disability History