Pure Cotton with a Berry on Top: The Legacies of Chuck Berry and James Cotton

Only a few days after the passing of James Cotton, one of the country's greatest blues harmonica players, we lost one of our greatest songwriters, Chuck Berry. They represent two of a small cadre of artists who in the 1950s electrified the country's musical imagination. 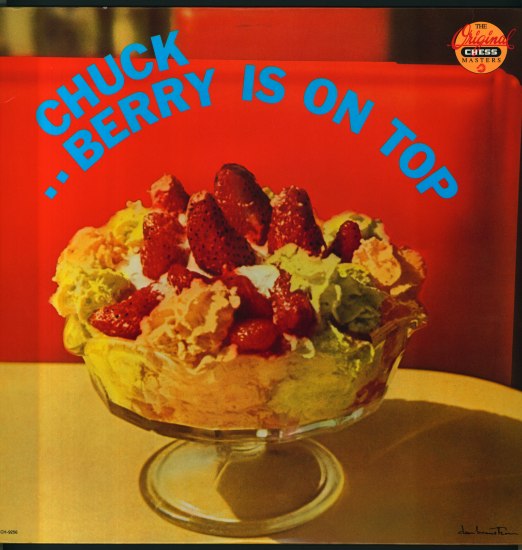 Their early lives were marked with struggle. Although born into a middle-class family in St. Louis, Missouri, in 1926, Berry and his family were forced to endure the hardships of second-class citizenship in a highly segregated city. Berry eventually quit high school and as a teen got into legal trouble with friends, landing three years in a reformatory.

Cotton was born in 1935 into a sharecropping family in Tunica, Mississippi. By the time he was seven years old, Cotton was driving a tractor into the fields. In later years he would refer to those conditions as akin to those of what he called the "Old South," complete with overseers to coerce his family. "There was the boss; he'd tell the farmer what to do and he'd do it," Cotton said in a 2001 interview with the Austin Chronicle.

Both experienced hard times early in life, and both sought their salvation in music.

Through that quest, of course, they delivered to the world the revelation of their music. The museum's collections include several artifacts that document their long careers.

Berry's earliest recordings with Chicago's Chess Records betray his broad musical palette: he built "Maybellene," his first hit, upon the foundation of "Ida Red," a song recorded by Bob Wills and the Texas Playboys that appeared years earlier on the hillbilly charts. The museum maintains a copy of this first single, as well as over 90 of Berry's other singles and albums.

Berry also thrilled at the joyful romp of Fats Domino's New Orleans piano, and the smooth vocal delivery of Charles Brown. As contemporaries who climbed multiple Billboard charts during the 1950s, Berry, Brown, and Domino joined dozens of other acts in "The Biggest Show of Stars for '57." The museum's collections include a program from this package tour, which visited nearly 80 cities in just about as many days on the road. Berry is prominently featured with his familiar coiffed hair and smile in the lower left quadrant of the program's vibrant cover. 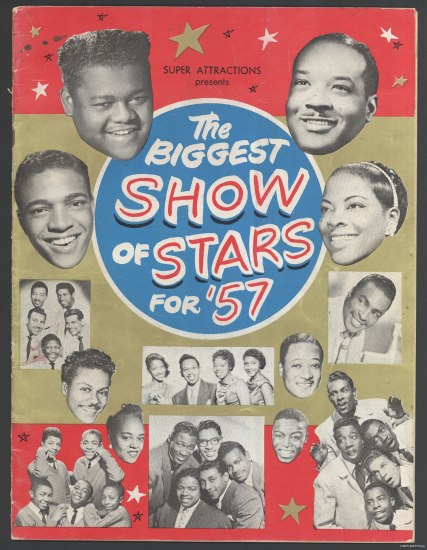 Although this all-star review triumphantly conquered great swaths of the United States in 1957, Berry faced a particularly discerning audience at Harlem's Apollo Theater just a few months later. The longtime manager and later co-owner of the theater, Frank Schiffman, cut no breaks in his assessment of Apollo performances. In fact, he created hundreds of index cards over the years that provided nightly critiques of all the acts that played there in order to guide future decisions about which acts to book. Schiffman had been earlier impressed with Berry when he debuted at the Apollo on November 18, 1955; following the appearance he noted, "Berry is an excellent guitarist and blues singer. Registered nicely although not as exciting as Bo Diddley." At the end of Berry's performance on March 13, 1958, however, Schiffman simply noted, "very bad experience. No drawing power at all." Even at the peak of their powers, musical revolutionaries like Chuck Berry could perhaps have an off night now and then. Schiffman's sons donated his business papers from the Apollo Theater, including this incredible collection of index cards, to the Archives Center at the National Museum of American History. 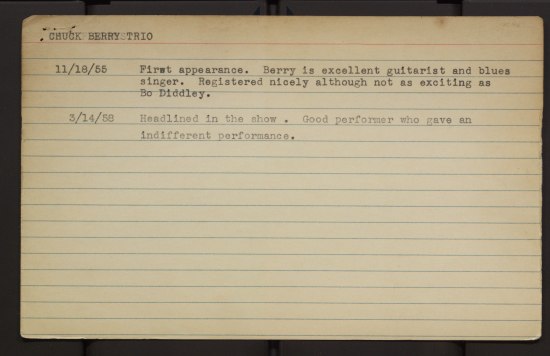 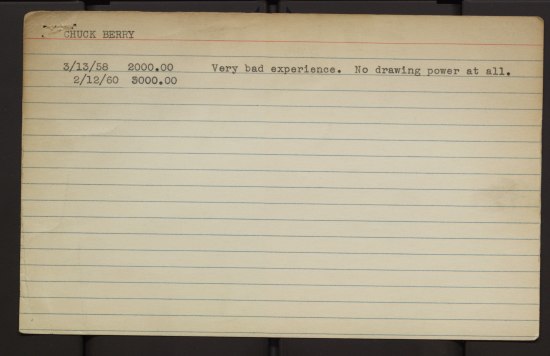 Despite a slow night at the Apollo, Berry's career gathered steam. His 1959 album Chuck Berry is On Top featured six hit singles, including "Roll Over Beethoven" and "Almost Grown." In the midst of composing this streak of teenage anthems, he also placed on this album his Latin-tinged "Hey Pedro," as well as "Blues for Hawaiians," a quiet, lilting instrumental that he recorded on a steel guitar—additional acknowledgements of the widely dispersed influences that he proudly wore on his sleeve.

Other museums at the Smithsonian Institution have collected some incredible Chuck Berry objects. The National Museum of African American History and Culture currently features Berry's 1960 Gibson guitar and his 1973 Cadillac in its Musical Crossroads exhibition. And a duplicate copy of a Berry track NASA shot deep into space on Voyagers 1 and 2 is maintained in the collections of the National Air and Space Museum. Carl Sagan and other astrophysicists had seemed to agree in 1977 that one of Berry's classic compositions, "Johnny B. Goode," had figuratively absorbed into humankind's DNA—that year, 19 years after the song's release, its grooves were carved into the gold-plated record.

Berry received his first break when he followed Muddy Waters's advice to send a demo record to Chicago's Chess Records. This tip led to Berry becoming labelmates with the second musician we are remembering this week, James Cotton.

Cotton's interest in the harmonica began early, when he heard his mother play one to imitate the sounds of farm animals and trains. Both of his parents died by the time he was nine. By then, his harmonica skills were earning him more money in one night than he could make in the fields in two weeks.

Cotton's work ethic at such a young age was extraordinary, his early résumé almost incredulous due to the legendary performers who hired him: at nine he began touring roadhouse circuits full-time with Sonny Boy Williamson; around the age of 14 he began a two-year stint playing harmonica each night for Howlin' Wolf. He stopped in Memphis, Tennessee, long enough in 1954 to cut his own songs at Sam Phillips's Sun Studios, including "Cotton Crop Blues," a scorching indictment of the poverty of sharecropping. Later that year he played his first gig with Muddy Waters, and continued with Waters in Chicago until 1966, when he launched a solo career.

Cotton timed his solo break to take full advantage of the blues revival then lighting up college campuses and concert stages. He signed with Bob Dylan's manager, Albert Grossman, and enjoyed tremendous success in the years that followed. The museum maintains several of Cotton's records from this period, including Pure Cotton. 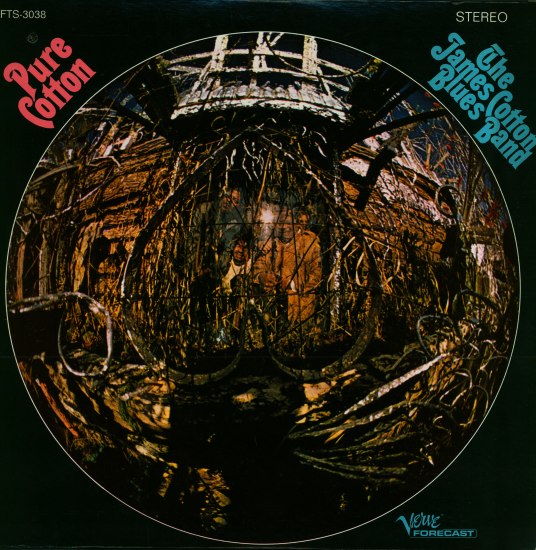 James Cotton later donated a diatonic Hohner harmonica in the key of A to the museum. Soon after, he stopped by to visit it in our 1991 temporary exhibition, Small Wonder: The Harmonica in America. 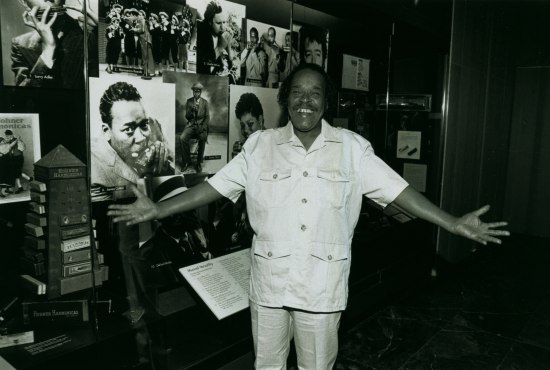 Chuck Berry and James Cotton attracted fans in short order, far and wide across the lands. By the early 1960s the members of the Rolling Stones, Eric Clapton, and other teenagers from overseas thrilled at the foundational records that featured Cotton's wailing harmonica. Keith Richards likewise pored over Berry's records, learning note-for-note the adventurous, creamy double-stop guitar solos that seemed to push and pull the listener through ecstatic fits and starts. Their influence truly had become global (just as Berry's might have become universal, in the case of those Voyager records).

James Cotton's career was modest compared to Chuck Berry's, and of course, Berry's legacy in remaking American popular music issues a far longer shadow than Cotton's. But how could it not? In thinking about the one individual most responsible for casting the mold of rock 'n' roll, Chuck Berry, indeed, is on the top. We are proud that both Cotton's and Berry's important musical legacies will remain celebrated and studied at the National Museum of American History.

John Troutman is Curator of American Music in the Division of Culture and the Arts.

Posted in Music, From the Collections, African American History 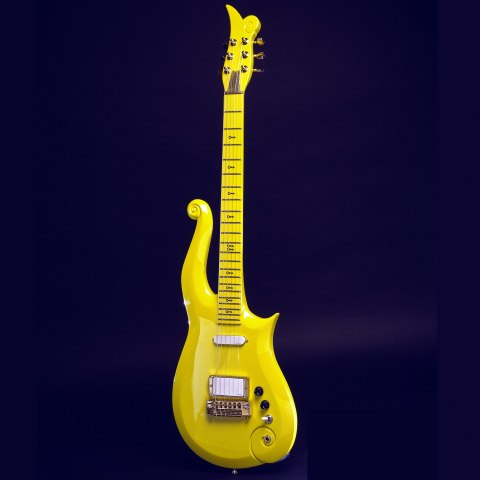 When Doves Cry
The museum will recognize the life and legacy of Prince Rogers Nelson (1958–2016) by displaying his "Yellow Cloud" electric guitar. The... 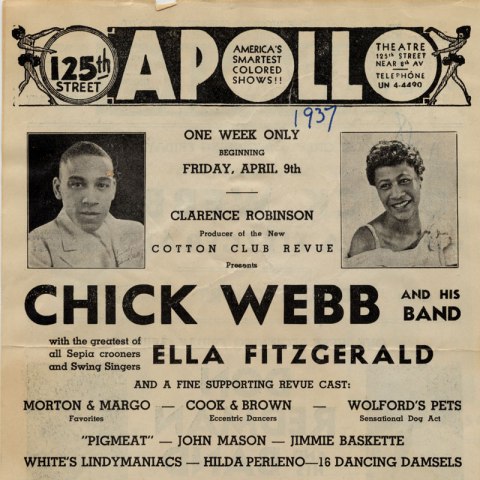