Collecting political history, from the Iowa Caucus to the national conventions

By NMAH, February 1, 2016
Two of the museum's curators, Lisa Kathleen Graddy and Jon Grinspan, are collecting objects at key moments in the 2016 election. We're updating this blog post as they travel from the Iowa Caucus to the national conventions in Cleveland and Philadelphia.
The Democratic National Convention (DNC)
Curators Lisa Kathleen Graddy and Jon Grinspan checked in from the convention floor to share the following photos and stories from the DNC. 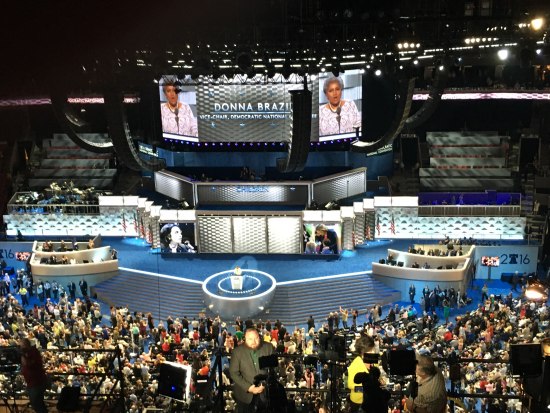 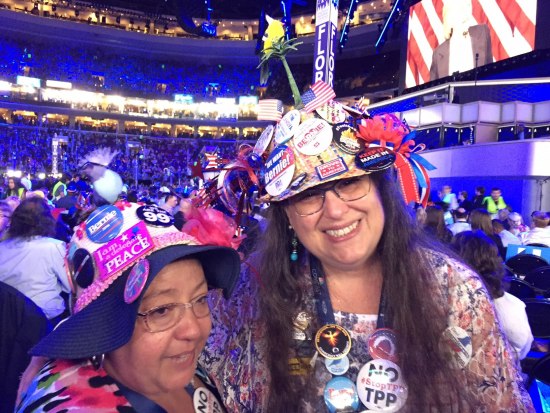 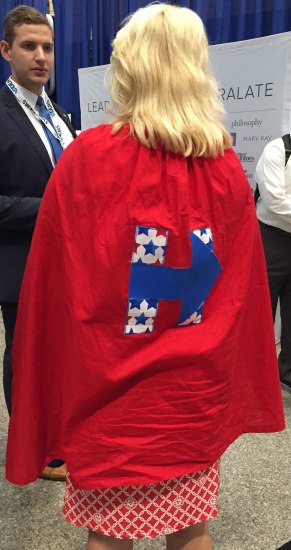 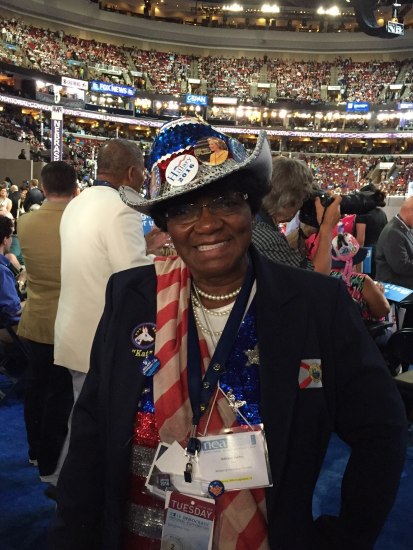 Curator Jon Grinspan provided the following updates from the RNC. 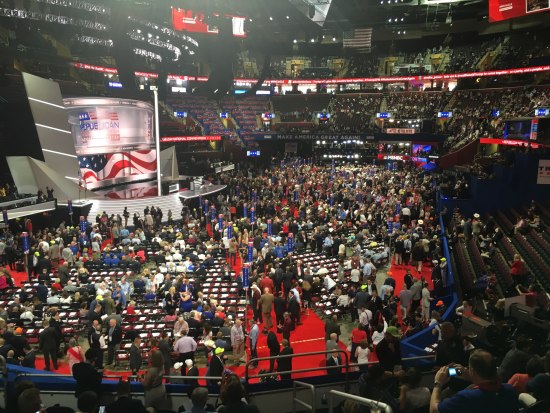 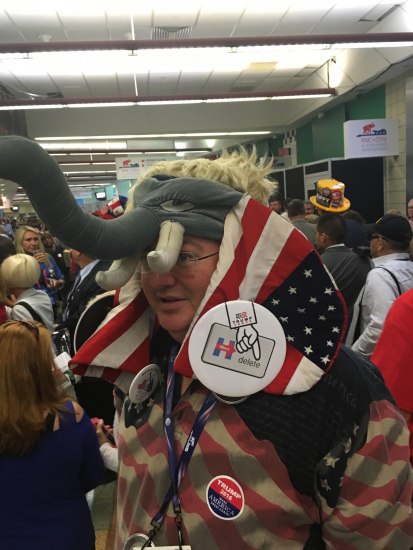 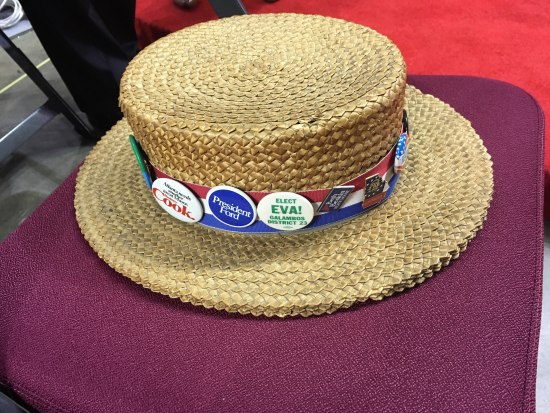 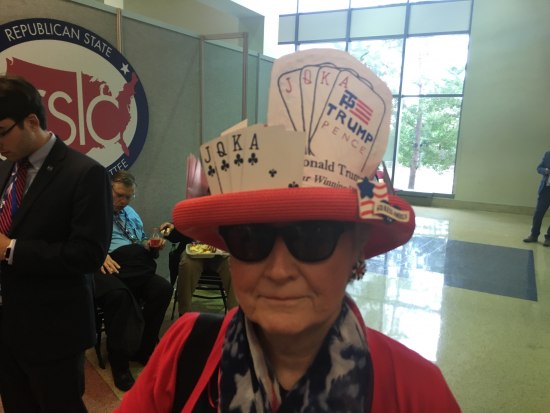 As Republicans and Democrats caucused in Iowa and voted in the primary in New Hampshire, two of our Division of Political History staff members visited presidential campaign headquarters and interacted with supporters of both parties, in search of objects that represent how Americans participate in democracy.
What have they collected so far in their quest to preserve the material culture of political engagement? Not much; we are just getting started on 2016. "The campaign headquarters are still using most of the things we'd like to collect," wrote Division of Political History associate curator and Jefferson Fellow Jon Grinspan in an email. "We left our cards with people, so some of them might get mailed to us later." 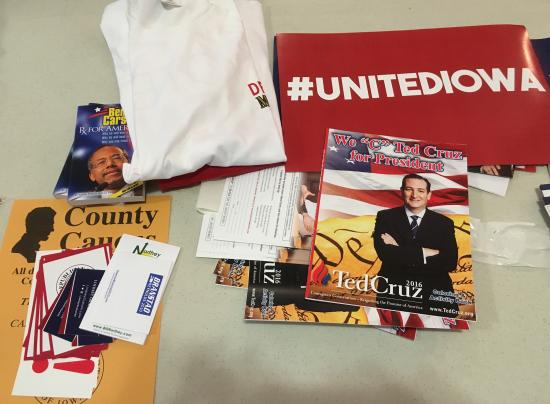 Once objects from the 2016 race join our collection, they'll keep some illustrious company. Our political history collection includes objects as old as buttons from President George Washington's inauguration, the small portable desk on which Thomas Jefferson wrote the Declaration of Independence, the top hat President Abraham Lincoln wore the night he was assassinated, and objects as recent as the last election.

Why is a history museum collecting such contemporary stuff? Once the Iowa caucuses and New Hampshire primary are behind us, it can be harder to tell which objects resonated most with the political moment, so collecting quickly is key in truly representing what was important in the 2016 race. Much of what our curators are collecting is ephemera—handmade signs, small buttons, last-minute mailers—and can become less available once the focus moves beyond Iowa and those specific objects aren't actively being used.

Collecting objects that represent political engagement—posters, badges, buttons, ribbons, and advertising novelties, as well as materials used by the media and others associated with the political process—is long-standing tradition for us, and our curators are just getting started. They'll continue on to the national conventions in July, spotting objects worth adding to our national collections along the way. 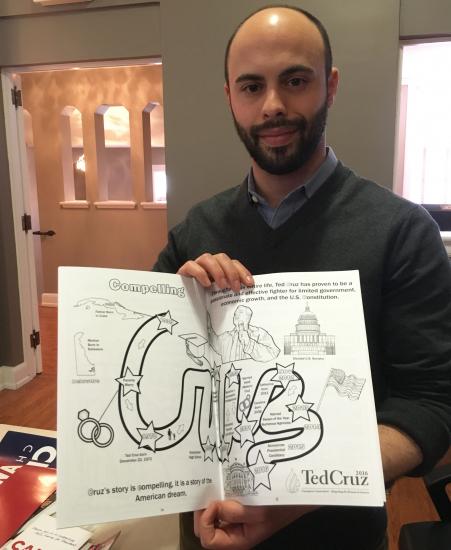 Grinspan and Lisa-Kathleen Graddy, deputy chair of the museum's Division of Political History, shared these photos from their visits to campaign headquarters. While the objects in these photos won't necessarily become part of the museum's collection, they illustrate the kinds of objects Grinspan and Graddy are seeing as they search out items that represent campaign activity and public participation in this year’s caucuses. As our curators visit each of the campaign headquarters and some of the Democratic and Republican caucus locations, they'll continue sharing photos, objects, and stories, so check back regularly here on the blog and on our social media. 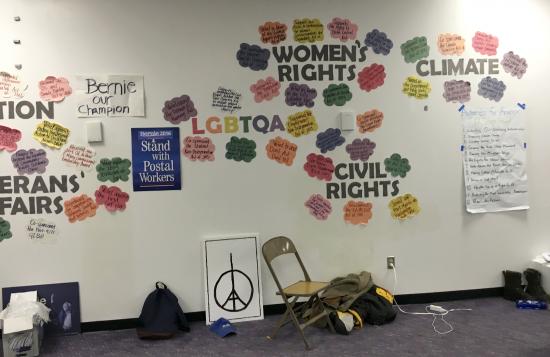 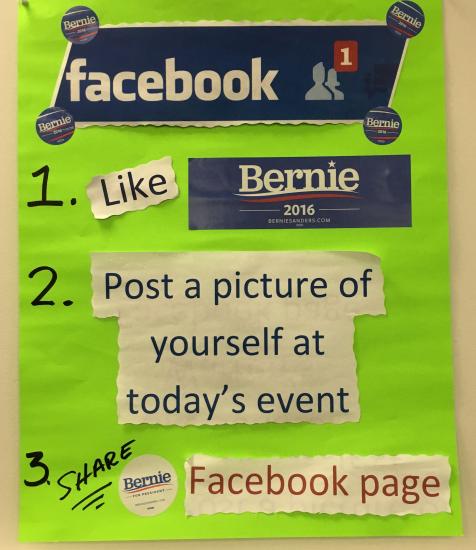 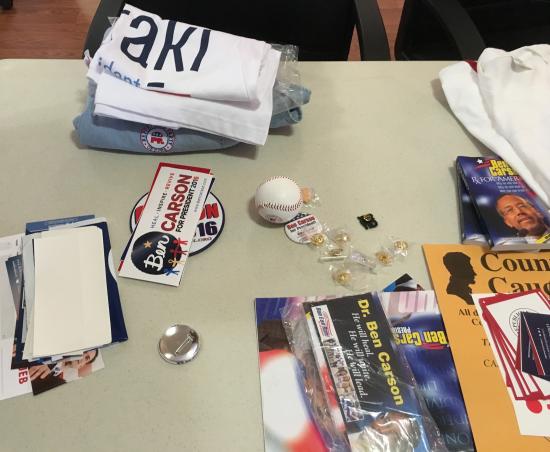 After Iowa, our team headed to the New Hampshire primary, where they snapped the following photos from the collecting trail. 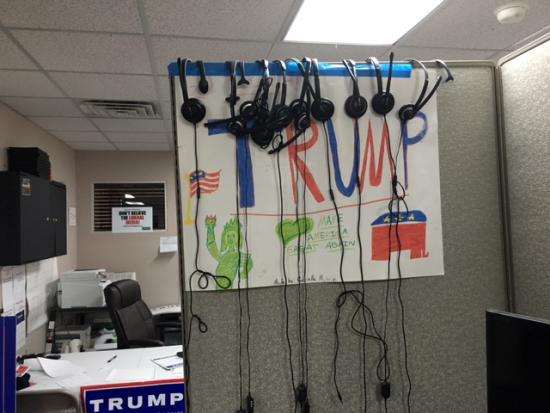 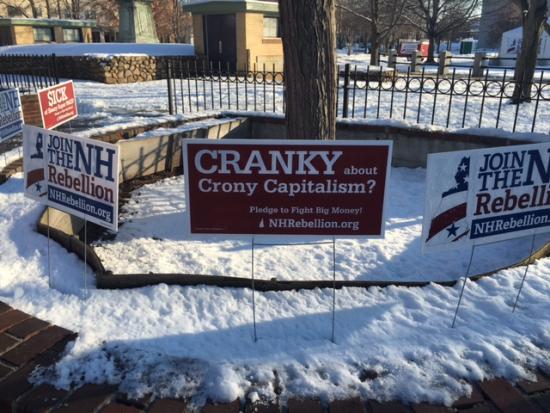 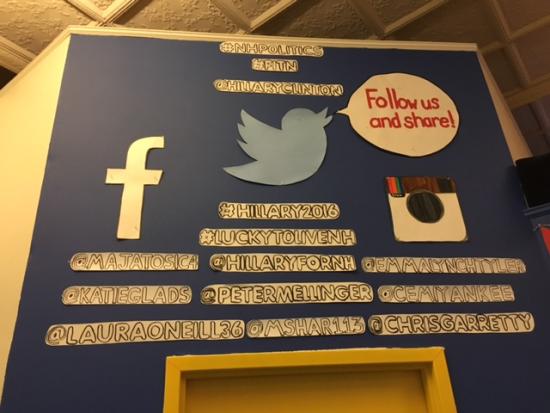 To learn more about our collection of campaign material, see this recent NPR article, this blog post about our curators who were at the 2012 conventions, and some very retro campaign collateral from the 1960 and 1964 campaigns.

Erin Blasco contributed to this blog post. She is an education specialist in the New Media Department.