Collecting the present: Partnering with researchers to document new developments in money

When considering the origins of objects in a museum’s collection, one might initially think of donations from private collectors, national institutions, and famous organizations. Ellen Feingold is the curator of the National Numismatic Collection—the national money collection—housed at the Smithsonian’s National Museum of American History. She explains why she works with researchers from a variety of fields to help the museum document what is happening in money around the world.

As the curator of the National Numismatic Collection, one of my responsibilities is to select objects to acquire that enhance the collection. This effort is not aimed at increasing the collection’s size—at approximately 1.6 million objects, it is already believed to be the largest in the world. Instead, the purpose is to find objects that capture moments in the past as well as what is happening in the present, preserving this period in history for curators, museum visitors, and future researchers.

This is a tall order. There are nearly two hundred nations in the world, and most of them issue their own currencies. Dollars, drams, dongs, and dirham are minted and printed across the globe every day. Banks and shops issue a variety of credit and gift cards. And new digital technologies, such as the cryptocurrency Bitcoin, emerge annually. Moreover, there are many different points of view about which objects can be considered money or could be relevant to the story of money, such as receipts. It is not possible, or indeed practical, to capture all that is new in money each year. So how should I decide what things to collect to reflect money today, and where do I find them?

Researchers outside the museum who explore the creation and use of new monetary technologies make ideal collectors. They are not only on the ground and able to acquire innovative payment artifacts, they also document the objects' uses as well as social and symbolic meanings. The Institute for Money, Technology, and Financial Inclusion (IMTFI) at the University of California-Irvine is funding research on how new technologies of money are impacting the world’s poorest communities. This geographically diverse community of researchers works on a vibrant range of topics, such as how a rural community in Ghana considers their ancestors' beliefs when making decisions about the use of mobile money technology, the role of television comedy in increasing financial literacy in Cambodia, and the relationship between mobile money technologies and food production in rural Potosi, Bolivia. (To learn more about this year's conference, see this post on IMFTI's blog.) 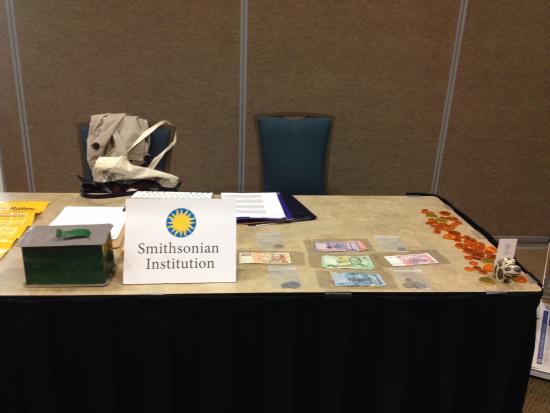 Each year, the IMTFI's researchers travel from their fieldwork sites to Irvine, California, to meet at an annual conference and discuss their projects. In 2014, I asked the researchers to consider collecting objects to donate to the National Numismatic Collection and bring them to the conference. IMTFI researchers have generously donated objects to museum collections before, and in 2014 they gave 35 objects to the Smithsonian. These objects demonstrate the variety of physical and digital currencies and payment systems in use around the world today. 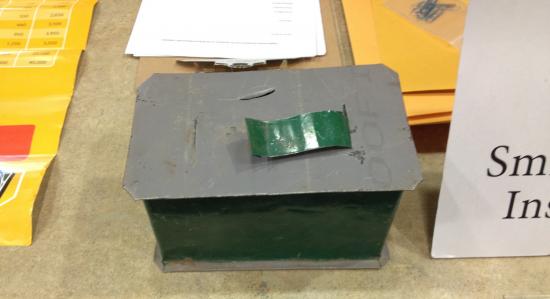 One of the most unexpected objects I received is a metal money box from Uganda. Like a “piggy bank,” this is a box that is used for saving money, but it is also a method for securely storing money. To get money out of the box, it has to be ripped apart using metal shears or a power tool and can be destroyed in the process. Thus, it is more secure than your average money box and provides a safe place for people to keep cash in their homes. Alongside this tangible method of saving is an emerging digital system for transactions called mobile money. 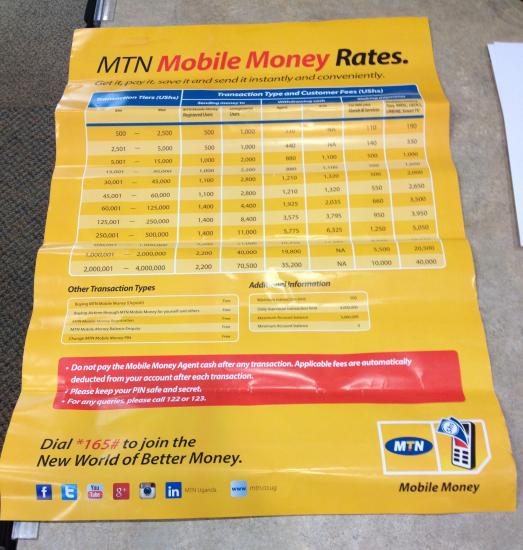 Mobile money systems allow users to deposit cash into an account via their mobile phone and make payments to other users. This new technology is helping to increase financial inclusion in Uganda and elsewhere by giving people without bank accounts an alternative to carrying cash or storing it at home. The same researchers who contributed the money box also donated a poster advertising the rates for using a mobile money system in Uganda called MTN. Through the creation of this type of advertising material, a digital system is made physical—resulting in a collectable artifact. 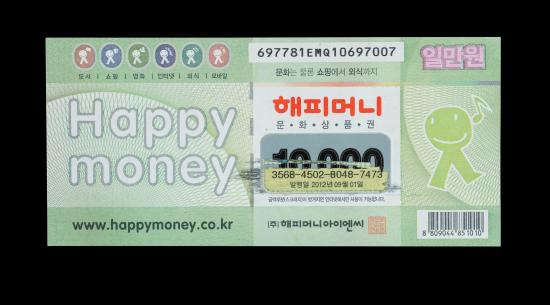 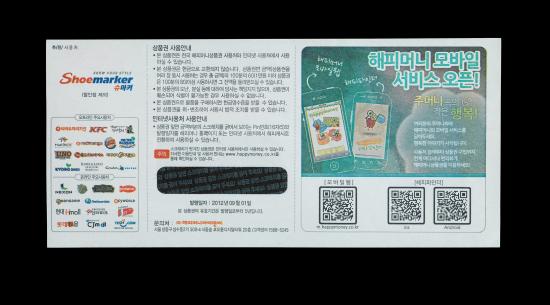 Since the conference ended, researchers associated with the IMTFI have continued to contribute to the National Numismatic Collection. Stephen Rea recently donated a piece of Happy Money—vouchers that can be used for both online and offline purchases from participating businesses. In 2012, while conducting research on gaming in South Korea, Stephen watched a man purchase the Happy Money voucher at an Internet cafe in Dongkyo-dong, Seoul, and redeem it through an online gaming portal. This voucher will be on display in the new acquisitions section of The Value of Money exhibition in the Gallery of Numismatics, opening on July 1, 2015 at the National Museum of American History.

Taken together, this group of objects provides a snapshot of the many different physical and digital systems of exchange operating alongside one another today—one that will be preserved by the National Numismatic Collection for future generations.

Want more stories of innovation and inventiveness? Join us to explore the theme of American innovation through blog posts, exhibitions, collections, programs, and more. 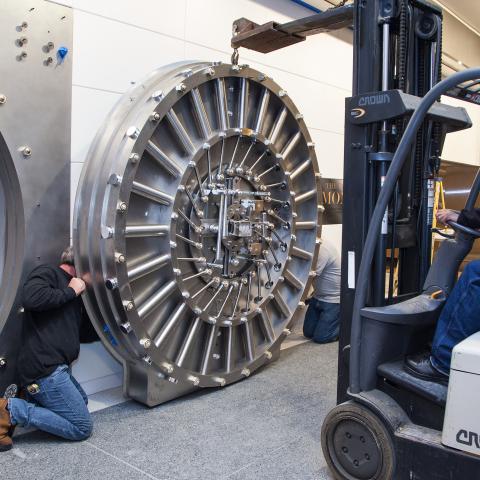 1.5 ton vault door to greet visitors in the new Gallery of Numismatics
Ellen Feingold is the curator of the National Numismatic Collection and The Value of Money. She explains why visitors will enter...