Commemorating a president's life, in stationery and floral arrangements

When you think about it, funerals and other major life events are not all that different—well, aside from the obvious, that generally funerals are sad and events such as weddings, bar and bat mitzvahs, and quinceañeras are happy. For each event there is a fair amount of planning involved, especially regarding the invitations, the announcements, the programs, the thank-you cards, and the flowers. Like many other life events, funerals are traditional with traditional expectations. For most of us, traditions are private and reserved for friends and family. But when you are the president expectations change, and everything, especially your funeral, becomes larger and more public. 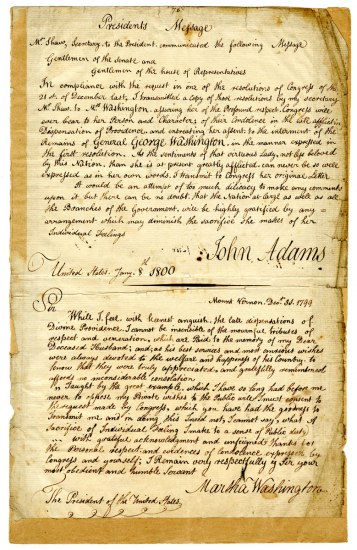 In the days before the 24/7 news cycle, information traveled slowly. We couldn’t turn on a major television station and find out instantly what just happened in the world. News of a president’s death traveled from person to person, through word of mouth or letter or the newspaper.

Because the former president’s funeral would typically have taken place before the news of his death had spread to outlying states, memorial services would be held around the country so that people could mourn their fallen leader. For example, eulogies for Presidents George Washington (1732–1799) and William Henry Harrison (1773–1841) were given in Boston, Massachusetts, New Rochelle, New York, and Concord, New Hampshire. William McKinley (1843–1901) received funeral honors from troops stationed in the Philippines, as well as The Ohio Republican Association (of his home state). 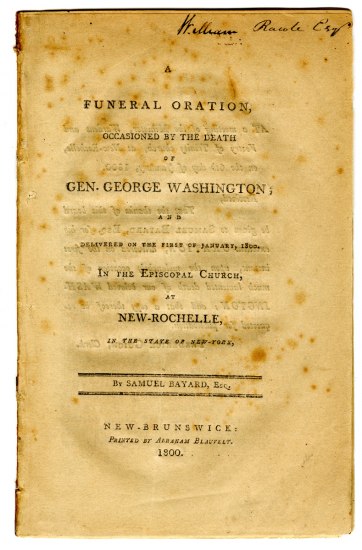 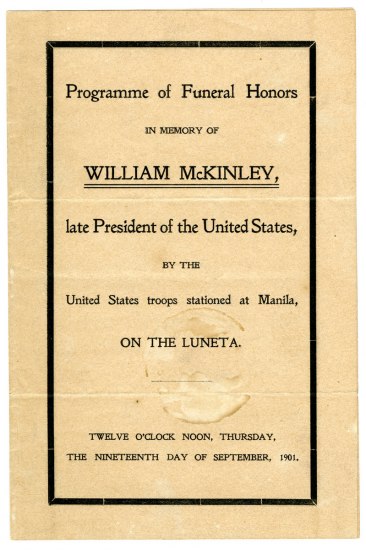 An integral part of the funeral or memorial service is the program. The program for most funerals lists hymns, prayers, a eulogy, and a benediction. Frequently at both memorial services and funerals, patriotic songs such as “My Country, ’Tis of Thee” and, of course, “The Star-Spangled Banner” are sung. 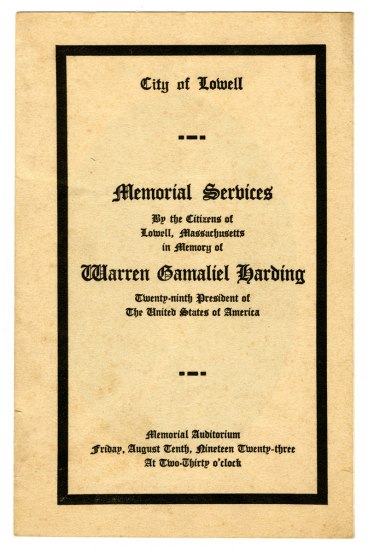 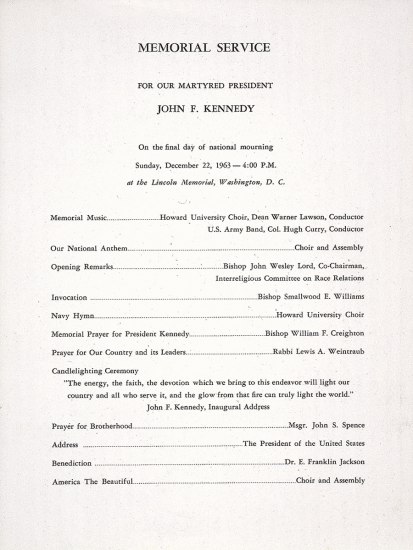 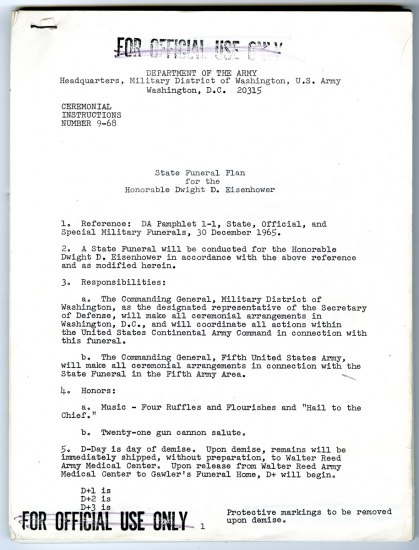 An official event would not be complete without a floral arrangement. For presidents, they don’t all come from close, personal friends. For example, Queen Victoria sent a floral wreath for the funeral of James Garfield (1831–1881). The wreath rested atop the casket while the body of the president lay in state at the Capitol and during a funeral service. There were several floral arrangements displayed graveside, some of which were from foreign legations (a diplomatic minister) including Brazil and Bolivia. The floral arrangements were waxed immediately after the service and placed into airtight containers. 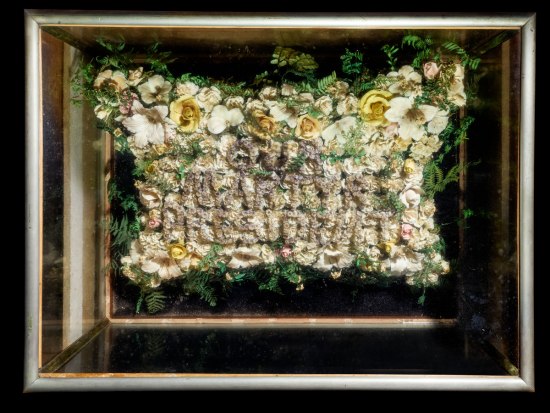 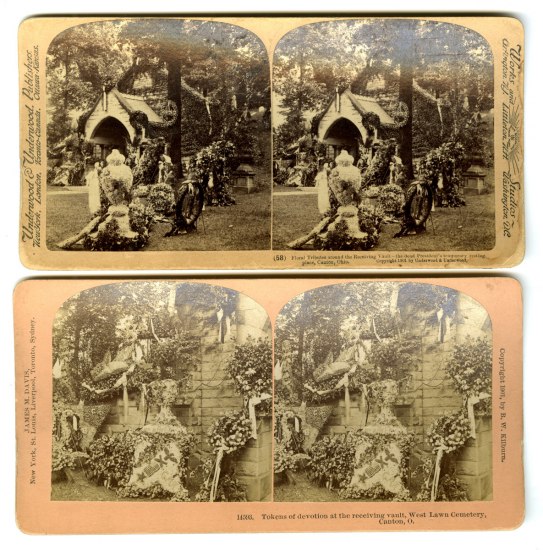 As with a wedding, bar and bat mitzvah, or quinceanera, it is proper etiquette to send thank-you notes to family and friends who sent their regards. Special stationery was used during the mourning period for this purpose. 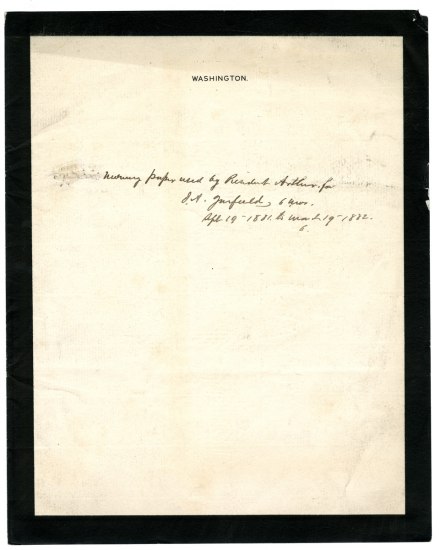 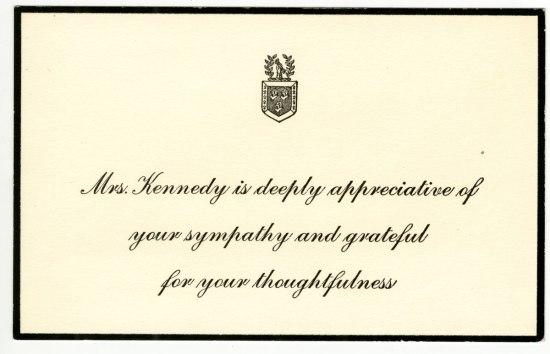 A lovely tradition that has continued is that of the mourning card. It is a wonderful reminder of the person who has passed away and is also a souvenir token to be cherished. While we can only speculate about how these cards were distributed, it is entirely possible that mourning cards were produced around the nation and distributed for local memorials for the fallen leader. Abraham Lincoln (1809–1865) mourning cards were embossed with decorative designs, images of tombs, and a black border. The cards featured life dates and a quote from his second inaugural address, “With malice toward none, with charity for all,” or a poem commemorating the president. Memorial cards for John F. Kennedy (1917–1963) were double-sided. The front displayed a likeness of the president and the reverse contained life dates, a short prayer, and a poem. Over the years, mourning cards have evolved to include an image of the departed and an obituary. 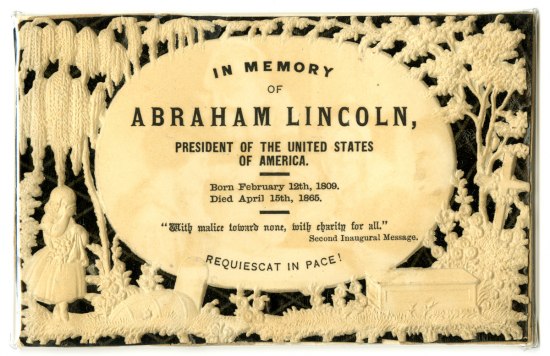 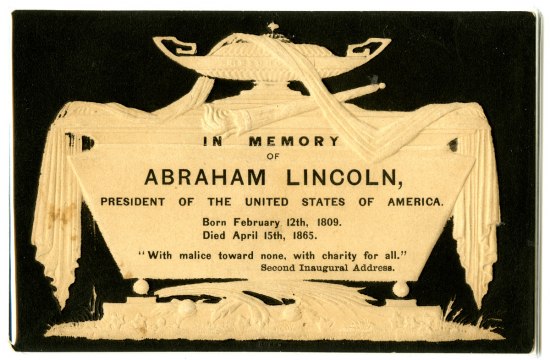 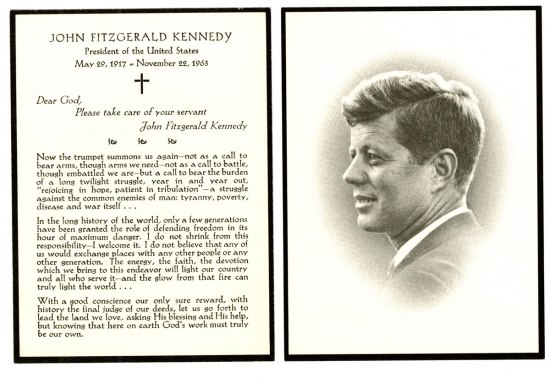 This is the third post in the blog series ""Death in the Presidential Collections." Click here to read parts one, two, four, five, and six. 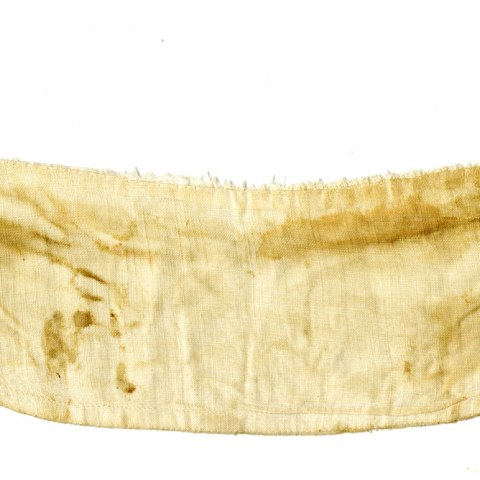 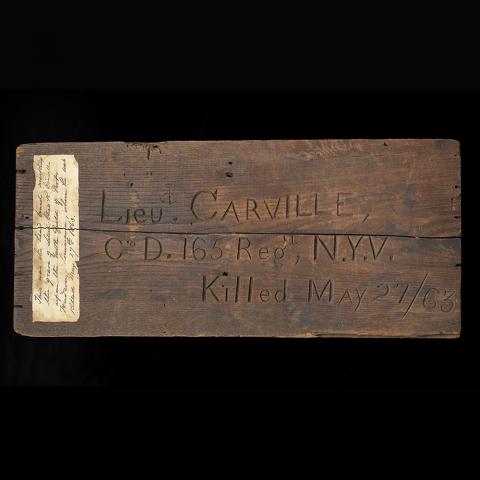