Conserving pieces of the history of Uncle Tom's Cabin

During my time at the museum’s object conservation lab, I discovered that a set of painted panels in the museum’s collection had quite a history—most of it hidden from view. The panels are the remaining pieces of a wagon built for a traveling show of Uncle Tom’s Cabin in the early 1900s.

In searching to understand the history of this object and the story it can tell, I learned that these panels illuminate both a specific type of entertainment—traveling wagon shows—and the larger story of how white supremacy and racism have shaped American entertainment culture.

A best-selling novel of the 1800s, Harriet Beecher Stowe’s Uncle Tom’s Cabin exposed readers to the horrors of enslavement in the United States and preached abolition. Shortly after it was published, the novel was adapted into a variety of minstrel-style shows featuring blackface performers, with messages that were antithetical to Stowe’s original story. These minstrel productions of Uncle Tom’s Cabin, today known as “Tom Shows,” changed the narrative of Stowe's original work and portrayed the novel's tragic characters in a racist, degrading, and comedic style. Tom Shows were very popular in the United States in the 1800s, and they continued to permeate American storytelling in the following century through silent films, popular cartoons, and dramatic films.

For these wagon panels, the big unknown was if the narrative would actually be legible. The panels were acquired by the museum in the 1980s. At that time, a conservator covered the painted surface with small pieces of tissue, using a weak adhesive. This process is called facing, and it is a common practice in conservation when a layer of media is in danger of detaching. The facing allowed the panels to be safely transported from a barn in Vermont to secure storage at the museum.

Practices and standards in art conservation have evolved over the years as available technologies have advanced. In the 1980s, museum staff wrote a report on the state of the wagon panels and took a small number of film photographs. Nearly 40 years later, conservators are expected to provide a much more thorough level of documentation. In addition to multiple standardized photographic methods, conservators fastidiously record any materials and methods used within their object treatments. Before my treatment began, I took high resolution digital photographs of each panel and compiled them in the arrangment of the historic photograph that you see below. Because our team did not know what kind of facing adhesive was used for the panels’ treatment in the 1980s, we started our work by testing methods to soften the mystery material.

Historically and today, when conservators apply facing tissue, they use an adhesive that can be easily removed without damaging the surface of an artifact. However, as materials age and interact with the environment, their physical properties change. In the case of the panels, the facing adhesive became harder to remove with age. Through testing, we discovered that the adhesive used on the panels responded to water, softening as it was moistened. Unfortunately, the paint layer also responded to water, which could lead to more loss. Testing different methods to apply water through a barrier or with a thickener proved effective and safe for the paint layer below.

By brushing on a thick cellulose ether mixture—a material similar to the one we think was used in the 1980s—I was able to reactivate the adhesive for a short window of time and safely peel it back without damaging the paint layer. (You can see what this process looked like in the image above.) As I removed the tissue, I found many loose paint flakes. Moving slowly across the large surface, I was able to secure these fragments with a reversible yet strong adhesive, keeping them in their original placement.

As each small piece of facing tissue was removed, our team was able to slowly reveal more and more of the imagery on the panel. One of the first discoveries we made was painted hounds (visible in the photo below), which confirmed that the wagon’s panels illustrated the scene from Uncle Tom’s Cabin where Eliza Harris and her child flee across the frozen Ohio River toward freedom.

Eventually, I removed every piece of tissue on the panels. The photographs from the barn location show approximately the same amount of loss as is present today. Years of use, and sun and water damage, have caused signifcant paint loss. But the facing saved what paint was left on these panels when they were collected by the museum.

After the facing was removed, I completed additional steps of cleaning and consolidating the panel’s painted surface. The image of the panels below, taken during the treatment process, not only shows the painted scene of Eliza on the ice (seen in the lithograph from the museum's collection below), but also what is left of the advertising lettering on the panels. Although my internship came to a close, these large and complex objects are still undergoing aesthetic and structural treatment at the museum to ensure their safe display and longevity.

Art conservators have the opportunity to look up close at materials with the aid of microscopes and scientific analysis while spending time with objects as a whole. We witness the story that the object tells as we observe, test, analyze, and repair. I was fortunate to learn so much from this object, and because of this treatment, the panels can continue to tell their story to a broader audience. These panels will be part of an upcoming exhibition at the museum, Entertainment Nation, which will explore the history and evolution of entertainment in the United States. When displayed alongside thorough interpretation, cultural heritage objects like these panels are powerful representations of a past we cannot ignore.

Stephanie Guidera is a third-year Graduate Fellow at the Patricia H. and Richard E. Garman Art Conservation Department at SUNY Buffalo State College. In Fall 2020, she was an intern in the museum’s object conservation lab. She writes this blog with immense gratitude for the Preservation Services department, specifically to supervisor Dawn Wallace and Scott Nolley for their guidance and faith, to Ryan Lintelman and John Troutman for their expertise and involvement, and to the Beth Richwine Fund and the museum for the financial support.

Posted in From the Collections, Conservation, Behind the Scenes, African American History 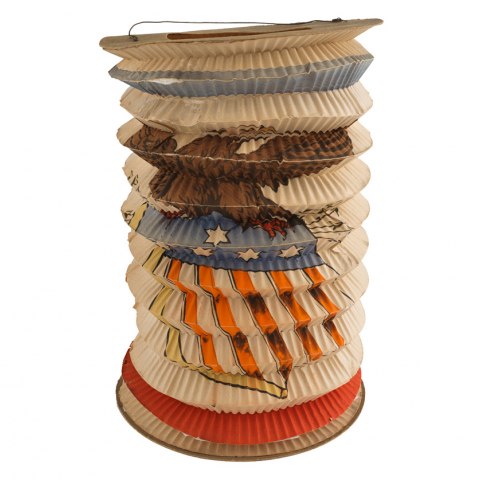 Shedding light on lantern conservation
Even before they got the vote, young people were historically involved in politics, particularly in the last half of the 19th century. From... 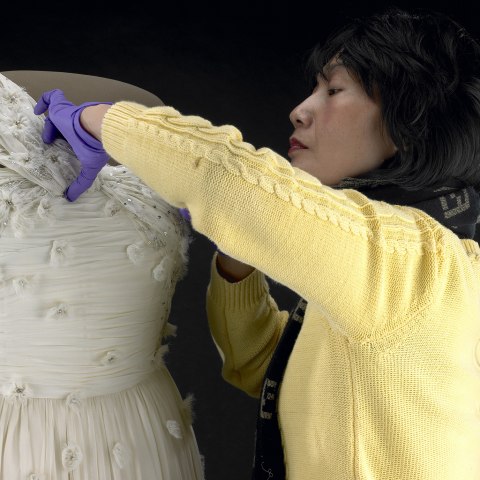 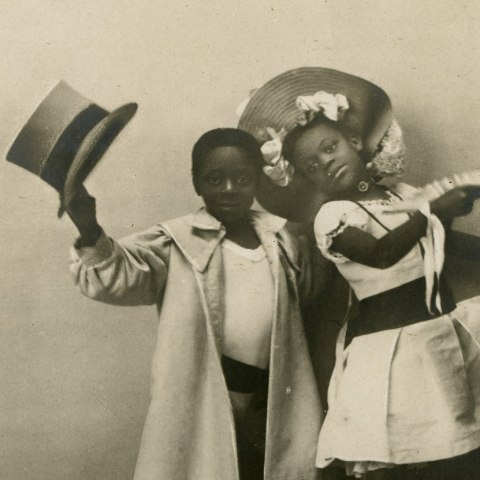 Who takes the cake? The history of the cakewalk
Cakewalks, for many, evoke visions of childhood and carnivals. Today, a cakewalk is where dancers promenade around a circle of numbers on...