I was exploring storage one day with Larry Bird, emeritus curator in the museum's Division of Political History, when a very curious self-portrait of Thomas Nast caught my eye. Thomas Nast was a contributor to the Harper's Weekly magazine and is most famous for popularizing the use of the donkey and the elephant to represent the Democratic and Republican parties, respectively. Nast was also a close friend of President Ulysses S. Grant. Nast looks dejected and defeated; the overall tone of the illustration was somber, in gloomy shades of grey. 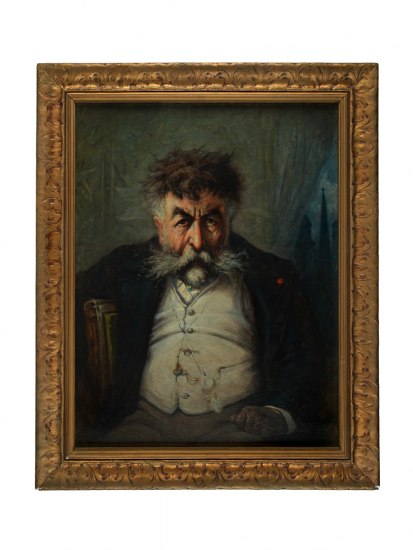 What explains Nast's dour expression? Bird explained that Nast painted it after he fell victim to a cruel Ponzi scheme, perpetrated by Ferdinand Ward, a young and ambitious financier. In 1880 Ward established a brokerage firm that led to the ruin of many investors, and he went on to serve nearly seven years in prison for fraud. However, in a strange twist of fate, the loss for Nast and the other investors was a gain for the United States National Museum in Washington, D.C., from which many Smithsonian contemporary museums have received their collections.

How did Nast and the other investors get duped by Ward? Ward like many schemers of the 19th century, made his banking business seem reputable by taking on a partner with name recognition: Ulysses Simpson "Buck" Grant, the eldest son of President Grant. Ward called the firm "Grant and Ward." Nast was not the only famous American conned into this scheme. Looking through the Division of Political History files, I learned that President Grant also invested his life savings with Ward.

When Ward attempted to borrow more money from the Marine National Bank, the bank's president wrote to President Grant, asking about the firm. President Grant replied, "I think the investments are safe, and I am willing that Mr. Ward should derive what profit he can for the firm that the use of my name and influence may bring."

In 1884 the former president learned that the firm was not financially stable. In an attempt to help save his son's firm, he secured a personal loan from William Vanderbilt, the richest man in the world at the time and the president of the New York Central Railroad. The loan of $150,000 was a personal favor. Vanderbilt exclaimed, "What I've heard about that firm would not justify me in lending it a dime." However, Vanderbilt gave Grant the money against his better judgment, saying, "to you — to General Grant — I'm making this loan." 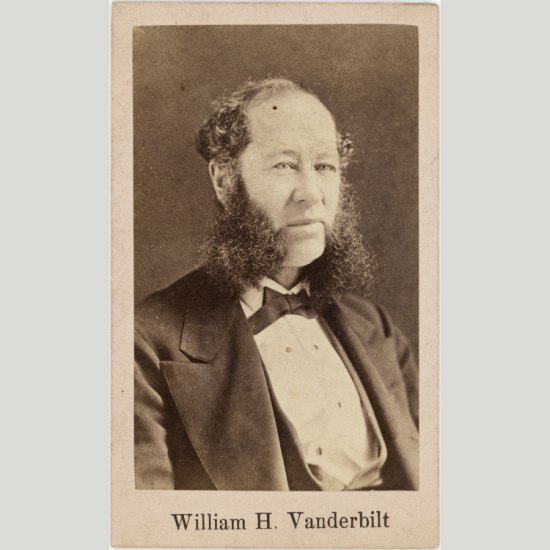 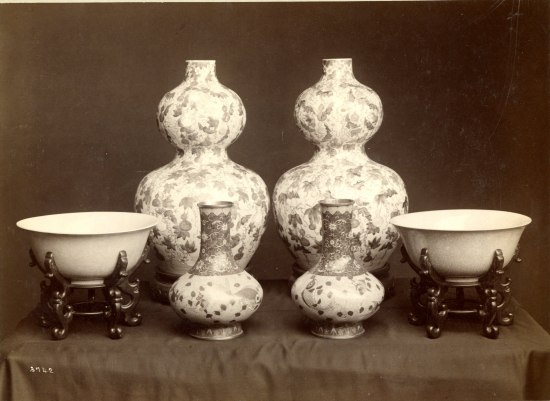 After Grant's death in 1885, Vanderbilt gave the artifacts back to his widow, Julia Dent Grant, strictly on the condition that they be donated to the National Museum, which had opened to the public in October 1881. In addition to displays of geology, natural history, and musical instruments, the National Museum, housed in the Arts and Industries Building on the National Mall, was also home to the personal effects of President George Washington. On February 3, 1885, a resolution was adopted by Congress to accept the gift. It became law on August 6, 1886. The group of objects became known as the Grant-Vanderbilt Collection here at the Smithsonian. The collection includes Grant's gifts from Japan and a ceremonial cane made out of scraps from the famous Civil War ironclad, theMerrimac. This massive donation helped establish the National Museum as a place for people to donate their historical objects. 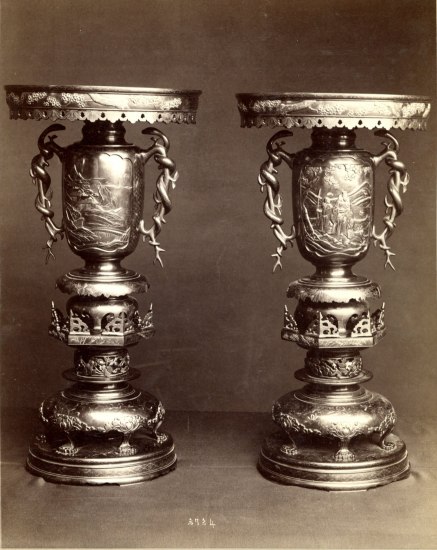 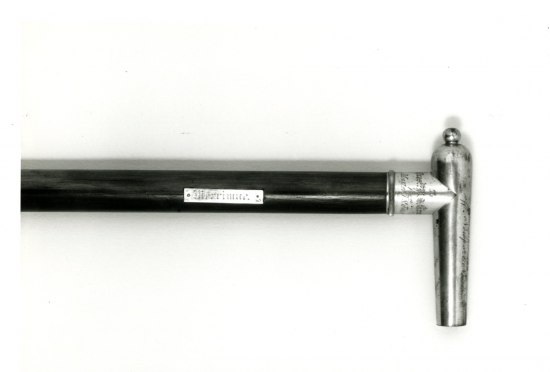 As for Nast, he lost most of his fortune in this scheme. Nast attempted to regain some of his fortune by going on lecturing tours in 1884 and 1887, and he also took commissions on paintings.

Overall, I found it incredibly fascinating that the items that are preserved at the Smithsonian can lead to amazing stories and that these objects are more than just objects since they carry so much history with them. It is also interesting to see how a historic loss turned into one of the National Museum's greatest gains. 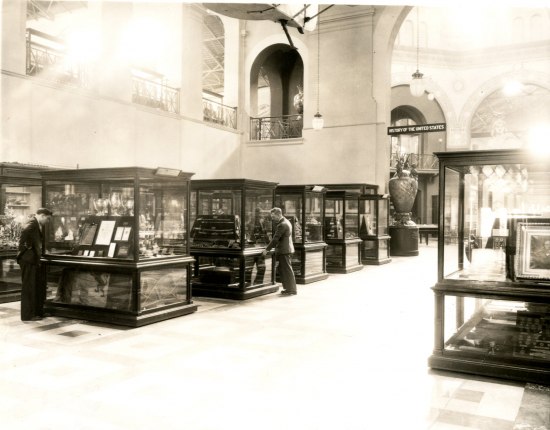 Paul Esposito completed an internship in the Division of Political History. 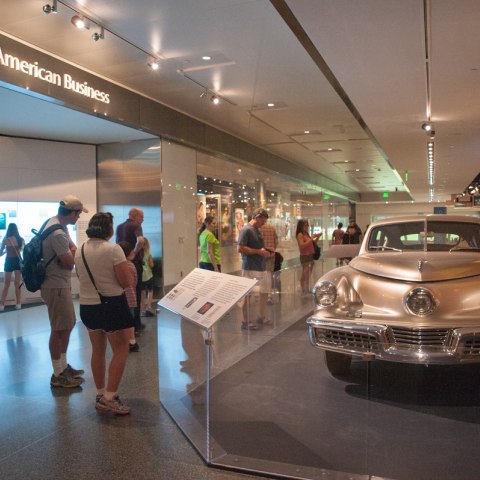 Preston Tucker's sedan: Showcasing a beautiful business failure
Given an opportunity to suggest a landmark artifact outside the entrance to American Enterprise, the museum's new business history... 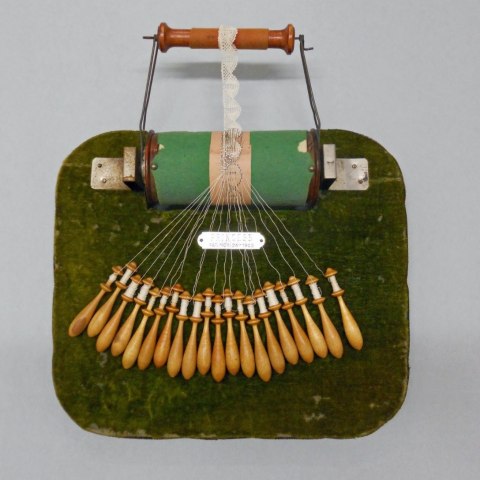 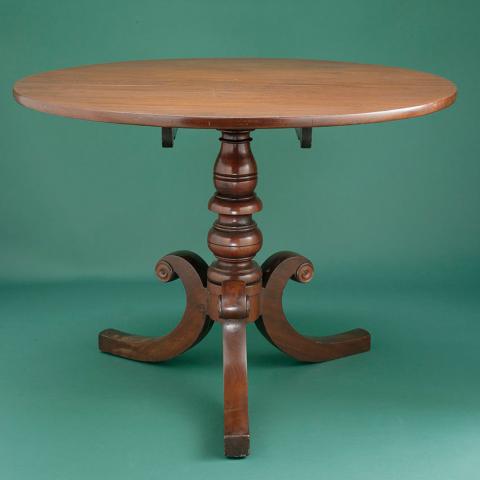