When the dandelion went to war: An American prisoner of war's story

“We were picking dandelions on the lawn there and we would boil them up,” Henry T. Chamberlain remembered. During the Great Depression, Chamberlain’s mother lost her job and couldn’t pay rent. The family moved to the grounds of the Nebraska Territory capitol building (now Omaha Central High School). “There were a million people living on that lawn,” Chamberlain said. “They all were in the same boat.”

With little money, he learned from his new neighbors about survival. After watching others rooting around in the lawn, the young man learned that dandelion flowers were free food. In addition to boiling them, “sometimes we went over to a park where the dandelions were prolific and we would pick the dandelions and wash them off and eat them green,” Chamberlain said.

Under President Franklin D. Roosevelt’s New Deal, the nation’s economy slowly began to rebuild and Chamberlain’s dandelion-eating days seemed to be over. On his 18th birthday, in 1940, he enlisted in the army. Though he was a crack shot and his first sergeant wanted him on the rifle team, Chamberlain said he wanted to help people—not shoot them—and trained first as a medic, then later as a surgical technician.

After completing his training, Chamberlain was transferred to the Philippines. By December 1941, Japanese planes bombed points in Manila and Chamberlain found himself on the front lines of Bataan serving as a combat medic.

In late January 1942, as Chamberlain transported a group of wounded men south to a hospital behind the front lines, he ran into a colonel who knew him. “He asked me where’d I been so I told him, and he said ‘well, I’ll tell you what. I badly need surgical technicians here, so you aren’t going back,’" Chamberlain said, with great thanks.

Chamberlain stayed at the hospital after American and Filipino forces surrendered on Bataan on April 9, bearing witness to horrors that took a grisly toll on the Filipino and American troops. The movement of American and Filipino prisoners of war from the Bataan peninsula, which became legendary for its brutality, was forever known thereafter as the Bataan Death March.

Under Japanese control, Chamberlain found himself at Cabanatuan Prison Number 1 assigned as a medic in a hut adjacent to the camp hospital known as the Z, or “Zero” Ward. Here prisoners too weak to stand were sent to die. Without any medicines to treat the ill, often sheer kindness and willpower became the deciding factor between life and death.

Beginning in mid-June, cases of diphtheria appeared daily in the camp hospital. As a child, Chamberlain had contracted diphtheria and survived the illness. He volunteered to be a medic in the diphtheria ward because, as he explained, “first of all, I had had it and I thought I was immune from it, and secondly it was a way to get away from the Japanese and the labors they were putting us through.”

In the prisons there was no medicine to treat the sick, and the ill prisoners were missing key nutrients. Recalling the situation over 75 years later, Chamberlain observed how “there was a whole profusion of dandelions, so I told the guys ‘let the things blossom and we’ll pick the seeds, and don’t pull them up, just pull the leaves off them and eat them that way.’ And that’s what they did, they ate them green and I think that saved a lot of lives there because we were not getting any green stuff at all and we were not getting any protein.”

After considerable deaths from malaria, dysentery, and diphtheria, the Japanese guards at last began providing medicines to the prisoners at Cabanatuan in August 1942, albeit too little too late. From June through December 1942, 2,556 American prisoners of war had died at Cabanatuan.

Chamberlain’s humble dandelion garden adjacent to his diphtheria ward went unnoticed by the Japanese guards, who feared nearing the darkened building that housed the sick and dying. He continued to work in the diphtheria wards in the Cabanatuan prison camp throughout the remainder of 1942 and into 1944.

As for the dandelions, “What few dandelions there were we fed to the sick guys in the sick bay,” he said. “I think it may have kept them going, I’m not sure, but that’s the only vitamins they got. Whatever protein was in them, that’s what they got.”

Malnutrition was dangerous at Cabanatuan.“One of my friends died in my arms,” Chamberlain said, "He would not eat the rice. They were so full of maggots, rice maggots. I think for every grain of rice there was a rice maggot. One of our doctors said ‘you just as well eat them fellas because that’s all the protein you’re gonna get.’ That’s the way that was, but my friend would not eat those things. He said ‘people were not meant to eat worms,’ so he died in my arms, mostly from starvation.” Chamberlain’s friend remains interred at Cabanatuan, having asked that he be buried there, to “let these people know what we did for him,” with his grave marked “known but to god.”

In October 1944, the Imperial Japanese Army shipped Chamberlain and approximately 1,100 prisoners out of the Philippines to work as forced laborers. Before leaving Cabanatuan, Chamberlain made sure his dandelions came with him. Throughout his time at Cabanatuan, he “let the seeds grow and when I left there I had picked a whole bunch of seeds and put them in various places in what was left of my uniform, in pockets and things. The Japanese guards never suspected them.” After laboring in Formosa (present-day Taiwan), Chamberlain arrived in Moji, Japan, in January 1945 and was moved to Hosokura to a lead and zinc mine owned by the Mitsubishi Mining Corporation.

At Hosokura, Chamberlain served as a medic for his fellow prisoners in Sendai #3-B Prisoner of War Camp. Chamberlain worked with one doctor to take care of all the 284 American and British prisoners. “Taking care of them didn’t mean much because we were not given any medicine, we were given very little food. If you were sick they put you on half rations because you wouldn’t work, and so that’s the way it was,” he said.

As the war closed in on the Japanese home island, Chamberlain too found himself working in the zinc and lead mines. The grueling work of loading ore into carts and pushing them out of the mine strained all the prisoners, with food and water barely available on any occasion. At least 15 prisoners died at the camp, mostly from malnutrition. Relief for the Hosokura prisoners arrived on September 12, 1945, when American forces reached the camp and accepted the surrender of the Japanese guards.

Thereafter, Chamberlain would not need to tend any dandelions. He chose to remain in the military, transferred to the new United States Air Force, and retired after 28 years as a Senior Master Sergeant and a trained paramedic. At 96, he continues to enjoy carving, and as he reminded me, “I get to sleep in every day.” As I stated in reply, “you’ve earned it.”

Frank Blazich Jr. is a curator in the Division of Political and Military History. He has previously written about the life and legacy of Corporal William T. Perkins Jr., a 20-year-old Marine deployed to Vietnam as a combat photographer, and Captain James K. Redding’s experience in the Battle of Hue. He was honored to meet Chamberlain at the annual meeting of the American Defenders of Bataan and Corregidor Memorial Society and appreciative of the opportunity to learn about Chamberlain’s experiences. 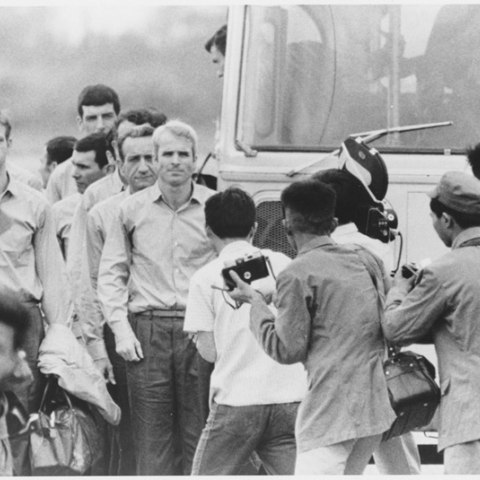 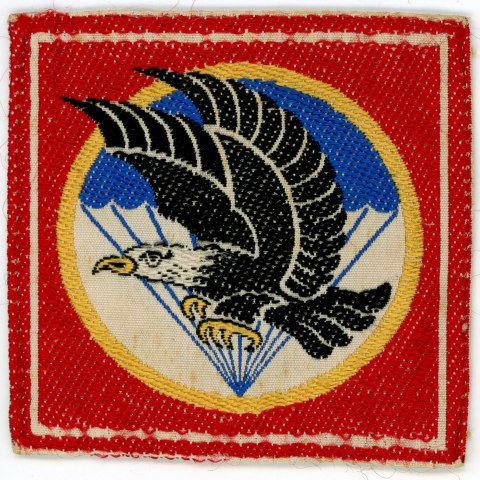