In March, David Rockefeller died at the extraordinary age of 101. He was one of the first signers of the Giving Pledge, a commitment by some of the world's wealthiest individuals and families to give half or more of their wealth to philanthropy. As have the more than 150 other signers of the pledge, David Rockefeller wrote a letter explaining his thinking about philanthropy. His Giving Pledge letter will go on view in Giving in America in July. 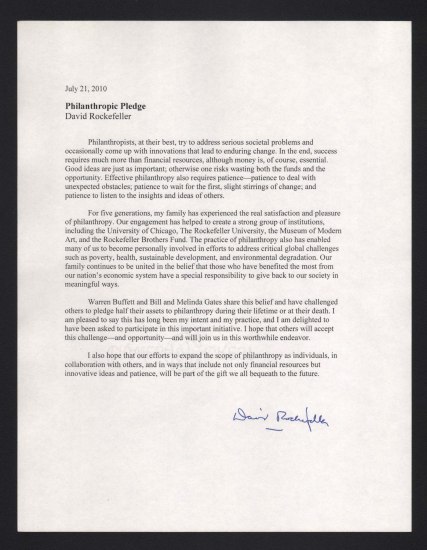 Several lines in his letter especially captured my attention. "Philanthropists, at their best, try to address serious societal problems and occasionally come up with innovations that lead to enduring change. In the end, success requires much more than financial resources, although money is, of course, essential. Good ideas are just as important; otherwise one risks wasting both the funds and the opportunity. Effective philanthropy also requires patience—patience to deal with unexpected obstacles; patience to wait for the first, slight stirrings of change; and patience to listen to the insights and ideas of others."

His words resonated because of my own research into the founding generations of American philanthropy, in the 1700s and early 1800s. The men I studied—until the 1790s, women did not play a role in organized benevolence—sought to address urgent problems such as slavery, disease and life-threatening accidents, poverty, educational needs, prison conditions, and more. They shared ideas and news about innovations with fellow philanthropists in other parts of North America, the British Isles, and elsewhere, and those exchanges helped to propel further innovation. They were often successful at establishing institutions, putting new concerns on charitable agendas, and developing novel approaches to address enduring problems. They also encountered obstacles and learned, as did Rockefeller, about the value of patience as they built support for their efforts. They shaped the charitable world that David Rockefeller's grandfather, John D. Rockefeller, was born into and helped remake in the late 1800s and early 1900s. 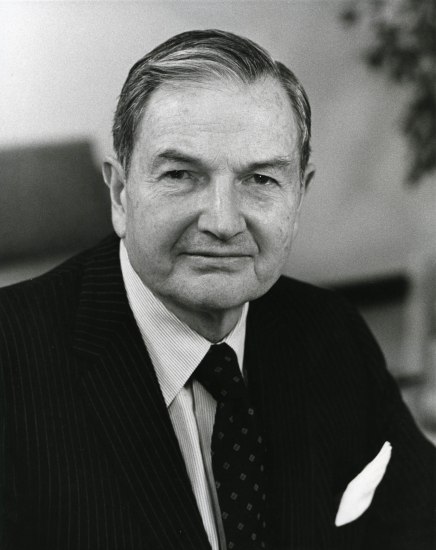 David Rockefeller provided a living connection between his grandfather's generation and today's philanthropists. In the late 1800s and early 1900s, John D. Rockefeller and his associates created large-scale philanthropy and made foundations a preferred vehicle for organizing their giving. Today's wealthiest philanthropists are experimenting with new legal and institutional forms and new approaches, such as the Giving Pledge, to encourage philanthropy. Yet they remain informed by the experience of earlier givers: in 2009 David Rockefeller, last surviving grandson of John D. Rockefeller, helped Bill and Melinda Gates and Warren Buffett launch the Giving Pledge when he hosted a dinner to discuss the idea.

Giving Pledge letters explain the priorities of the individual signers and why they fund the causes they do, but they do more. David Rockefeller himself connected the conversations of his grandfather's generation with those of some of today's most prominent philanthropists. The Giving Pledge letters likewise contribute to our national consideration of the challenges and accomplishments of giving over time. As we make these letters available on our website, I hope that others will engage with them and add their voices to our ongoing conversation. What would your statement about giving be? 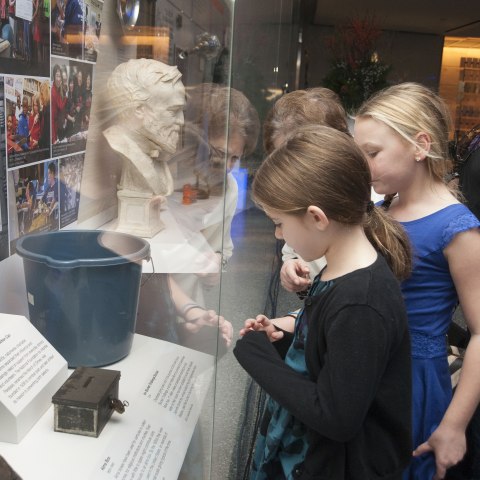 Containers reveal Americans thinking outside the box about philanthropy
I don't like to dodge questions, but that's what I did when someone asked me which object is my favorite in the museum's new exhibition on...