Discovery in the textile collection

In the colonial era, a certain type of pocketbook was all the rage from 1740 to 1790. Both women and men used them to carry valuables such as papers, coins, and jewelry. The majority were made of leather, but the ones that were saved tended to be the ones that were worked by hand using various needlework techniques. Women made them for their beaus, their husbands, or themselves. Shaped like a single envelope that closed with a flap, they were often bound with a wool or silk tape. To keep them closed, a clasp was attached or a ribbon or tape was tied around it.

Here is an example of one in the Textile Collection that was bound with a wool tape. 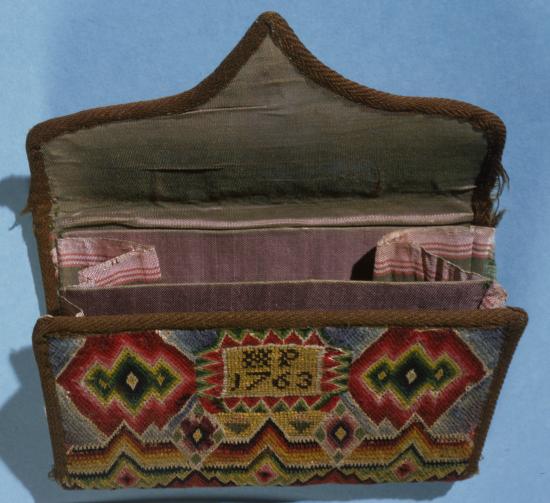 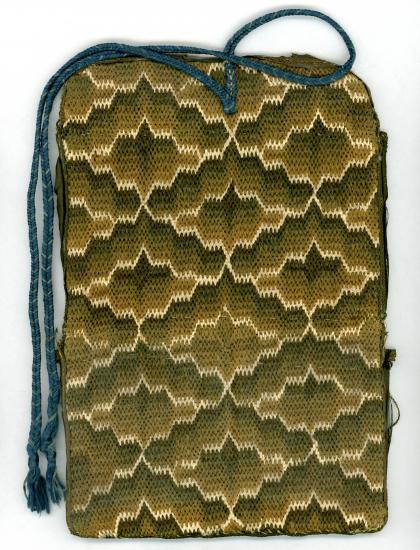 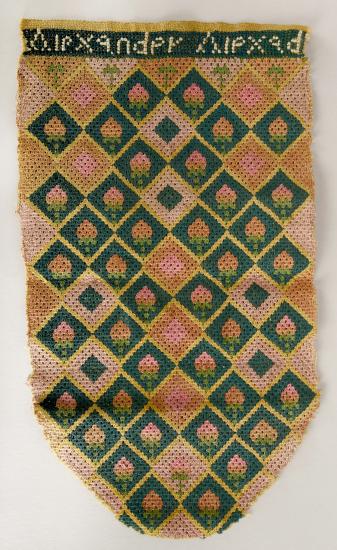 As a last resort, "The Misses Henry" was put into Google. That proved to be very helpful since they also gave art to the Smithsonian American Art Museum, and one entry said they were the daughters of a former Secretary of the Smithsonian. A few of the artworks they donated to the Smithsonian: "Buffalo Hunt on the Southwestern Prairies" and "Ko-rak-koo-kiss, a Towoccono Warrior" by John Mix Stanley.

Joseph Henry was the first Secretary of the Smithsonian from 1846 to 1878, and the Smithsonian Institution Archives is a valuable resource for learning more about him. Using Ancestry.com, we learned that on May 3, 1830, Henry married Harriet L. Alexander in Schenectady, New York. They had four children, three girl and one boy. Harriet was the daughter of Alexander Alexander, born in 1765 in Scotland. His family came to the United States around 1774 and he served in the Revolutionary War. His wife was Maria Connor, born around 1770 in New York. It is not known if Maria Connor made the pocketbook before or after they were married. The Misses Henry were Mary (1832-1903), Helen (1834-1912), and Caroline (1838–1920) Henry, daughters of Joseph and Harriet Henry. 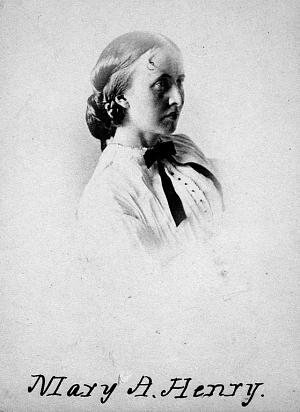 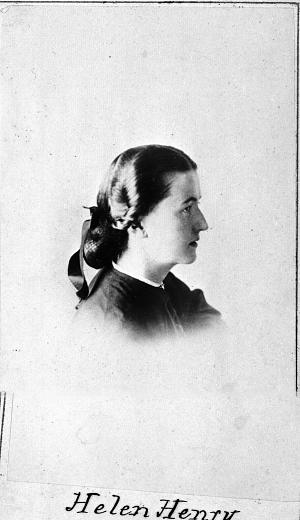 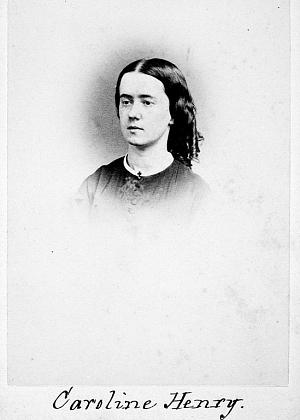 In the 1850 Washington, D.C., census, Maria Alexander was living with the Henrys. Perhaps the granddaughters became acquainted with the pocketbook then and were told it was a treasure worth saving. It was given in all their names to the Smithsonian in 1912.

The embroidered pocketbooks that were so treasured were made of a variety of stitches. The most common stitch for pocketbooks was the Irish stitch and it was often done with crewel 2-ply worsted wool thread on linen canvas. Others used the queen stitch, which was one of the most difficult stitches to master, and worked it with silk thread on linen fabric. Maria Connor Alexander stitched this one completely in queen stitch, with silk thread on a linen fabric.

This pocketbook stayed with the Henry family for over 100 years. It has been at the Smithsonian for over hundred years and now Maria Connor can be given the credit for her handiwork. Volunteers in the Textile Collection are diligently working to find the identity of the makers of the embroidered objects in the collection.

Written by Sheryl De Jong, Volunteer in the Textile Collection, Division of Home and Community Life.

Posted in Women's History, From the Collections, Textiles 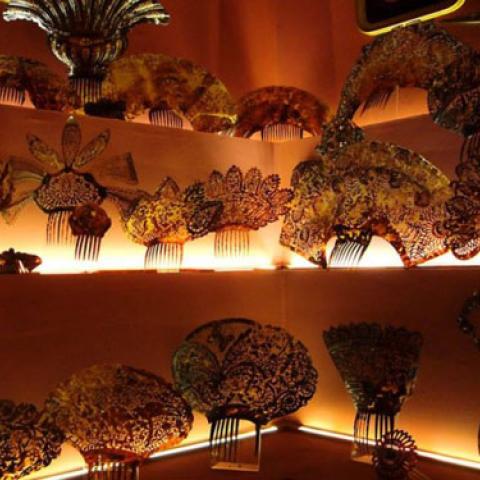