At our "Draper Spark!Lab" the sound of homemade banjos beckons

Around age eight I decided I wanted to play the violin. Fortunately, my parents had the access and money to buy a new instrument for me. But that luxury is not something everybody gets to enjoy. People don't always have access to or are able to afford store-bought instruments, so sometimes they invented their own out of everyday materials. Today, we invite kids of all ages to channel this same inventive spirit in the Draper Spark!Lab. 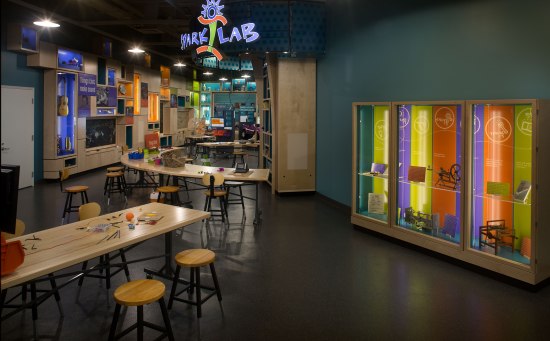 Objects from the museum's collection on display in Spark!Lab occasionally rotate when new theme activities are introduced. While we were preparing to switch to our latest theme of "community," I noticed that one of the activities welcomed kids to create their own guitar. This activity was modeled after two of the historical artifacts on display: the cigar-box banjo and the tin-pan fretless banjo. I immediately wondered, why would anyone would want to create instruments out of such common items and why did the Smithsonian collect these handmade creations?

Throughout human history, people have created instruments from everyday materials to enhance their personal musical expression. For example, banjos that originated in West Africa consisted of animal skins stretched over gourds attached to fretless wooden necks. Although it is unknown who first invented the tin-pan fretless banjo and the cigar-box banjo, I learned that Mississippi musician Gus Cannon made his first banjo out of a bread pan and a broom handle. We also know that cigar-box instruments have been around since at least the mid-1800s because Daniel Carter Beard, co-founder of the Boy Scouts of America, published plans in 1884 in Christmas Eve With Uncle Enos showing how to make one. Early designs generally consisted of one or two strings attached to the ends of a broomstick inserted into a cigar box. Our visitors can choose to follow or adapt this design when they make their own guitars at the Draper Spark!Lab. 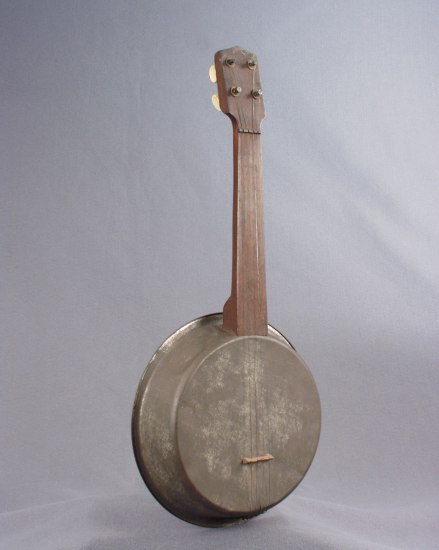 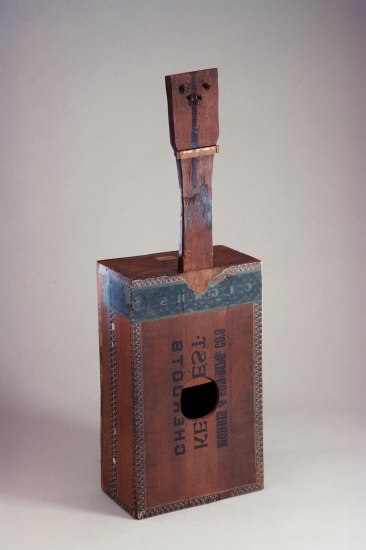 Around 1900 in Louisville, Kentucky, African Americans began playing empty local bourbon jugs alongside banjos and household materials like spoons and washboards, creating the "jug band" sound. They say that great jug players could get two octaves out of one jug, allowing the instrument to sound like a trombone. There was no particular jug that musicians had to use, just any jug that could produce rich low notes. Over time, the phenomenon spread along the Ohio and Mississippi Rivers to other cities. If no one was playing the jug as the lead instrument, bands featuring similar homemade instruments were sometimes called "skiffle" or "juke"/"jook" bands. 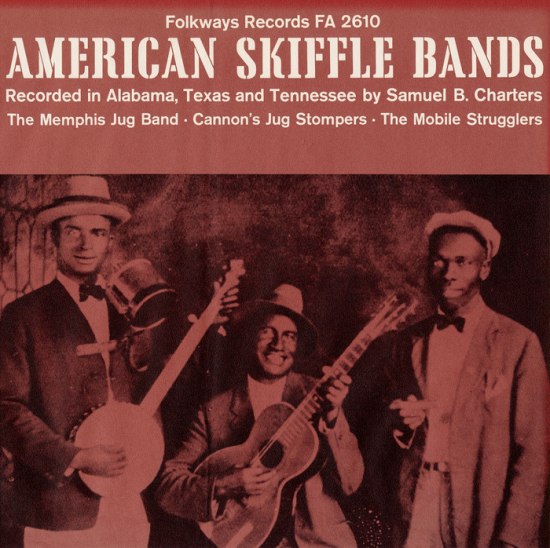 Listen to this clip of the song "Trippin Round" played by The Memphis Band featuring Will Shade on guitar, Gus Cannon on jug, and Charlie Burse on guitar and vocals, recorded in the United States. Courtesy of Smithsonian Center for Folklife and Cultural Heritage.

While we don't always know the name of the individual who made or played a particular object in the museum's collections, we know that these homemade instruments represent vibrant communities where musicians set their creative minds toward inventing new musical sounds that spread far and wide.

Fittingly, our current theme at Draper Spark!Lab is "community," and creating your own guitar is just one of the activities available. No matter what you want to invent, my colleagues and I at Draper Spark!Lab recommend you first "Sketch It" so you know what it should look like. You can also "Try It" and "Tweak It" so that it ends up working exactly how you want it to! Just make sure that you also "Sell It"; telling someone about your invention and how it works! Or, in the case of your homemade guitar, you can let your music do the talking. After all, that's probably how tin-pan banjos, cigar-box banjos, jugs, and other instruments made from everyday materials became key elements of homegrown American musical styles. 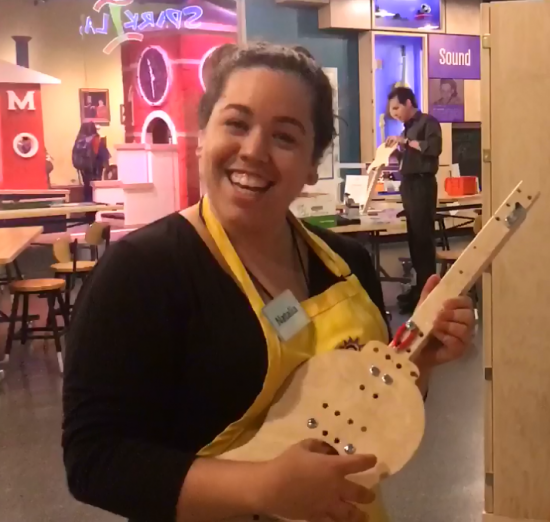 Blake Bass completed her internship in the Draper Spark!Lab in fall 2016. She is a graduate from Michigan State University with a degree in Anthropology and minors in African American and Africana Studies and African Studies. 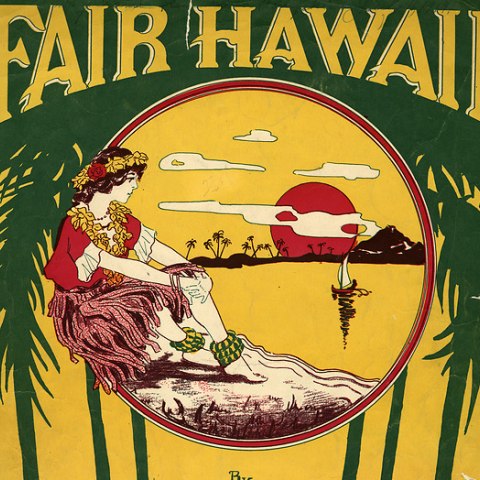 Itching to see the jumping flea: The great 1915 ukulele craze
In recent years, the ukulele, or jumping (lele) flea (‘uku) in Hawaiian, has received a renewed appeal. I've heard the instrument make...