For your Easter bonnet: Silk ribbons

"Spring is pre-eminently the season for ribbons," proclaimed The American Silk Journal in February 1900. As the official trade publication of the American Silk Association, the Journal encouraged the use of ribbons in clothing and accessories to supplement the industry's sales of "tying-up”" ribbons and bows. Ribbons were relatively inexpensive and could be easily changed or added to update a hat or garment. At a time when the Easter Parade really was a stroll down the most fashionable street in town to show off spring finery, silk ribbons were an affordable luxury that let nearly everyone participate. 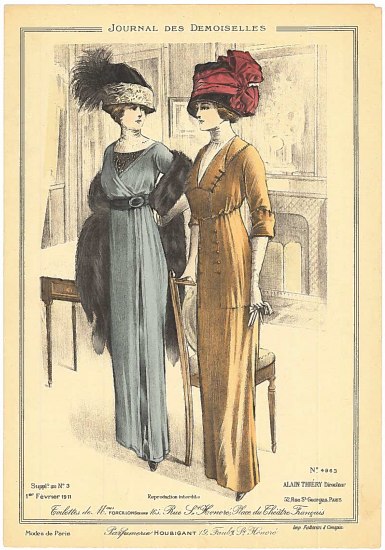 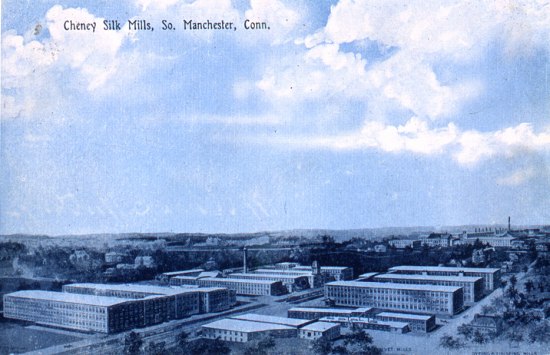 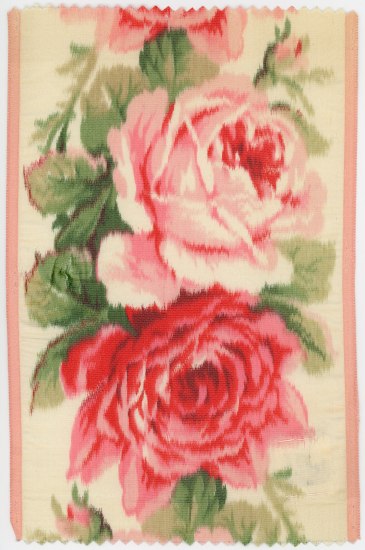 Consumers had an almost overwhelming selection of ribbon styles to choose from: glacé, tinsel-edged, ombré, brocade, grosgrain, moiré fancies, luster, ciré, reversibles, panne, chiné, gauze, and changeable are only some of the varieties available. With their bright colors and vast variety, ribbons were often touted as the conscientious choice to make in millinery trimmings over bird feathers. The October 1903 issue of The American Silk Journal described a wide satin ribbon dotted with colorful birds, and noted, "[F]or those who would like to wear proscribed birds, and don't care to run up against the Audubon Society, the idea suggests endless possibilities." The founders of the first (Massachusetts) Audubon Society, Boston socialites Harriet Hemenway and Minna Hall, were inspired to create the organization in 1896 by the vast consumption of many species of birds—whole birds, wings, and plumage—in the creation of women's fashionable headgear. 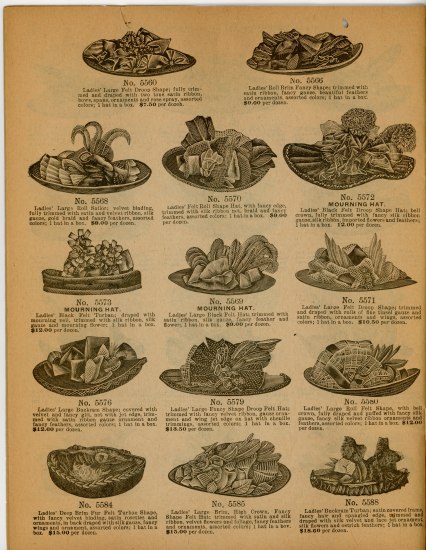 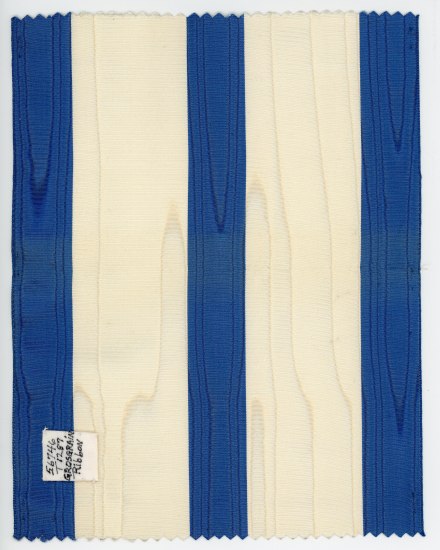 During the first decades of the 20th century, a woman's hat was the most important finishing touch to her ensemble. The Millinery Trade Review—one of several millinery journals to arise in New York around that time—presented an illustrated monthly column by a young man named Ora Cné, a professional millinery "trimmer." One column contained instructions for 18 bows, with descriptive names such as the pineapple, the battle ax, the head of wheat, and the mosquito. 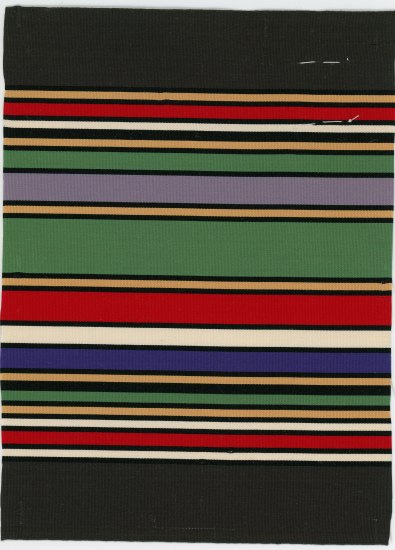 Ribbons weren't just for hats. They were also stitched in rows or patterns on skirts, bodices and sleeves, and threaded through casings and "beaded" edgings on women's voluminous chemises and petticoats. The ribbon counter at a department store or specialty shop sold not only lengths or rolls of ribbon, but novelties made up by the store's "trimmers." Customers could select the ribbon they wanted made up into items such as belts with fancy buckles or shirred garters. Ribbon flower wreaths or sprays, nosegays, and individual blossoms were used in the hair, decorated lapels or necklines, and nestled around the crowns of picture hats.

Gift novelties such as ribbon-trimmed picture frames and decorative bags, baskets, or boxes made to hold needlework or personal items sold particularly well at Christmas and Easter. 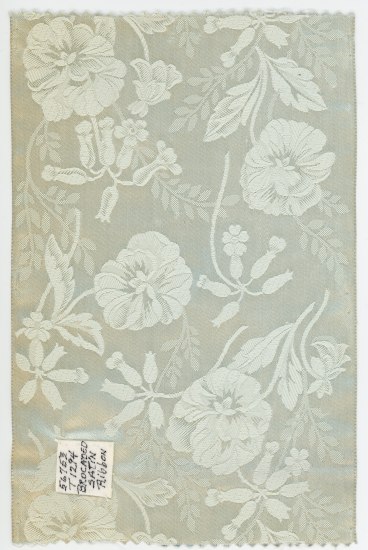 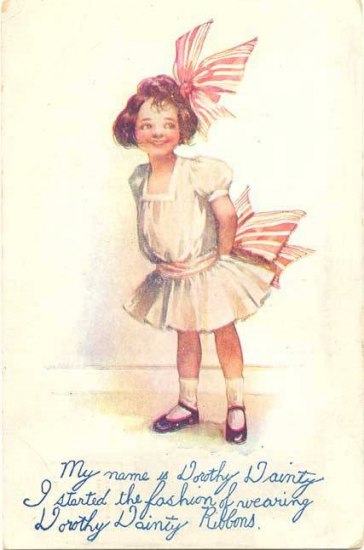 In the 1920s, the new fashions of bobbed hair, tailored hats, sportswear, and tubular silhouettes led to simplified clothing and trimmings and greatly reduced the use of ribbon. Close-fitting, brimless millinery required only a band and perhaps a flat ribbon bow or cockade, not the eight to 10 yards of fancy patterned ribbon on a single hat—or in a single bow—of a decade earlier. In this contracting market, ribbon manufacturers turned to new fibers and manufacturing techniques, or went out of business. 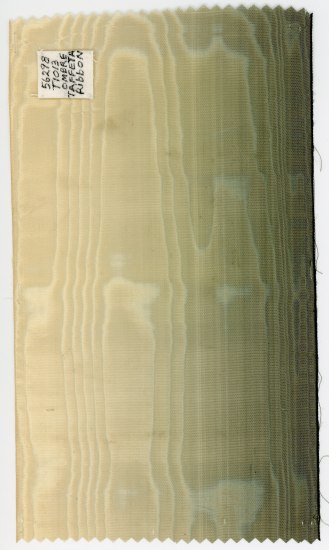 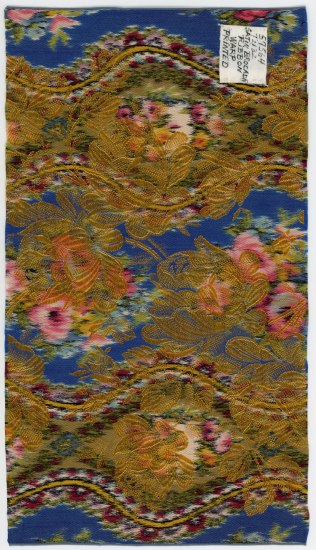 These samples donated by four major ribbon manufacturers certainly illustrate the technical skills of the weavers, the artistic skills of the designers, and the importance of these "narrow fabric" manufacturers in the U.S. economy. But they should also remind us of one of the most bitter strikes in American labor history—the Paterson Silk Strike that took place from February to July 1913. The strike took place just months before these silk ribbons came to the Smithsonian. The ribbons illustrated here were, undoubtedly, woven by some of the 10,000 ribbon weavers in New Jersey and New York who had joined the strike by the end of March, but were back at work at the end of July.

The ribbon weavers' goal in striking was to negotiate an eight-hour day and a rollback on more than a decade of wage cuts. Although the Paterson strike ended in defeat for most of the striking workers, the high level of skill required to weave "fancy" ribbons gave that group a little more leverage in their negotiations; some ribbon firms offered a nine-hour day and a slight wage increase to returning workers. 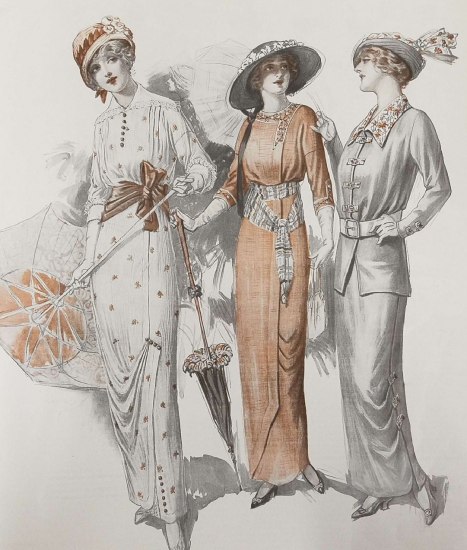 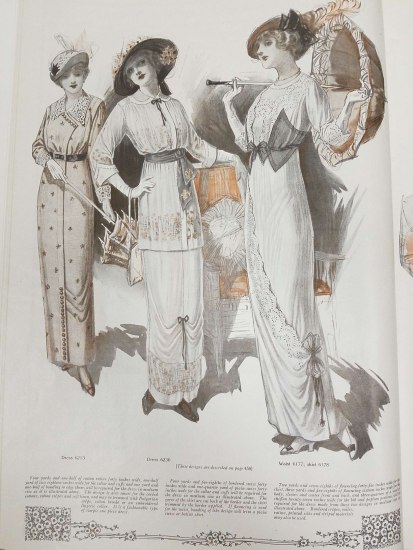 Nevertheless, during the 1920s, the industry changed significantly. Contraction of the ribbon market led to the closure or takeover of many firms, including Smith & Kaufman and Pelgram & Meyer.

The companies that were left, including Cheney Brothers and Taylor-Friedsam, adopted new, automated looms that lessened the need for skilled weavers. Silk gave way to rayon, and the remaining American manufacturers ceded the market for the fanciest woven novelty ribbons to European makers.

The ribbons donated to the Smithsonian's textile collection, however, remain to delight us with their designs and inspire us to know more about the circumstances and lives of the people who made them—and perhaps to wish we had some to ornament our own Easter bonnets.

Madelyn Shaw is curator of textiles in the Division of Home and Community Life. She has also blogged about World War I silk and silks designed to celebrate America’s National Parks. 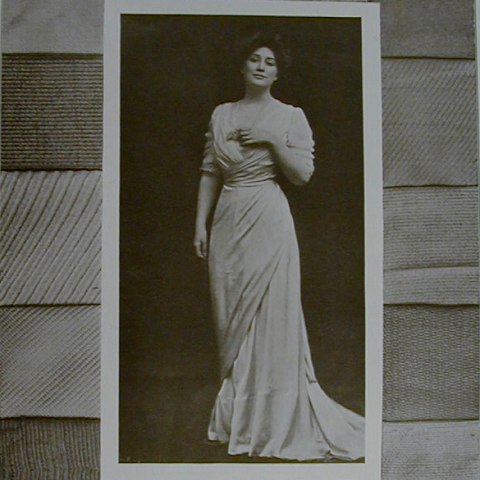 Post-World War I tales: A silk surplus, armistice fashion, and a philanthropic innovator
Even before the United States entered the First World War in 1917, procurement officers for the armed forces began to look for sources for... 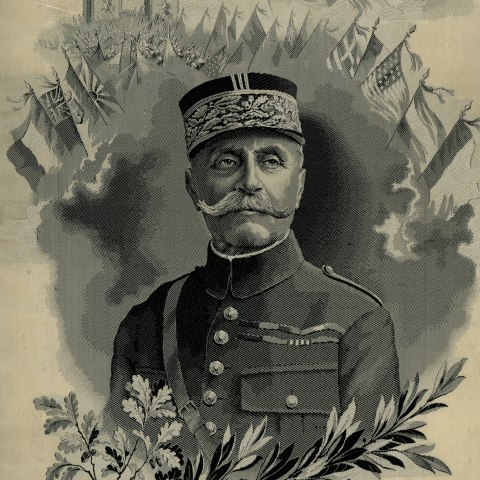