If time-travel were possible and I could pick a moment, I'd choose Menlo Park, New Jersey, for my destination on New Year's Eve in 1879.

As a historian of technology, I am fascinated when an inventor takes a simple, widely understood principle and, through ingenuity and persistence, creates a practical device. As a curator, I am constantly looking for technical objects that help me understand an inventor's process. Sometimes the two of these come together, as with Edison's light bulb.

The knowledge that hot materials can produce useful light is as old as the discovery of a means to control fire. In the 19th century, several people considered how this might be done electrically in the home. But it was Thomas Edison who, after more than a year of experimentation, came up with a commercially viable solution. Being a promoter as well as an inventor, he announced this achievement by lighting up his Menlo Park laboratory and adjacent buildings 135 years ago this evening. The world came to see—by carriage, by horseback, and by special trains from New York some 20 miles away. It was a fitting demonstration for the beginning of a new era. 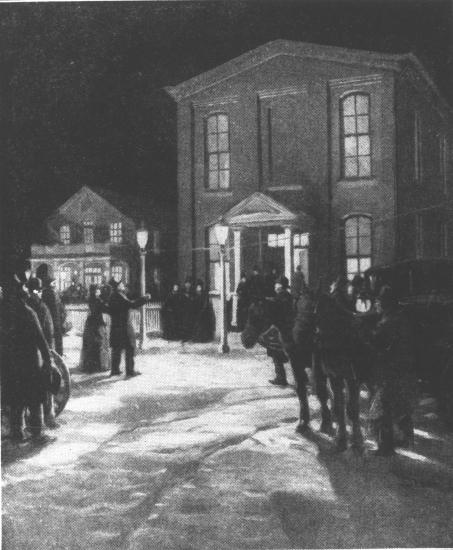 Edison's light bulb was not a simple invention. The glowing element had to be strong and to glow without burning or breaking. It had to conduct electricity, yet it also had to have a high electrical resistance; this last condition was a critical factor that only Edison, among the early inventors, understood. With a high resistance, heat would build up in the element instead of in the feed wires coming from the distant electric generator. After testing hundreds of materials (some of which are in our collections) he settled on a thin strip—or filament—of carbon. 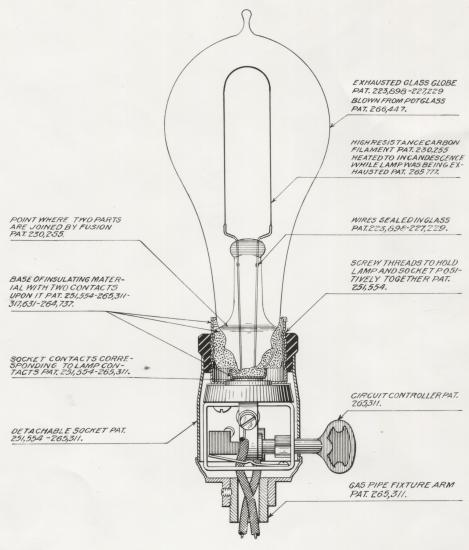 Because carbon would burn if exposed to air, it had to be enclosed in a glass bulb. This meant special procedures for blowing the bulb around the mounted filament and evacuating the air. Small platinum clamps attached the filament to wires coming through the glass. When the glass bulb was mounted in a socket, these wires were connected through a switch to the main electrical supply. 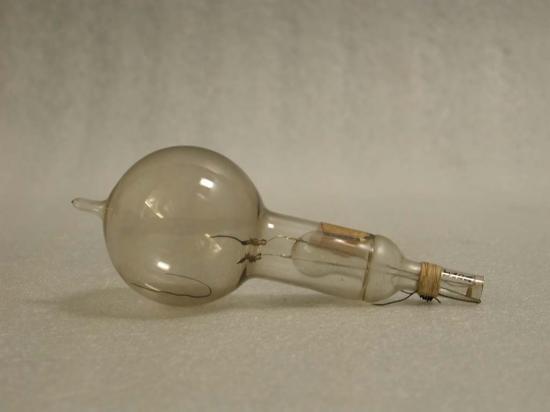 All of this is apparent when you look carefully at the early light bulbs—including the glass "tip" at the top of the bulb, a remnant of a glass tube that led to a vacuum pump. One from that December 31 event is displayed in the museum's Lighting a Revolution exhibition.

In the exhibition, a sequence of several bulbs show how Edison and his assistants continued to tinker with the invention. By 1881, he had a light bulb that you could screw into a socket today—and turn on. All starting from a simple principle that was not so simple in execution.

No wonder the light bulb has become the symbol of invention.

Bernard S. Finn is Curator Emeritus of the Electricity Collections.