25 years later: the legacy of the El Monte sweatshop raid

During the cool pre-dawn hours of August 2, 1995, a large multiagency task force led by the California Department of Industrial Relations raided a fenced seven-unit apartment complex in El Monte, California. What they found was one of the most horrendous U.S. sweatshops in modern times. Looking back on the event 25 years later offers us lessons in how outrage can fuel historical change and how those changes sometimes fall short.

Law enforcement officers arrested eight operators of a family-owned garment sweatshop and freed 72 Thai nationals who had been brought into the country illegally. The workers, most of them women, had been held captive behind fences topped with razor wire and forced to sew garments 16 hours a day, seven days a week. It was a case of modern-day slavery that shocked the nation.

In 1995 S&P Fashion (also known as SK Fashion and D&R Fashion) appeared to be a nondescript, mid-size Los Angeles sewing shop. S&P was producing apparel, mostly ladies and juniors garments, under contract for companies like Montgomery Ward and BUM International and did not market the clothes sewn in their shop. At the time there were over 4,000 contract shops in Los Angeles, employing about 100,000 people. S&P Fashion squeezed out the competition by exploiting its workers.

There were multiple locations, two in downtown Los Angeles with about 70 Latinx workers and one in El Monte with 72 Thai national workers. The El Monte location concealed its enslavement, holding the workers captive, grossly underpaying them (about 69 cents an hour), and pushing the workers to sew long hours with no overtime.

Although the El Monte case was an extreme case of exploitation, sweatshops were not new in the United States. While there is no clear, single definition of the term “sweatshop,” it generally refers to a workplace where laborers work long hours for low pay in unhealthy and unsafe conditions, often in violation of the law.

Americans have long debated what constitutes a fair wage and reasonable working conditions, and society’s responsibility for meeting those standards. Like the Triangle shirtwaist fire in 1911, the El Monte sweatshop raid was a landmark moment in United States labor and immigration law history because it raised awareness and prompted legal reforms.

Now, 25 years after the El Monte raid, its importance still resonates. Law enforcement officers working the case pioneered new techniques to fight exploitation. Government officials and activist organizations used the publicity around the case to promote workplace and business reforms. Retailers and manufactures reacted, launching efforts to clean up the garment production commodity chain. Last but not least, the lives of the 72 Thai workers were dramatically altered.

The creative use of visa laws is what makes El Monte a landmark case in immigration law enforcement history. Instead of deporting the workers, federal prosecutors arranged for S visas, arguing that the workers would be material witnesses and give testimony. The S visa program, originally intended for informants in high-profile drug cases, was created one year earlier in 1994 as part of the Violent Crime Control Act and Law Enforcement Act. Use of the S visa was a stretch for the El Monte case, but it worked.

Five years later lawmakers recognized the benefit of a visa that encouraged victims of human labor trafficking to testify. Congress passed the Victims of Trafficking and Violence Protection Act in 2000, establishing a new visa: the T visa. The introduction of the T visa, inspired by El Monte, gave law enforcement officials a new tool to help prosecute human traffickers.

The Victims of Trafficking and Violence Protection Act defined the modern crime of trafficking as opposed to old concepts of chattel slavery. Without the law, the prosecutors in the El Monte case had relied on the 13th Amendment, which abolished chattel (personal property) slavery and involuntary servitude. “Human trafficking is a form of modern slavery,” reported the Little Hoover Commission, an independent California oversight agency. “Victims are denied their fundamental freedom, subjected to oppressive and horrifying conditions, and often even denied minimal pay.”

One giant legacy of the El Monte sweatshop case was reform by retailers and manufacturers. A lawsuit presented by the Asian Pacific American Legal Center for the El Monte workers resulted in over $4 million in restitutions. The workers sued not only their captors—the operators of the sweatshop—but they also sued the manufacturers and retailers who had ordered the garments. The suit in federal court was a novel application of the Racketeer Influenced and Corrupt Organizations (RICO) laws.

By 1999 11 companies—Mervyn’s, Montgomery Ward, Tomato, BUM International, Lf Sportswear, Miller’s Outpost, Balmara, Beniko, F-40 California, Ms. Tops, and Topson Downs—agreed to pay more than $3.7 million in back wages to the 150 workers who labored in the El Monte sweatshop and its front operation. These companies made no admission of wrongdoing.

Originally designed in 1970 to stop organized crime, RICO laws held manufactures and retailers responsible for subcontractors. This was a game changer. Clinton’s Secretary of Labor Robert Reich and others used it as a wedge to force manufacturers and retailers to clean up their commodity chains (the process of production from raw material to finished product) by instituting codes of conduct and establishing monitoring companies to ensure corporate codes of conduct were being followed.

For the 72 Thai workers, the results of the raid were life-changing. They were released from their captors and allowed to normalize their status. Most became United States citizens.

The media attention to the El Monte case, combined with the efforts of prosecutor Mike Gennaco, attorney Julie Su, Thai Community Development Center Director Chancee Martorell, and others made a difference for the Thai workers. After being freed from their captors, the Thai workers were not deported. Instead they remained in the United States and were issued visas with a path to citizenship. On August 14, 2008, one of the workers, Maliwan Clinton, proudly waved her American flag after being sworn in as a citizen. "I'm an American and this is my home now!"  Some of the workers used their sewing skills and took jobs in the apparel industry, this time in legitimate shops. Others worked in retail, restaurants, and house cleaning. Sutchai Chaisuni, another worker, became a registered vocational nurse after studying for several years in night school. A few of the Thai workers started businesses. Sukanya and Win Chuai Ngan were the 2001 recipients of the Small Business of the Year award from the Los Angeles Asian Pacific Islander Small Business Program. Rotchana Sussman has become an activist against human trafficking. "I learned to let go," she explained. "Forgive, but never forget."

The exploitation of Latinx workers in the downtown shops, on the other hand, was less dramatic and received little media attention. While many of the Latinx employees in the front shops were working illegally without a visa, they were not arrested. Instead they slipped away into the Los Angeles labor pool and remained in the large underground economy.

As I reflect on the El Monte sweatshop raid, I realize the current national discussions on racial and social justice are connected to many of the lessons of this event. Sadly, one point is that workplace exploitation doesn’t go away on its own. Government regulation, inspection, and enforcement, especially in hyper-competitive industries like garment production, is important. However, even with laws in place, bad people do bad things. The good news is that when the public puts pressure on manufacturers and retailers, things can improve. American capitalism is capable of exploitation, but it is also responsive to public pressure.

You can learn more about the El Monte raid in our object group. 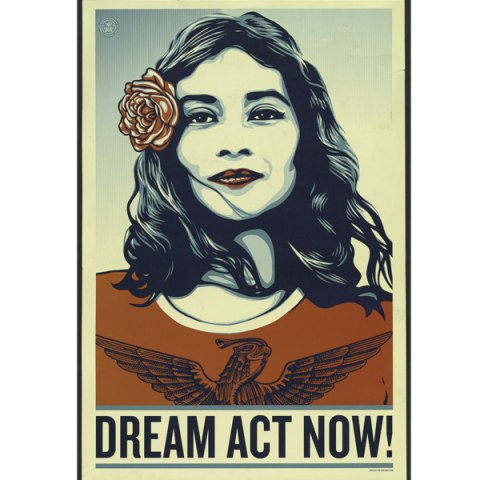 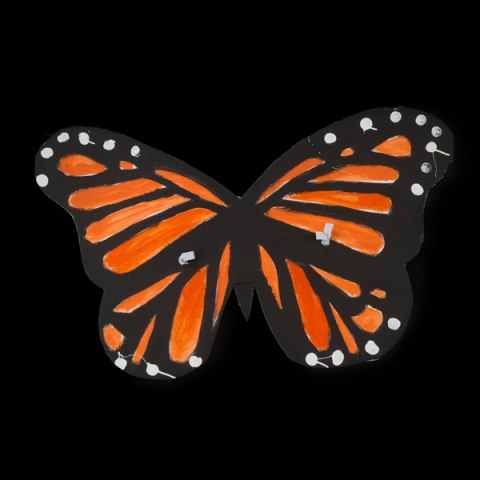 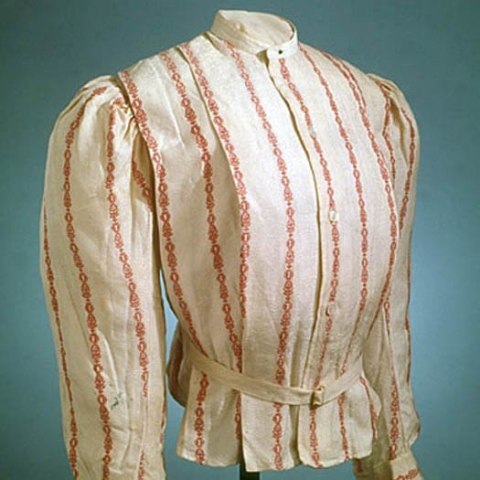 What you may not know about the Triangle shirtwaist factory fire
Shirtwaist made by Fisk, Clark & Flagg, about 1910.Shirtwaists, tailored blouses of the 1890s and early 1900s, became especially...