By By volunteer Larry Margasak, January 5, 2017

The 2016 presidential election brought renewed discussion about the way Americans vote for presidential electors, those who will then cast ballots for president. But few Electoral College controversies can top the once-in-a-lifetime New York State electors meeting of January 1893, chaired by piano manufacturer William Steinway. 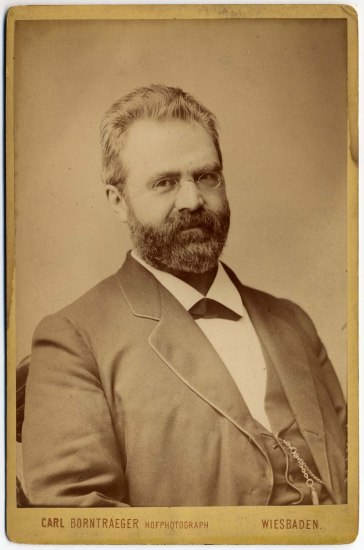 William Steinway wrote in his diary on January 9, 1893, that it was "intensely cold" and his knee "hurts me badly" due to a terrible attack of gout as he boarded a New York City train for the state capital, Albany. However, the pain wasn't going to stop Steinway from chairing the meeting of New York State's presidential electors, who would cast votes for his longtime friend and 1892 Democratic presidential winner, Grover Cleveland. 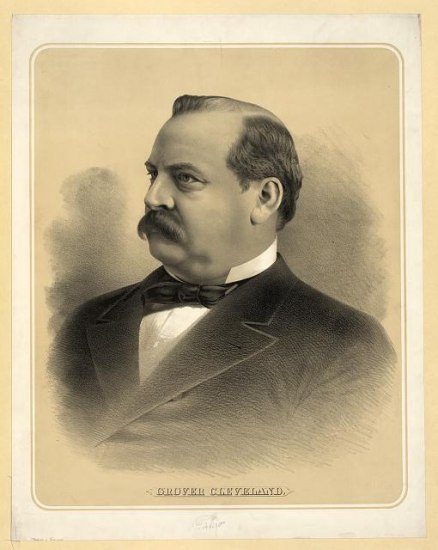 Steinway had no way of knowing that some of New York's Democratic leaders would carry out secret plans to hijack the electors meeting in order to push through an endorsement of their eventually successful U.S. Senate candidate, Edward J. Murphy Jr. The New York Times wrote that the meeting turned into a farce, and editorialized, "If the ridiculous institution of the Electoral College had been abolished this disreputable appendix to it would have been avoided."

Today, the U.S. system of voting for electors—who then cast ballots for president and vice president in separate state meetings—is piquing public interest because opponents question whether it is fair for candidates to win the popular vote but lose the election. The electors chosen in each state form the Electoral College. There are 538 electors in the 50 states and the District of Columbia, with 270 electoral votes needed to elect a president and vice president. 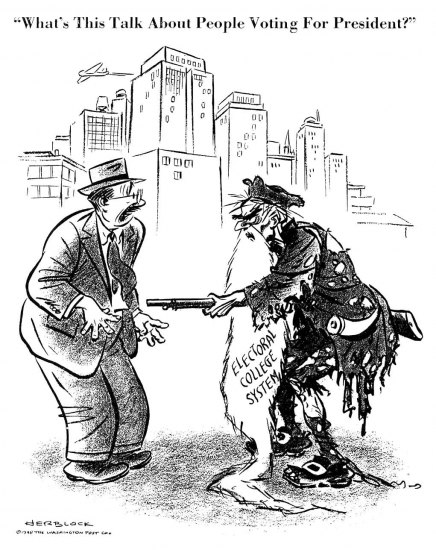 Steinway, whose diary resides in the museum's Archives Center (Steinway and Sons Records and Family Papers, 1857–1919), had known Cleveland since 1869, when he was a client of Cleveland’s law firm in Buffalo, New York. He supported Cleveland in his successful campaigns for New York governor and the presidency. He was an informal adviser on job appointments in Cleveland's first presidential term and turned down an offer to serve in a high post in the Treasury Department.

It's hardly surprising that Steinway ended up chairing the New York State electors meeting in 1893. Just before Election Day, he had organized a rally of German Americans for his friend Cleveland which he described in his diary November 6: "every paper brought a report of our German Mass Meeting, with my name as chairman, my introductions and my speech wholly or in part."

If presidents were elected by receiving the most popular votes, Al Gore would have started a presidential term in 2001. Andrew Jackson would have been in the White House after the election of 1824 instead of 1828. Samuel Tilden would have lived at 1600 Pennsylvania Avenue after the election of 1876. And Cleveland, ironically, wouldn't have made history because he would have served two consecutive terms. Cleveland won the presidency in 1884 but not in 1888, finishing ahead in the popular vote but losing in the Electoral College to Republican Benjamin Harrison. Cleveland rebounded in 1892, winning the popular and electoral voting in a rematch, becoming the only U.S. president to serve two non-consecutive terms.

Steinway was among those blindsided by the Senate endorsement, at a time when state officials—not the general public—elected U.S. senators. With the electors meeting recessed, he temporarily relinquished the gavel. He wrote about the fiasco January 10, 1893, saying "Papers all condemn…springing the ill timed resolution, only Staatszeitung [a leading German-American newspaper] states that I refrained from voting."

The New York Times story dated January 9, 1893, said, "Nothing like this was ever seen in this or any other state. The majority of the electors were surprised; the more independent of them amazed."

The Times pointed out that the endorsement maneuver was an affront to Cleveland, who had opposed Murphy. Murphy served a single term in the Senate from 1893 to 1899, and lost a reelection bid. Eventually, the electors meeting got back on track, and all cast their votes for Cleveland.

After the farce of the 1893 New York electors meeting, Steinway didn't want to hang around Albany very long. He wrote that he adjourned the meeting at 3:47 p.m., got a ticket for the 5:00 p.m. train back to New York City, and reached home at 9 p.m., "badly tired, hungry and suffering pain in right knee."

Larry Margasak is a retired journalist. His last blog post focused on visitors' personal attachments to the museum's Ruby Slippers from The Wizard of Oz. Explore the Steinway and Sons Records and Family Papers, 1857–1919, in the museum's Archives Center.