Not just a cool convenience: How electric refrigeration shaped the "cold chain"

Electric refrigeration motivated Americans to rethink how they purchased, prepared, and stored food when it first took off in the 1930s. Refrigerators continue to play a central role in our daily lives; 99.5 percent of all American households have one. I spoke with Colorado State University–Pueblo historian and author Jonathan Rees, who explains why refrigeration became a phenomenon in America—and why we might not even realize the extent of its impact. Dr. Rees is the author of Refrigerator and Refrigeration Nation: A History of Ice, Appliances, and Enterprise in America. 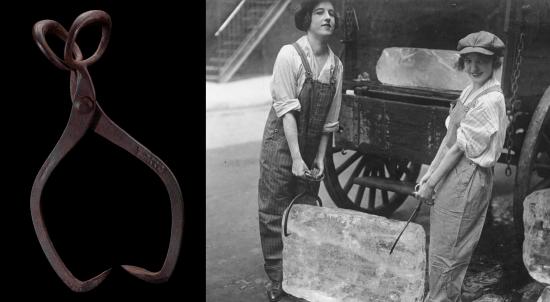 There seems to be something very American about refrigerators. Why does that association exist?

We were the home of the ice industry in the early 19th century. The people who sold ice had to create a market and realized ice could be used to refrigerate meat and produce. And there's a lot of distance in this country for meat and produce to cover before reaching consumers, so ice became useful for transportation. Mechanical refrigeration had many inventors worldwide, but electric household refrigerators took off here first and strongest. 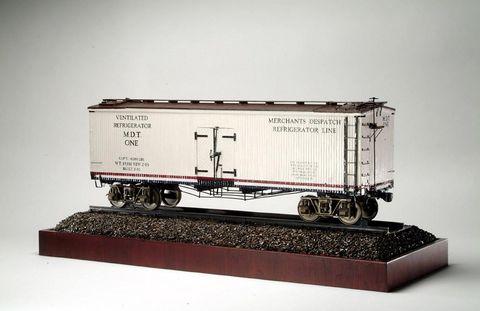 Do you think refrigeration as we know it today dates back to one specific turning point, or has it been a series of small advancements?

I think it's been a very gradual change. The technology needed to produce refrigeration was pioneered in the cold chain. By "cold chain," I mean a food chain for perishable food. That entailed not just producing food but also moving it without spoilage, keeping it in your house, and storing it over time. There were many gradual improvements along the chain over about a 150-year period, and the electric household refrigerator was the last one. We could then keep all the perishable foods we wanted, to our hearts' content. If we ever wanted more, we could just buy a bigger refrigerator.

So how has the size of refrigerators evolved?

It couldn't have happened without prosperity, especially after World War II. This was the first time that the majority of Americans owned refrigerators. 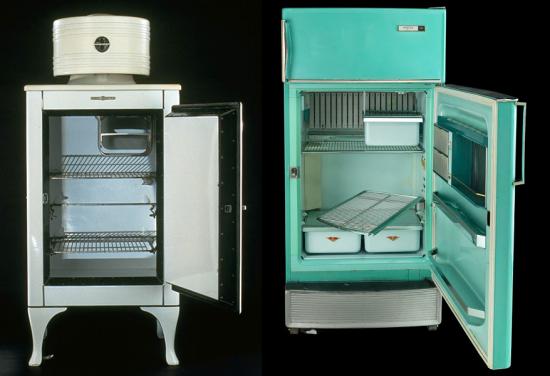 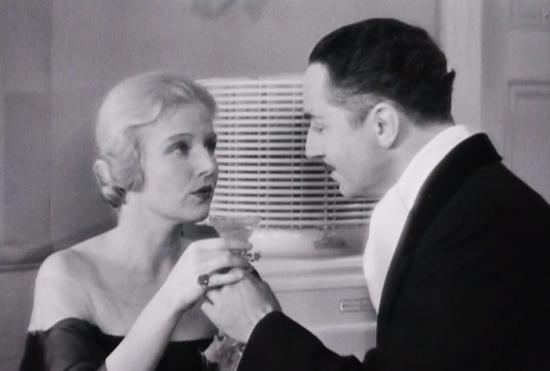 A big theme in the Taylor Foundation Object Project is taking a closer look at things that might seem commonplace. Why is it that we rarely think about refrigeration technology?

Refrigerators were adopted faster than just about any other technological innovation of the 20th century. They made their debut in the teens, and 30 years later, over half of Americans had them. By 1960, just about every American had one. That is incredibly quick. People got used to them very quickly because they were suddenly everywhere. After 1927, they were also extremely reliable, so people expected them to work. Now we only notice them when they're not working.

Are there any other appliances or technologies that you think have had a similar impact on Americans' daily lives, or even gotten close? 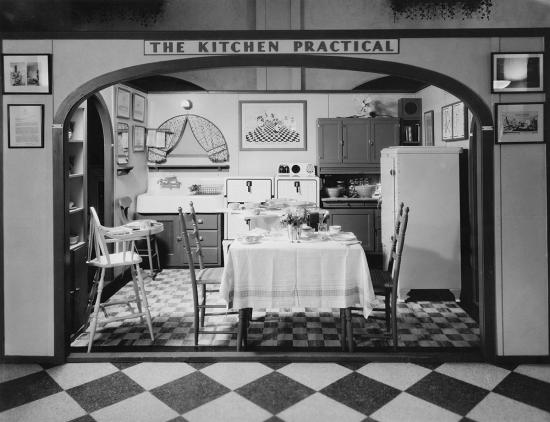 In your recent "Object Lesson" about refrigerators, you made the point that the advent of refrigeration wasn't just a reflection of changes that were happening in America, but it also became a driver of change in society and daily life.

Think about food preparation. An enormous amount of women's time once went into preserving perishable foods through pickling or drying, so that they would still be edible. Refrigeration essentially eliminated that labor. We still have pickles and beef jerky because they taste good, but we don't need to do that to survive. Also, refrigeration is just about the only form of food preservation that doesn't change the taste of food. So we get to enjoy things that are closer to fresh than ever before. These are changes that people benefit from every day, whether they realize it or not.

Caitlin Kearney is a new media assistant for the Taylor Foundation Object Project. Previously, she has blogged about mid-century cooking.