In late December 1915, a century ago, 104 mathematicians and mathematics teachers assembled at The Ohio State University to form the Mathematical Association of America (MAA). By April of the following year, membership was over 1,000. Many enjoyed doing problems posed in The American Mathematical Monthly, an established journal taken over by the new organization. Both the MAA and the Monthly endure—the organization recently celebrated its centennial in Washington, D.C.

Hundreds of objects associated with charter members of the MAA survive in the collections of the National Museum of American History. As part of the MAA's centennial celebration, museum staff and volunteers selected a few of the objects, arranged to have them photographed, and prepared brief descriptions that will become part of the objects' official records at the museum. (Check out the Mathematical Objects Relating to Charter Members of the MAA object group.) These objects date from before or after that inaugural meeting. However, looking through the collections as part of routine photography, we recently found a few objects that can be dated to the very month of the MAA's founding. Massachusetts schoolteacher A. Harry Wheeler may have lacked the resources to attend the meeting in Ohio. Instead, he worked away over his winter holiday making mathematical models. The Smithsonian has four small paper models which he made in the same month as that meeting. 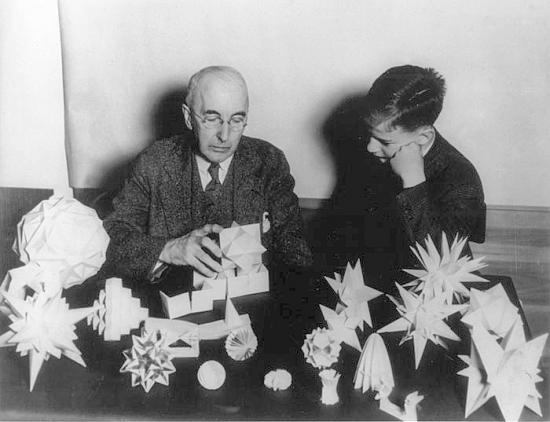 The models Wheeler made in late 1915 show flat sections of surfaces. Models of this sort had been sold for European schools from at least the 1880s and are now discussed under the name of sliceforms. They are an inexpensive way to represent simple geometric forms.

Wheeler's simplest model has several circles, fit together around an equator to suggest a sphere. A second shows parts of ellipses of slightly different size, arranged around a central elliptical ring to form an ellipsoid. Wheeler called these figures "collapsible" and they do tend to lose shape with time. A third model (not yet photographed) not only has several discs whose edges form great circles of a sphere, but circles of smaller size perpendicular to the large ones. It does not collapse. If the sphere represented the earth, the large circles would represent meridians of longitude and the small ones latitude circles. Wheeler actually made this model December 18, 1915. The two others are dated for the following day. 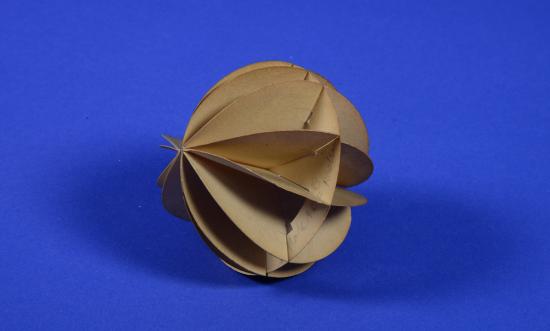 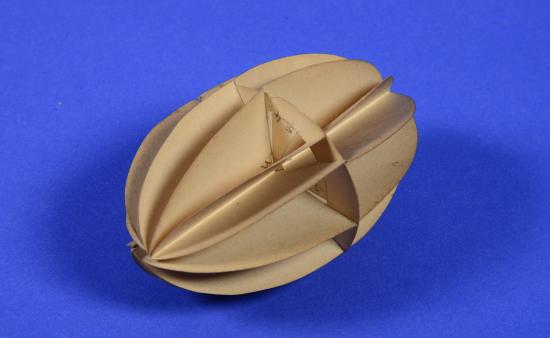 Wheeler was an active member of the Association of Teachers of Mathematics in New England, and had attended their annual meeting in Boston earlier in the month. Instead of venturing out to Ohio for the first meeting of the MAA, he made another geometric model. (He would join the MAA in the spring.) 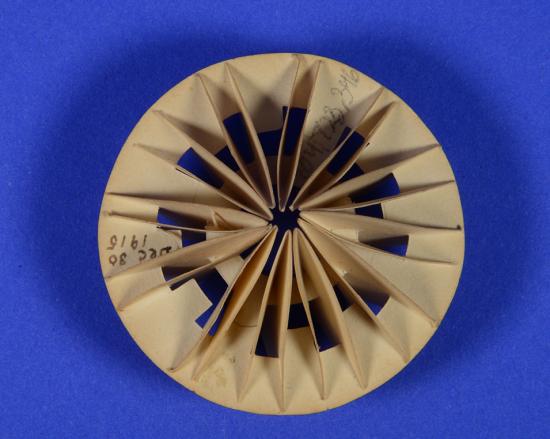 Like many good teachers, Wheeler inspired his students. For example, the Smithsonian has a model of two intersecting spheres made in early January 1916 by Wheeler's pupil Emile Jandron. It is quite similar in style to the models Wheeler had made the previous month. Jandron would graduate from the Worcester High School of Commerce in June 1916 and go on to a career as a tobacco salesman. 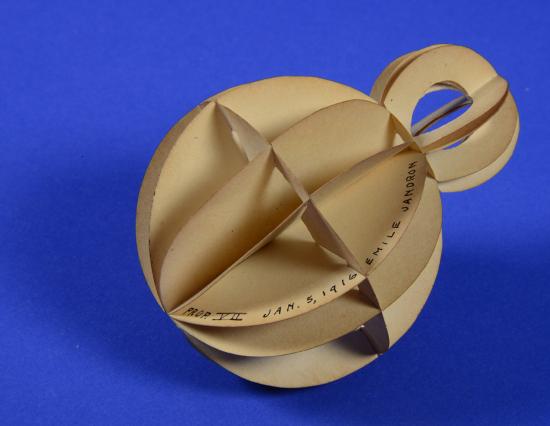 Peggy A. Kidwell is Curator of Mathematics at the National Museum of American History. Learn more about mathematical objects associated with charter members of the Mathematical Association of America. Object photography by Harold Dorwin. 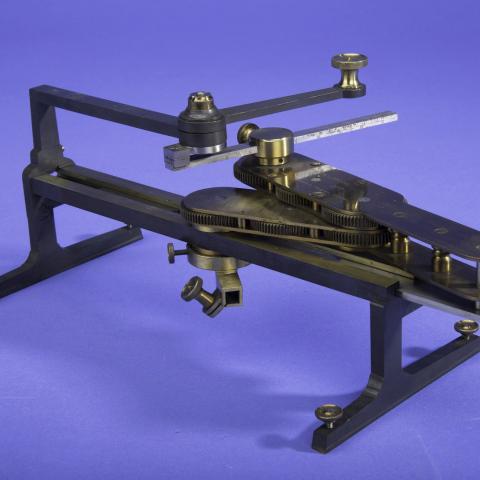