Fantastic beasts and the currency that depicts them

This is another post in our National Coin Week series. See previous posts about goddesses on currency and money and the military.

For thousands of years, humanity has been fascinated by the allure of fantastical beasts and mythical creatures—so much so that many depictions of these unknown animals have been featured on coins and banknotes around the world, and their portraits have stood the test of time. In the spirit of National Coin Week, I wanted to reflect on some of the mythological beasts that have appeared on currency. Luckily you don't need Hagrid's help to find them, as many of these fantastic beasts reside in the National Numismatic Collection.

According to Greek mythology, Pegasus, the winged horse, was born from the union of the god of the sea, Poseidon, and the famous gorgon, Medusa. The Hippocrene, a spring found on Mt. Helicon that was sacred to the Muses, was born from the beating of his hooves upon the ground. To numismatists, Pegasus is well known from his depiction on the obverse of silver Staters from the Greek city-state of Corinth.

Dragon mythology has been prevalent around the world, and stories of dragons can be found from southern Europe all the way to East Asia. Dragons are serpent-like creatures that are well known for their sometimes fiery breath. European dragons often have stocky bodies and large wings (cue mental image of Drogon from Game of Thrones), while dragons from eastern Asia are more serpentine. Eastern dragons also have smaller wings, which render them flightless. 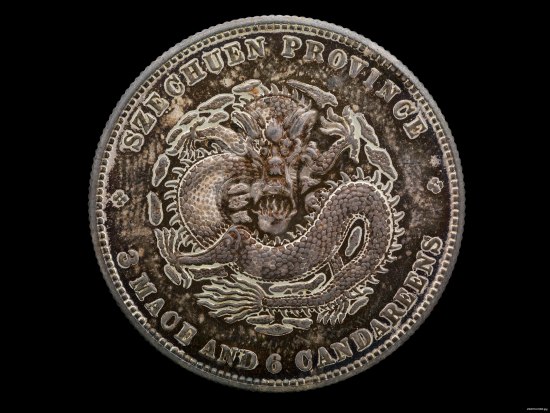 Dragons were a powerful symbol on coinage, as they represented strength and power—just ask the House of Targaryen. In Chinese legends, the dragon was a symbol of imperial authority. The first ruler of China, the Yellow Emperor, was said to be closely related to a dragon. Today many Chinese people who trace their ancestry back to the Yellow Emperor refer to themselves as "the descendants of the dragon," invoking the power and majesty of these extraordinary creatures. 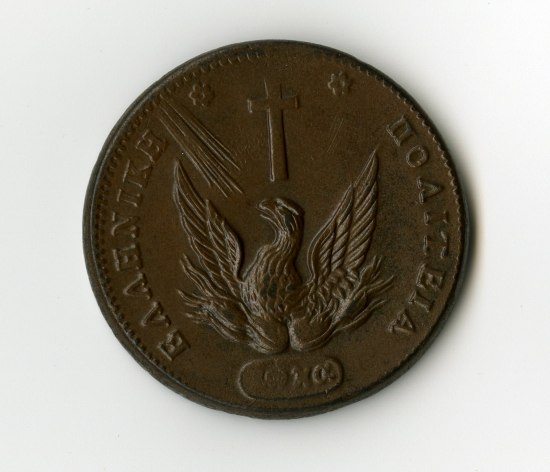 One of my favorite mythical creatures is the phoenix. The phoenix is a bird-like creature that, when it dies, erupts in a combustion of flames until it is rendered to ash. The phoenix is then reborn, flaunting its highly sought-after gift of immortality. The phoenix first appears in the legends of Greece and Rome but their mythology has lived on throughout the centuries, appearing on the coinage of Greece all the way into the 19th century and even making its way across the Atlantic Ocean to grace currency produced in the early days of the United States.

The above note, with a depiction of a powerful phoenix in the center, was printed by the Phenix Bank in New York, New York, in the 1800s. Before the Civil War and the establishment of the National Bank Act in 1863, state banks and other entities could receive a charter through the U.S. government to print currency. Often these notes were highly detailed with elaborate imagery, as well as the name of the bank producing the note. Today these notes are interesting examples of how people of the time felt about the United States and its place within a larger global context. It is evident that those people designing notes for the Phenix Bank thought the United States was an emerging world power, rising from the ashes of the American Revolution like the mighty phoenix.

The National Numismatic Collection is rich in material culture featuring these elusive beasts. To those researchers who dare to seek out the unknown, many more fantastic beasts await them behind the turning wheel of the vault door.

Hillery York is the collections manager for the National Numismatic Collection and a seeker of fantastic beasts. 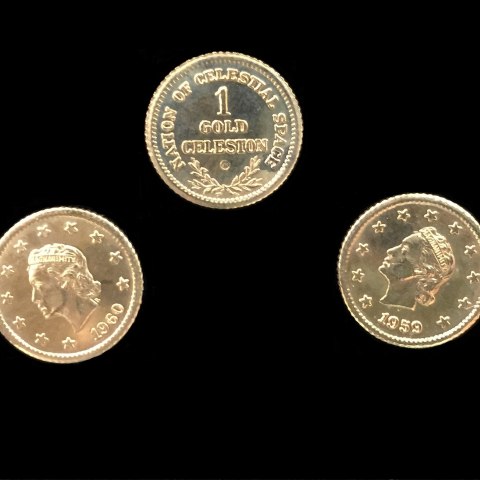