The 1960s are known as a tumultuous decade of activism, populated by larger-than-life figures such as Dr. Martin Luther King Jr. and Bobby Kennedy. Beneath the familiar history are equally interesting people whose lives connected them to civil rights through their personal relationships. As the museum opens a display on the 1965 Immigration Act, also known as the Hart-Celler Act, let us look into one of these overlooked intersections of people and ideas. 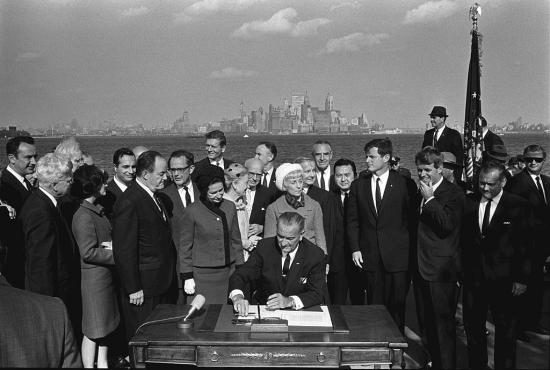 The Hart-Celler Act, co-sponsored by Senator Philip Hart and Representative Emanuel Celler, restructured American immigration policy. Instead of focusing on national origin quotas, the law focused on family reunification, professional skills, and civil rights for immigrants. Senator Hart, a liberal Democrat, was an immensely respected figure in American politics. As he fought for the rights of individuals through political channels, his wife, Jane Briggs Hart, took a more radical route.

As the wife of a politician in the mid-20th century, Hart was urged to lead a conservative life as a doting wife and mother. Though she loved her family, she actively pursued her own political beliefs and athletic adventures. Janey, as she was affectionately called, continuously rebelled against the traditional expectations for a young woman. As a teenager, she became the first woman in the state of Michigan to obtain her pilot's license. During her husband's political campaigns, she would fly him to and from events, inciting a buzz about the couple from the start. (This photograph of Hart with a helicopter is in the collection of Texas Woman's University.)

Hart was also selected to take part in a rigorous NASA training program known as the First Lady Astronaut Trainees program (FLAT). She eventually earned a spot with the Mercury 13, a group of 13 women who had qualified to become the first female astronauts. Although the program was terminated before any of the women made it to outer space, they paved the way for future female astronauts.

Though Hart raised a family of eight children, she held controversial opinions on reproductive rights, arguing that the Catholic Church (to which she belonged) should not restrict a woman's access to birth control. A supporter of the Equal Rights Amendment, she was also active in the League of Women Voters. Around the same time, as the Vietnam War intensified, Hart was arrested during a protest for peace at the Pentagon. Her desire to incite change in American society was keen and committed. 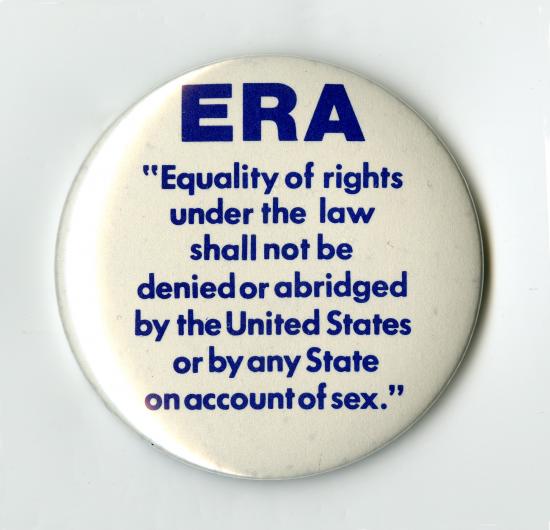 According to her 2015 obituary published in The New York Times, "Senator Hart, also a liberal, staunchly defended his wife when reporters came calling, even when the couple's views diverged." Her activism may have caused some controversy, but the couple had a partnership that fostered authenticity and respect. Senator Hart's actions were confined to the political arena, and though successful on many fronts, he had to concede his more liberal views to satisfy the rest of the governing body. For his wife, though, shocking people and provoking conversation were her means to an end. While they encouraged change in different ways, they no doubt influenced one another's views. Together, the Harts influenced this landmark piece of legislation that, in turn, changed American life.

According to the Michigan Women's Historical Center and Hall of Fame, "It is not surprising that Philip Hart once said of his wife: 'Color her vivid. There's nothing pastel about Janey.'"

Meghan Plate is a second-year American Studies master's candidate at the George Washington University. She is currently an intern in the Division of Medicine and Science.

Posted in From the Collections, Stories of Freedom & Justice, Women's History, First Ladies 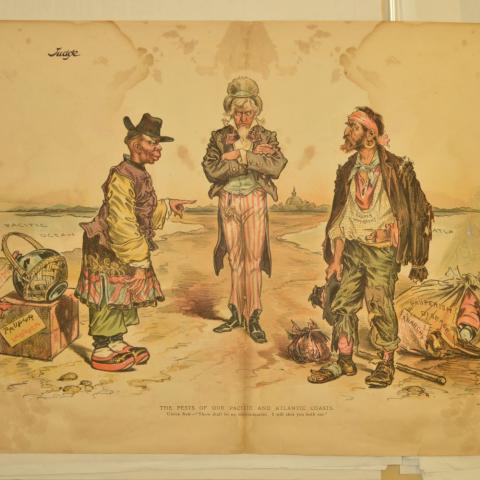