A General's coins and a Japanese restoration

As an intern in the National Numismatic Collection, Chelsea Hansen has been working with General Ulysses S. Grant's collection of Japanese coins that will be included in the upcoming exhibition, The Value of Money, opening July 2015.

In 1879 Ulysses S. Grant became the first former U.S. president to visit Japan. After the Civil War, his presidency, and a year-long world tour, Grant spent two and a half months touring the country. Grant visited Japan amidst the dramatic political, social, and economic changes known as the Meiji Restoration. Gone were centuries of Shogunate rule, when military generals acted as de facto rulers and political control often shifted. In its place, a consolidated political and social structure of Imperial rule under Emperor Meiji took form.

Grant's visit left him impressed with Japan and its leader, Emperor Meiji. The emperor's gift to Grant was also very impressive—a diverse collection of Japanese coins that reflect this moment of national transition. 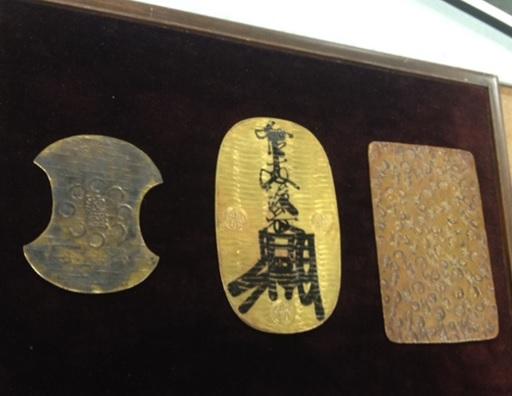 The story of Grant's coin collection began on June 21, 1879, as he sailed into Nagasaki Harbor on the U.S.S. Richmond. Japanese imperial officers had prepared for months for Grant's visit. As he was the first former U.S. president to tour Japan, his arrival was a big deal. Not only had Grant's Civil War heroism preceded him, but Japanese officials had been studying Western political structures for years as they remodeled their own country. They pulled out all the stops to impress him. Grant toured the growing cities of Yokohama, Nagasaki, Tokyo, and Nikko, planted trees at important shrines, viewed a parade in his honor, stayed at the finest hotels, and kept the most prestigious company. Therefore, it is not surprising that on August 1, 1879, Grant wrote to his Civil War staff member Lieutenant Colonel Adam Badeau, "My visit to Japan has been the most pleasant of all my travels. . . . My reception and entertainment has been the most extravagant I have ever known, or even read, of." 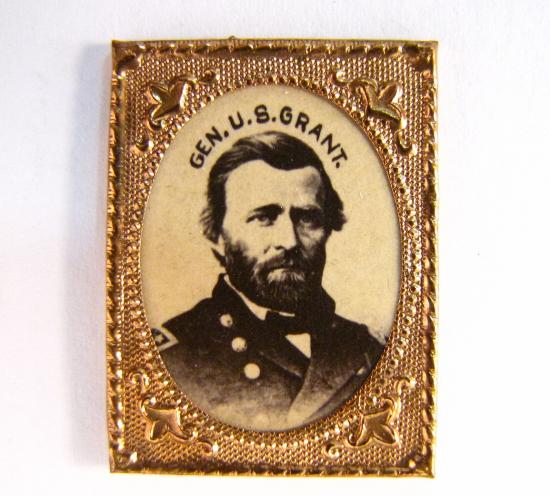 Emperor Meiji and Grant were first introduced on July 4, 1879. Japanese newspapers, pamphlets, and artwork about this meeting agreed that the emperor and general were very friendly. Grant even offered advice for Emperor Meiji, who was in the midst of a diplomatic struggle with China over the Ryukyu Islands. Drawing on his experiences during the Civil War, Grant strongly advised for peaceful reconciliation rather than armed conflict. Emperor Meiji was apparently very grateful for his insights.

When Grant returned to the United States on September 3, 1879, he promptly sent the emperor a gift, a prized stallion bred in his stables. In reciprocation, Emperor Meiji sent Grant a collection of 55 Japanese coins in 1881. After Grant's death his wife, Julia, donated many of her husband's belongings to the Smithsonian, including these coins. However, museum accession records from 1886 state that by the time the coins arrived in the Numismatics Department at what was then the National Museum of Arts and Technology, 30 coins were missing. While we may never discover what happened to the rest of the collection before it arrived, the part that the Smithsonian did receive still demonstrates the diversity and beauty of Tokugawa and Meiji era coins.

The collection, housed in the Smithsonian's National Numismatic Collection, reveals a lot about Japan's monetary history, particularly the dramatic shift from the Tokugawa era (1603–1868) to the Meiji era (1868–1912).

Before the Tokugawa era, Japan was unable to mine its own reserves of gold and silver. The country relied on Chinese metals and often used Chinese coins in monetary exchange. Thus, mining locally meant that Japan was able to develop its first distinctly local coins in both origin and shape. As a result, the Tokugawa coin system shows much more room for Japanese creativity. Coins often bore the names and designs from each province, community, or mine. I'll share a few examples from the collection. 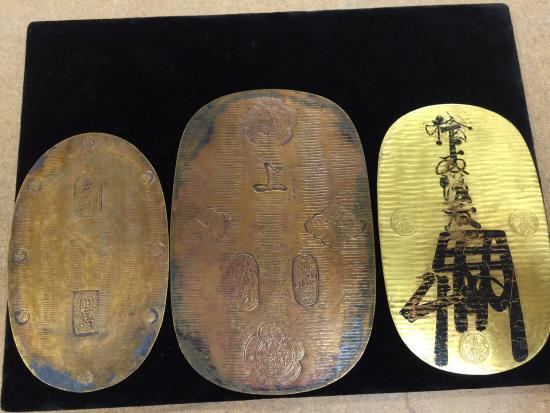 The largest denomination of the Tokugawa coin system is called an Oban, or "large plate," which when written in Japanese is "大判." The name is fitting, as this coin is essentially a large plate of Japanese gold. As one can imagine, these were worth quite a lot, and were often used to pay for luxury trade goods, such as silk from China. 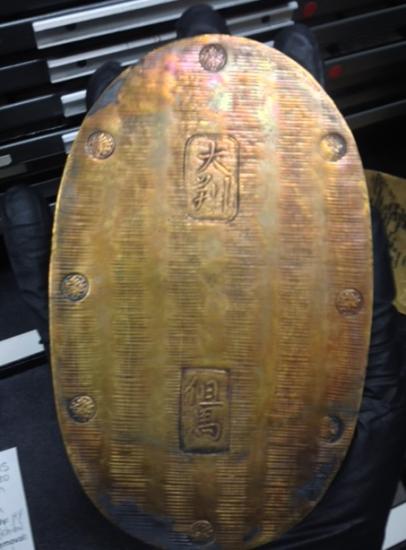 On the Oban pictured above, there are kanji, or Japanese characters, that explain the origins of the coin. For instance, the kanji at the bottom of this coin references where the coin was minted. It reads "但馬" or "Tajima," for the old Tajima province in what is today the northern Hyogo Prefecture. Many Oban have references to the provinces in which they were made, specific mines where the gold came from, or a family name associated with the mine. Quite a few are signed in ink by the makers, like the Oban. 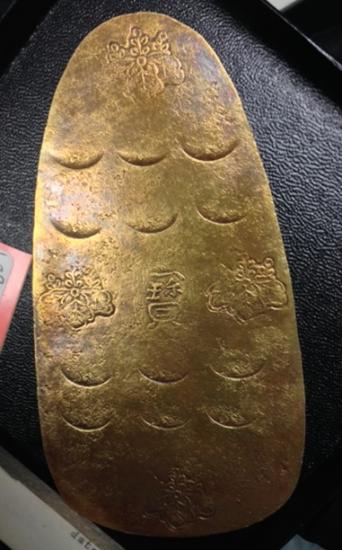 The Grant collection also has Tokugawa era coins that were made for commemorative, military, or ceremonial use. Unlike the Oban, these coins were never part of a standardized system. One example is a coin titled Ushishita, or "Ox Tongue." This, as one can imagine, is in reference to its shape. The archaic kanji that is visible on the front of the object means "treasure." My research suggests that this coin may have been made in Noto Province in 1573, in honor of Uesugi Kenshin, one of the most powerful lords of the Sengoku Period (1467–1573). However, if this is true, I still have many questions about this object. For example, why was it made in the shape of an ox tongue? Who was commemorating Uesugi Kenshin, and why? This coin is still a mystery, much like the other very rare coins in the Grant collection.

When the Tokugawa era ended and the Meiji Restoration began, Japanese coins became standardized. These new coins were very different from those of the Tokugawa era. They were smaller, round, and identical. These changes reflected a more politically, socially, and economically unified Japan. 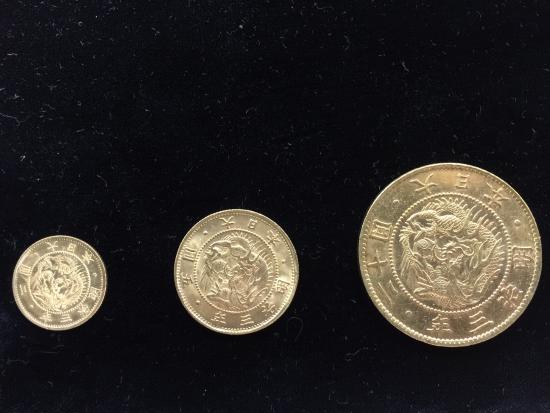 Kanji on these coins read "大日本," or "Greater Japan." For the first time in Japanese history, coin origins were from a Greater Japan, rather than a province, community, or specific family. As the Meiji Restoration consolidated the political and social structures of Japan, Meiji coins reflected the vision the Imperial government had for a more unified, modernized nation. In 1881 Japan was well on its way towards reaching that goal. Perhaps this was the message Emperor Meiji wanted to send to Grant when he gifted the former U.S. president this collection of Tokugawa and Meiji era coins. At least, that is the message I see as I study the coins 134 years later.

Chelsea Hansen is an intern in the National Numismatic Collection and a Public History Masters student at American University. 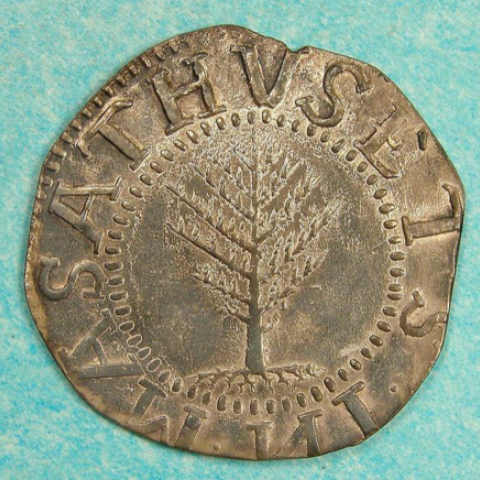 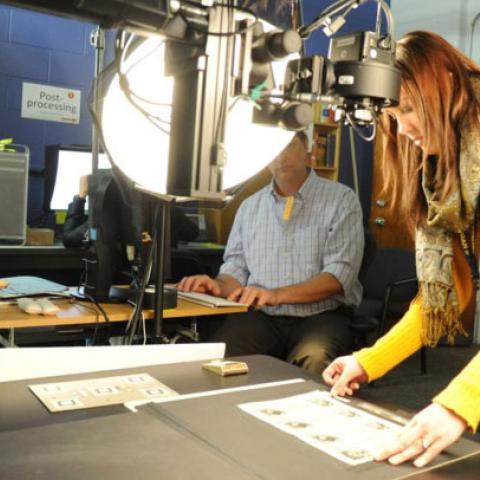 Get money! (Digitized and transcribed, that is)
Have you ever seen a box full of money—well, not exactly, money, but certified plate proofs? What about stacks of boxes? Stacks on stacks?...

General Grant’s sword takes the cake
As a member of the Military History Collections Project team, I research the official collection records of the museum for...