There we were, two curators sifting centuries-old barrels of mud through a screen, when something surprising rolled out of the muck: a skull.

It’s not the everyday task of curators at the National Museum of American History, but these three barrels of mud and pieces of broken wood were scraped from the bottom of the Gunboat Philadelphia when it came to the museum in the 1960s. Fifty years later, we’re discovering secrets in the muck that will help us preserve a centuries-old warship for future generations.

After the ship sank on October 11, 1776, when the Americans met the British in the Battle of Valcour Island, Philadelphia’s wreck lay 60 feet underwater on Lake Champlain’s cold, muddy bottom for 159 years. World War I veteran Lorenzo Hagglund recovered the ship in 1935. He had been stationed on the lake during the Great War and learned then of the Battle of Valcour Island. He located the wreck with the mainmast still in place. When his team raised the boat, it was still loaded with hundreds of artifacts.

The barrels of mud collected from the bottom of the ship were sent offsite after the museum’s opening in 1964, crated, and set aside for decades. In 2018, fellow curator Jennifer Jones and I screened the barrels’ contents for any artifacts that might have been missed earlier.

That’s where we found the skulls of three stowaways—not human skulls, but those of a rat and two mice, which may date to the colonial or modern period.

We spent two days screening the hard mud and clay lumps from the boat bottom. Colonial artifacts embedded in the hard lakebed clay included forged nails and spikes, oakum used to stuff the cracks between hull planks and tar to waterproof it, musket balls, and gunflints. We also found lots of nuts (probably carried aboard by animals seeking shelter after the 1935 recovery) and modern items including screws and nails.

We examined a barrel of mostly leftover fragments of wood that had fallen off while the boat was in Lake Champlain or being transported to Washington, D.C. This wood will help us better understand and preserve the gunboat. For example, some of the wood had a cupped or checked surface, almost like dried tree bark. Analysis revealed that an application of liquid nylon in the early 1960s had caused the surface to shrink, and recent research indicates that the nylon may not be easily removable.

Small pieces on the wood’s surface are lifting, and it is not yet clear whether these are causing further surface problems, or if removal would expose newer wood surface to deterioration. So, we don’t know yet if we should remove them or leave them where they are. We can use these pieces from unknown locations on the gunboat’s hull to experiment with removal or neutralization of the nylon.

The timing of this work perfectly aligns with the lead up to the 250th anniversary of the American Revolution in 2026, and the Philadelphia’s important role.

In July 1776, the Continental Congress authorized building a fleet of vessels for the defense of the Champlain Valley—the northern frontier of the colonies. The valley was considered the key to the success or failure of the fledgling American Revolution. The ships were built under the command of Brigadier General Benedict Arnold. In just two short months in what is now Whitehall, New York, Arnold and his men built eight 54-foot gunboats and four 72-foot rowing galleys. Among those ships was the Philadelphia, which has been on display since the museum opened in 1964. Today it is one of the largest objects in the museum, and it has been designated a National Historic Landmark and is listed on the National Register of Historic Places.

We recently kicked off a multiyear project to ensure the long-term preservation of the Philadelphia. Initial planning calls for the completion of the conservation work and a new display for the ship to coincide with the nation’s commemoration of the 250th anniversary of the Declaration of Independence in 2026. The new, small discoveries revealed in buckets of mud can help us tell a big story about the Gunboat Philadelphia and the Revolutionary War.

The Museum thanks its board, board alumni and other generous donors for their support of the conservation of the gunboat Philadelphia. 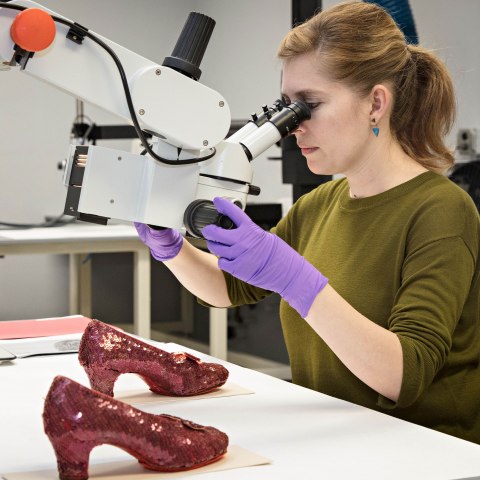 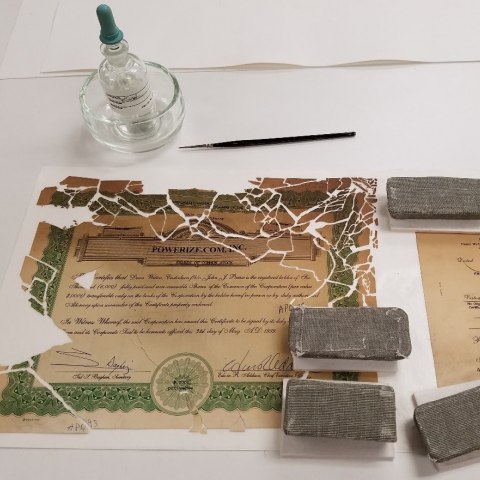 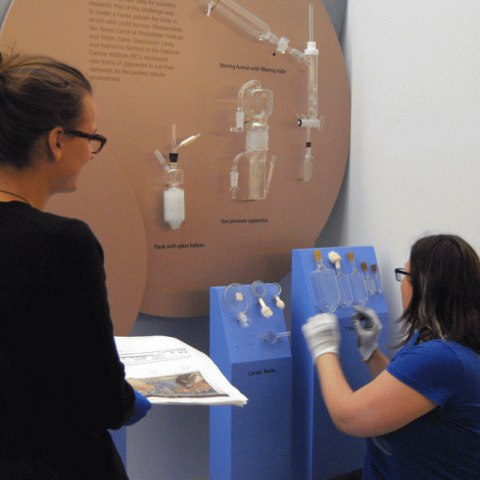