"When witches go riding,
and black cats are seen,
the moon laughs and whispers,
'tis near Halloween."
- Author Unknown

From the decorations in our homes to the sweets we make (or buy), Halloween is a holiday filled with tricks and treats, fun and, sometimes, a little fright. We've embraced All Hallow's Eve as a night to dress up and join with fiends... I mean friends, to celebrate things that go bump in the night. Here at the museum, we have a wonderful collection of objects used at Halloween. See if you recognize any of these pieces from years past. 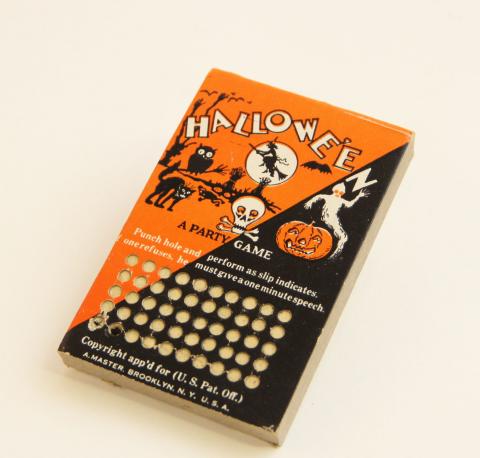 The A. Master company made a variety of novelty games from around 1927 through the 1940s including this small, hand-held punch game for Halloween. 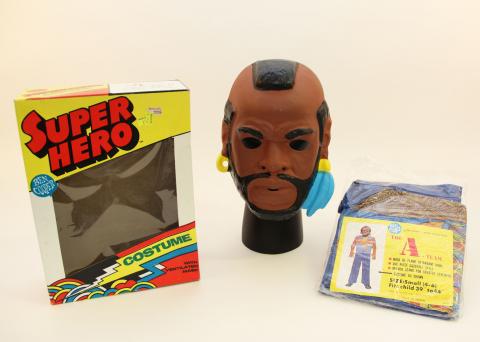 Ben Cooper, Inc. was one of the largest manufacturers of costumes in the United States for over 50 years. Founded in Brooklyn, New York, in 1937, the company specialized in Halloween costumes, which were sold through large retailers like Woolworth's. Ben Cooper, Inc. often licensed popular movie and television characters like this one, B.A. Baracus, played by Mr. T, from the 1980s television show, "The A-Team." 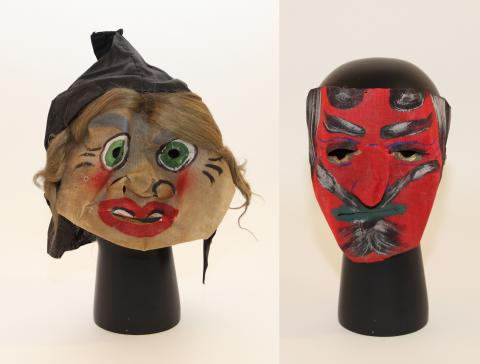 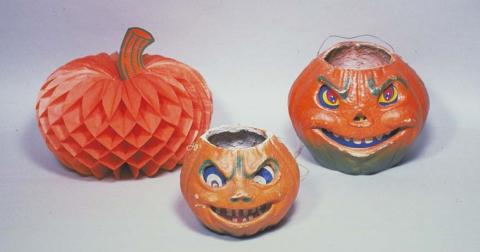 This pair of creepy jack-o'-lanterns with pierced eyes, noses, and mouths are made of paper-mache. Electric lights or candles could be inserted through the large opening at the top. Brightly colored facial features are printed on paper inserts inside the lanterns. These menacing faces would cast an eerie glow when lit from the interior. 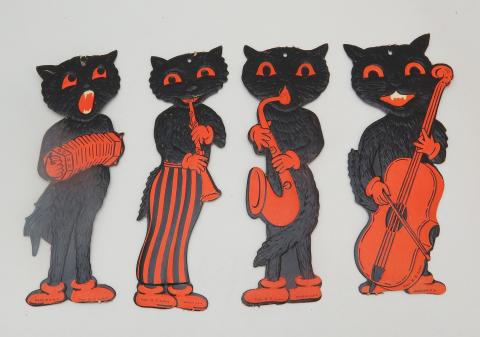 This quartet of "swinging" black cats would have been a fun decoration for a Halloween party in the 1930s. They were created by graphic designer Henry E. Luhrs and manufactured by Beistle Company, a producer of holiday novelties. 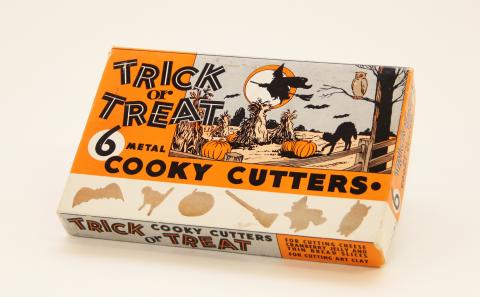 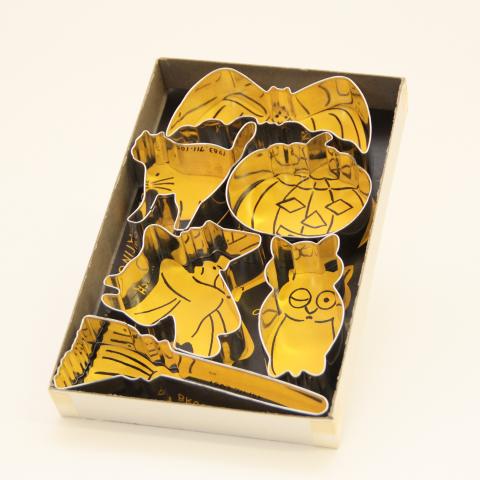 Six spooky cookie cutters (bat, cat, jack-o'-lantern, witch, owl, and broom) still reside in their original box along with an insert showing decorating ideas. The box also offers creative ideas for using the cookie cutters to shape other types of food and even art clay. August Thomsen founded ATECO (August Thomsen Corporation) in 1905. The firm has manufactured specialty baking supplies for over a century.

Leslie A. Wilson is a Museum Specialist in the Division of Home and Community Life at the National Museum of American History. She is a graduate of the Smithsonian Institution-George Mason University Master of Arts program in the History of Decorative Arts. 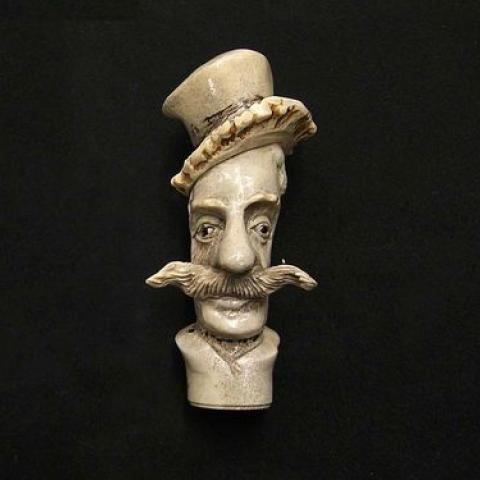 We mustache you a question: Who has your favorite historic facial hair?
November is all about facial hair here at the Smithsonian, so we're highlighting a few hairy collection objects to celebrate... 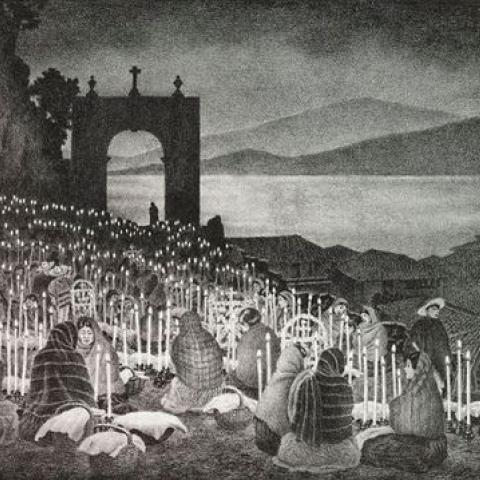 Day of the Dead at the Smithsonian: It's not Halloween
The smell of marigolds, the bright pink of fluffy tulle, and moments of quiet reflection. Curator Margaret Salazar-Porzio explores the Day...