Hollywood went to war in 1941—and it wasn't easy

May 8 is the anniversary of V-E Day, the day that Germany unconditionally surrendered in 1945 to end World War II in Europe. Young American soldiers, sailors, and airmen came of age during the war, and so did Hollywood. The role played by the movie industry will be part of a new exhibition scheduled to open in 2018 that will showcase the nation's cultural history.

When the United States went to war in December 1941, so did Hollywood. President Franklin D. Roosevelt, General Dwight D. Eisenhower, studio executives, filmmakers, actors, and directors knew that movies were essential for boosting the morale of troops overseas and Americans at home. The Roosevelt administration asked Hollywood to ask itself, "Will this picture help win the war?"

It took time for the U.S. military to build up its forces to go on the offensive, and the same was true of the movie industry. It wasn’t so easy to integrate a privately owned industry in a democracy with government regulators and censors. But just as the U.S. military went from early defeats to soaring victories, the movie industry came through—sometimes in vivid technicolor.

The Second World War and the role played by Hollywood will have a place in the new exhibition, where visitors will see how sports, music, and entertainment reflected and shaped the American experience. 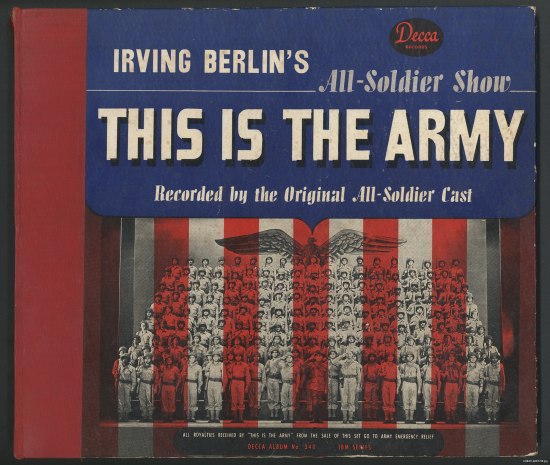 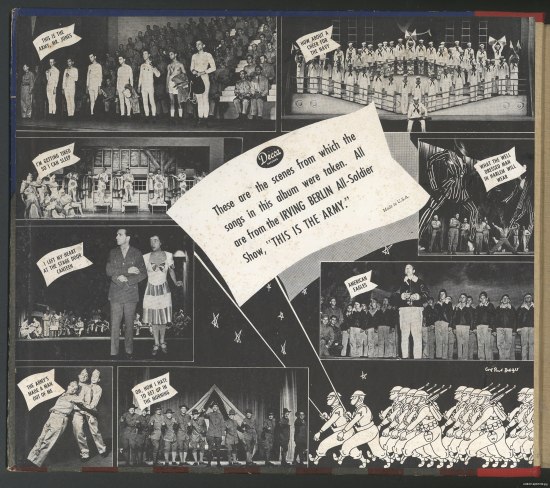 Exhibition curators have much to choose from. The museum's extensive World War II collection includes Irving Berlin's piano and the album from his all-soldier play, This Is the Army; a hat worn by a member of the nation's first racially integrated, all-women swing and jazz band; a comic book cover depicting a movie theater with silhouetted heads viewing Superman, Batman, and Robin saluting a flyby; and the Army-Navy football program of November 29, 1941, that included a photo of the U.S.S. Arizona, which was sunk a week later at Pearl Harbor. Curators are hoping to show visitors scenes from videos that helped shape the American experience during the war. 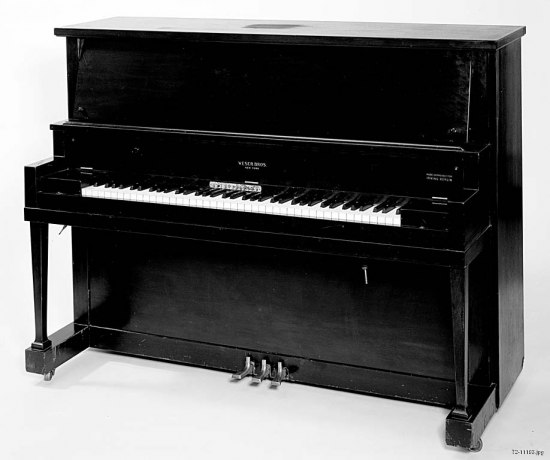 When the United States entered World War II, Hollywood "changed golden slippers for GI boots, make believe for reality," said a summary of the book Movie Lot to Beachhead, published by the editors of the now-defunct Look Magazine. Theater owners sponsored bond drives in their lobbies, offered free seats to purchasers of war bonds, and set out containers for scrap metal and rubber. Nowhere was the impact greater, however, than on the screen. Newsreels, military combat footage, informative short films, cartoons and full-length features all told the story of America at war.

Roosevelt called the movie theater a "necessary and beneficial part of the war effort," according to a March 1942 quote from the defunct Motion Picture Herald, repeated in the book Projections of War: Hollywood, American Culture, and World War II by Thomas Doherty.

Hollywood had serious questions to answer. How much of the most gruesome combat should be shown? How should Nazi leader Adolph Hitler and Japanese Prime Minister Hideki Tojo be portrayed? How much power should government censors have? Should films be used for propaganda?

Under the Production Code Administration, a voluntary self-regulation system of the movie industry, "combat was quite literally bloodless," according to Doherty's "Projections of War." "But gradually, incrementally, spurred on by Life (magazine) and newspaper wirephotos," newsreels and documentaries showed wounded GI's, fallen soldiers draped by blankets or canvas, and, in the later war years, servicemen shot dead on beachheads. 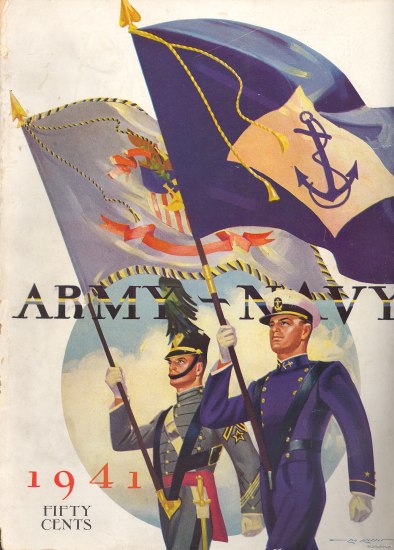 In Walt Disney's cartoon Der Fuehrer's Face (December 1942), Donald Duck asked audiences to sing "Heil" to Hitler's face. Some government officials, however, believed that the enemy should be portrayed as the militaristic system of the Axis powers. The theory was that if Hitler or Tojo died, Americans should not believe the war effort was done. Despite this government view, Doherty pointed out in his book, "Hollywood believed villains were more compelling to audiences."

The hardest-hitting anti-Axis films were the cartoons, because characters could be transformed into anything the filmmakers wanted. Japanese people could be transformed into squealing pigs, and Hitler was caricatured as a psychopath and a screeching neurotic—sometimes as an animal or vulture—said the book Doing Their Bit: Wartime American Animated Short Films 1939-1945, by Michael S. Shull and David E. Wilt. The greatest cartoon stars joined the war effort: Bugs Bunny, Tom and Jerry, Porky Pig, Daffy Duck, Donald Duck, Goofy, Pluto, Woody Woodpecker, and the superstar who punched out the bad guys, Popeye. 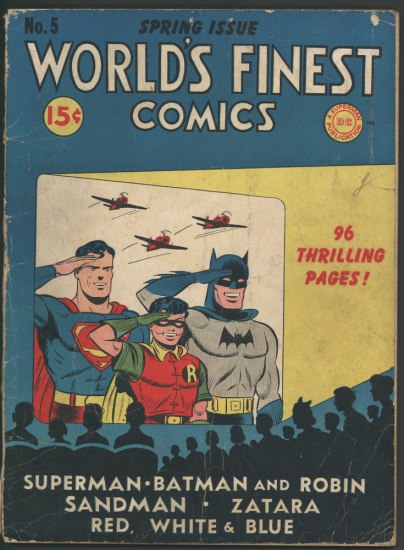 From the beginning of the U.S. entry in the war, the movie industry wanted to shape its films to help bring victory; it just didn't want the government to tell the studios how to do it. But any studio executive who thought he could avoid government direction was mistaken. In June 1942, the White House created the Office of War Information to build public support for the war—basically a propaganda effort. The government's existing Bureau of Motion Pictures came under the new agency. A separate Office of Censorship was created to oversee censorship of films, and there also were military censors.

There were furious debates between Hollywood and government agencies. There was internal warfare between the agencies. It all focused on how much control the government should exercise, according to a book by Clayton R. Koppes and Gregory D. Black: Hollywood Goes To War: How Politics, Profits and Propaganda Shaped World War II Movies. But by mid-1943, there was a truce. "Government and industry discovered they needed each other," the authors wrote. "From a mixture of patriotism and the profit motive, Hollywood became a compliant part of the American war machine." Once the industry realized "censorship would be smart showmanship, the industry was only too eager to cooperate."

Unlike German films glorifying Hitler and the Nazis, U.S. propaganda had to be subtle. Elmer Davis, the journalist who headed the Office of War Information, said, according to Hollywood Goes to War: "The easiest way to inject a propaganda idea into most people's minds is to let it go in through the medium of an entertainment picture when they do not realize that they are being propagandized." For example, crowd scenes might show women in uniform, teenagers would be participating in war activities, and businesses would display war posters.

To sum up how important movies were to Americans during the war, you only have to imagine peering into the theaters and seeing every seat filled. But perhaps Army Chief of Staff General George Marshall said it best, in a comment repeated in Projections of War. Marshall said the war had seen the development of two new weapons: the airplane and the motion picture.

Larry Margasak is a retired journalist and museum volunteer, who has written previous blogs about piano manufacturer William Steinway's diary and the museum's ambassador program to assist visitors.