At home and "Over There": Women in World War I object group

The Women in World War I object group was a long labor of love for my internship. Essentially an online exhibition, the object group showcases objects from this museum, as well as the rest of the Smithsonian, and is part of the Division of Armed Forces History's effort to incorporate women's military history within the larger field of military history. The group is also particularly appropriate because we are in the midst of the centennial of World War I—and will continue to be until 2018! 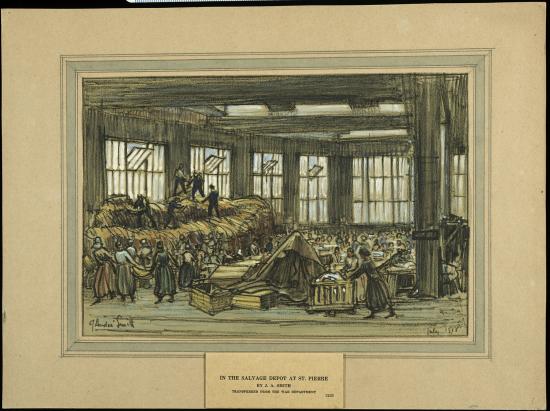 This project was a wonderful experience for me on many different levels. I was able to delve into a part of history in which I have a keen interest and bring to light many untold or forgotten stories. I had the pleasure of working with several museum staff members and divisions to complete the group. What I love most about this project is that the focus of women's military history is not restricted to what we might consider traditional military roles; instead, it showcases the breadth of women’s experiences during the war, whether they were on the home front or "over there," as a member of the military or a member of a civilian organization. 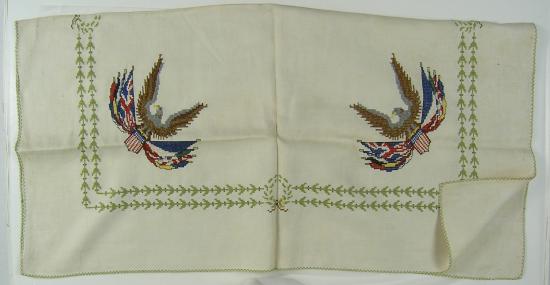 The group is split into 17 sections, the first eight showcasing groups of objects in the collections of this museum, and the latter nine suggesting and highlighting collections at other Smithsonian museums and archives. As a knitter and craft-lover, two of my favorite sections are the French Stitchery and the Belgian War Lace. The items themselves are amazing—exquisite laces and embroidered household objects, many bearing motifs of the different Allied countries participating in the war. What is more extraordinary about these items, though, and why I loved working with them, is that they were handmade by French and Belgian women, oftentimes under extenuating circumstances. The stitchery came from Lorraine, an area of France ravaged by war, where peasant women worked under impossible conditions to embroider the household items to be sold in America. The profits from these pieces would go back to the French women to support themselves, their families, and their communities. 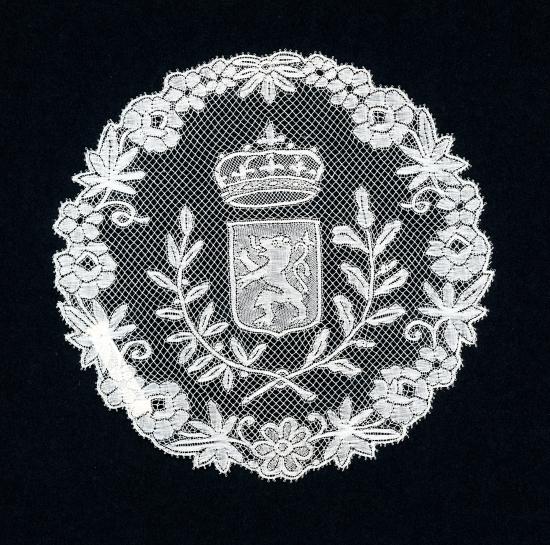 Like the stitchery, the laces in the Division of Home and Community Life were made by Belgian women, and the profits from selling these laces abroad went back to the women and their communities. The exportation of lace was part of a larger effort by the Committee for the Relief of Belgium, chaired by Herbert Hoover, to bring food and other necessary supplies to the Belgian people. Among the supplies imported was thread for making the war laces. 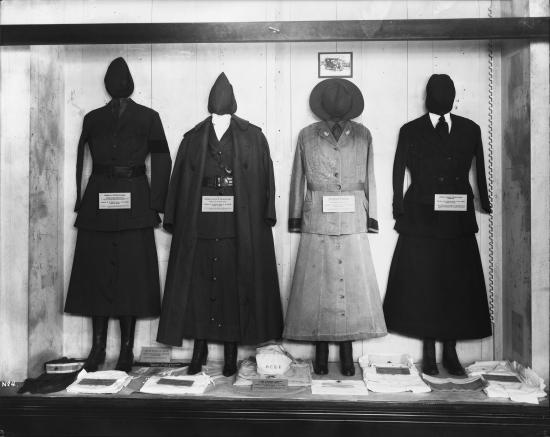 On the other side of the Atlantic, American women were doing everything in their power to support the soldiers and people overseas. For some, this support meant joining an auxiliary to the U.S. armed forces, such as the Navy's Yeomen (F), or a voluntary organization. The Women's Uniforms section of the object group highlights these uniforms in a unique way while we are in the process of digitizing color slides of them; it presents a slideshow of black and white photographs taken of the uniforms while they were on display in the 1920s. The best part about getting to put this section together was going back into collections storage with my supervisor and seeing the uniforms up close and in color. Getting to see the uniforms was an indescribable feeling, and it also gave us the chance to discuss the important roles that uniforms played in shaping women's future identities and rights. 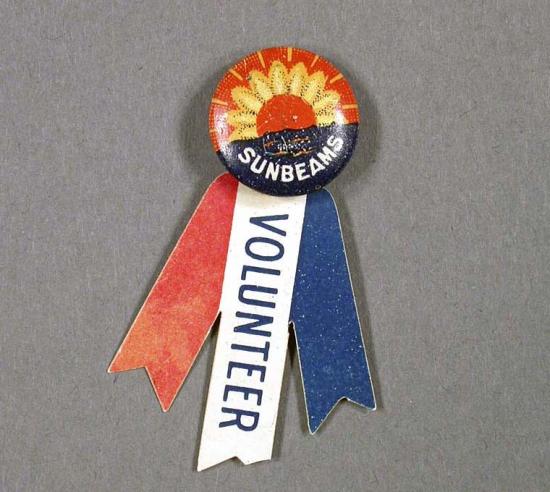 Aside from uniforms, pins and buttons also signified women's participation in voluntary organizations and their efforts on the home front. The Pins & Buttons section was especially fun and engaging to work on with the Division of Medicine and Science because the objects come from so many different organizations and war efforts. I spent a lot of enjoyable time researching each one and putting together brief histories. My favorite button is one that began as a bit of a mystery, as I'd never heard of "Sunbeams" before. It shows that even young girls volunteered what they could to help the war effort—Sunbeams were the very young (ages 6 to 11) female members of the Salvation Army, an extremely active organization during World War I.

As wonderful as it was for me to work on this project, I am happy that it is now online so that people can see these great pieces of women's history. Some of the sections in the object group, such as the War Posters and Women's Uniforms ones, will continue to be updated and filled with more objects as they are photographed and approved to go online. We are also adding two more sections to the group later in the fall, including additional war-inspired textiles, so please explore the diverse, rich history of women's military involvement through this object group and check back frequently for updates!

Former National Museum of American History intern Leah Tams works for an archive in Washington, D.C. The James Lollar Hagan internship was generously created with the support of Bette and Lindsey Hagan. Visit our internship website to learn more about this opportunity.