"Honor Et Fidelitas:" The awarding of a Congressional Gold Medal to the "Borinqueneers"

As the rain clouds began to blow out to sea over the fortress of Castillo San Felipe del Morro, I looked out over the crowd of veterans and their families, knowing that not even rain could ruin this day for them. On April 27, 2016, a team of Smithsonian staff traveled to Puerto Rico with the most recently issued Congressional Gold Medal, which was presented to the U.S. Army 65th Infantry Regiment, nicknamed "The Borinqueneers." According to the Senate's website, the medal was given in recognition of the regiment's "pioneering military service, devotion to duty, and many acts of valor in the face of adversity." The Congressional Gold Medal is the "highest expression of national appreciation for distinguished achievements and contributions by individuals or institutions," according to the site. 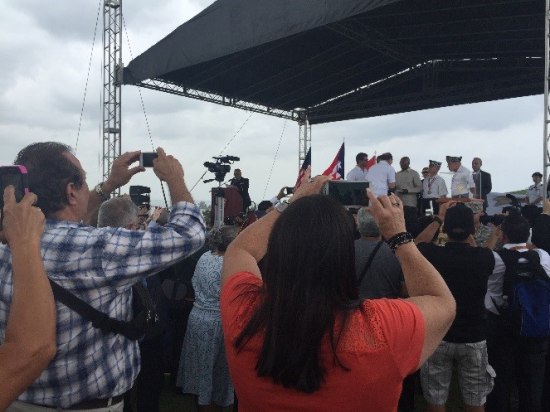 The first Congressional Medals were issued by the Continental Congress and struck in Paris during the American Revolution to "serve as an expression of national appreciation," according to the Congressional Research Service. Long before the power of the Internet, medals were small, portable objects on which images and messages could be struck and disseminated around the country and around the world. The medals were used to commemorate "distinguished contributions, dramatize the virtues of patriotism, and perpetuate the remembrance of great events." It should come as no surprise that the first recipient of the Congressional Gold Medal was General George Washington, the commander of the Continental Army. Washington received the medal for "wise and spirited conduct" in the Siege of Boston in June 1775. 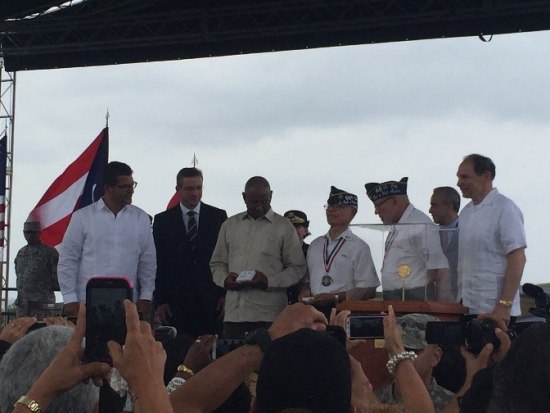 The 65th Infantry Regiment is the recipient of the most recent medal in honor of its valor, determination, and bravery during the Korean War. The 65th is the first segregated Hispanic military unit in the history of the United States. The 65th Infantry Regiment garnered the nickname "The Borinqueneers" originating from the Taíno name of the island of Puerto Rico (Borinquen). Puerto Rico became a U.S. territory in 1898 and in 1917, Puerto Ricans were granted statutory citizenship. The 65th Infantry Regiment participated in World War I, World War II, and the Korean War. Interestingly, the first shots fired from the United States, signaling its involvement in World War I, were shot from the fort of "El Morro" San Juan, Puerto Rico at a German ship that sailed into in San Juan Bay on March 21, 1915. Since that time, over 100,000 Borinqueneers have served as American war veterans and "The Borinqueneers" hold another distinction as the first military unit with service during the Korean War to receive this award. 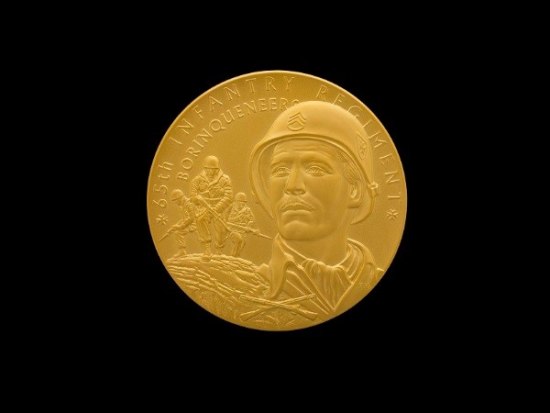 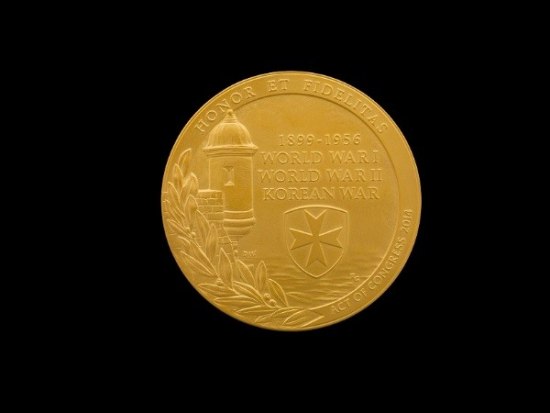 Since the American Revolution, Congressional Gold Medals have been awarded for more than just military service and valor. Recipients of these medals include humanitarians, explorers, actors, and even foreign recipients such as the 14th Dalai Lama, Tenzin Gyatso. Prestigious recipients of this medal include actor John Wayne, Walt Disney, boxer Joe Louis, Native American Code Talkers, and civil rights activist Rosa Parks. One of my favorites is the Japanese American Nisei Congressional Gold Medal, which is part of the museum's collection.

To date, over 300 Congressional Gold Medals have been awarded. My congratulations to the Borinqueneers, whose patriotism inspires so many of us.

Hillery York is a collections manager for the National Numismatic Collection.