What do you do after recovering sound from 130-year old recordings? For the museum, the next step was trying to understand that sound. In the exhibition "Hear My Voice": Alexander Graham Bell and the Origins of Recorded Sound," experimental historic sound recordings made by Bell and his Volta Laboratory team in the 1880s are matched with transcripts of the speakers' words. Matching the sound with the written word took a lot of work. Patrick Feaster, three-time Grammy nominee and specialist in history, culture, and preservation of early sound, helped with that effort. In an interview, Feaster discussed his involvement in the project, the process of rediscovering the content of historic sound recordings, and one of the New Media department's favorite phrases from the recordings.

What was your role in the Bell recordings project?

For a long time, I've been studying early sound recordings in the way that some people study early cinema. With this interest, I approached museum curator Carlene Stephens, and got a better understanding of the Bell recordings and the challenges of understanding them. I put in an application for a Lemelson Center Fellowship to study the recordings, and go through written materials about the experiments—some are at the museum and some are at the Library of Congress—and try to pull them together into a better picture of what Bell and his team were doing and how the recordings fit into it. 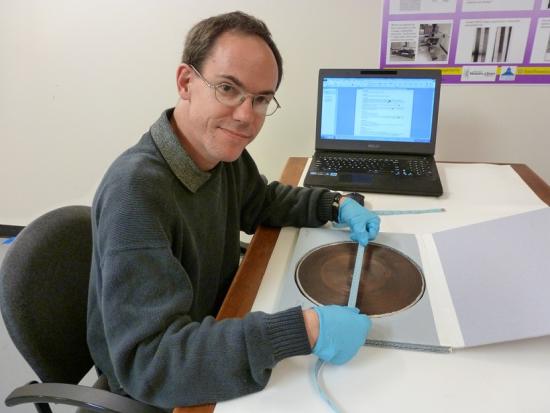 What can you tell me about the experience of deciphering early sound recordings?

I think a lot of people assume sound recording should be easy to understand. We're used to old writings being difficult to decipher and old artworks taking some work to figure out, but sound recordings that don't make sense tend to throw people. I've done a good bit of listening to early sound recordings and I've developed something of an ear for it. It’s certainly nothing magical; it's having a sense of what certain phonographic processes do to different speech sounds. A lot of it is understanding the culture and context well enough to know the range of possibilities: what things are people most likely to have said? 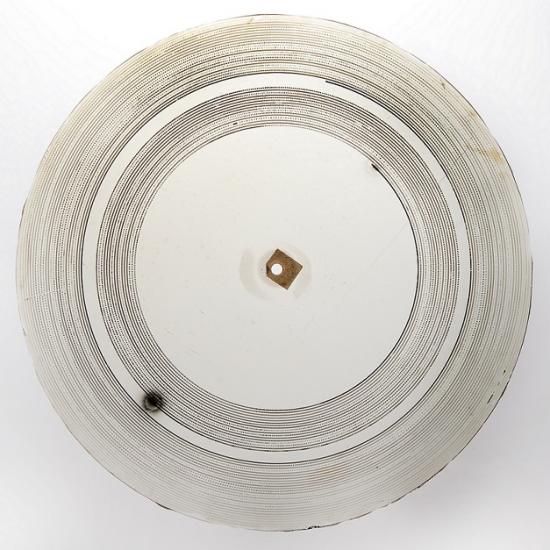 How do you research phrases you hear that were more common in spoken language than in written language?

When I listen, I try to pick out names of people or short phrases of recitations, just to lock onto four or five distinctive words in a row that I'm pretty sure about. I then search for that string of words online. Often I find digitized texts that contained those words. I see what words are before them, what words are after them, and hopefully that fits a part of the recording that I hadn't been able to figure out. When all of that falls into place, it's incredibly gratifying, like finding the final piece in a jigsaw puzzle. 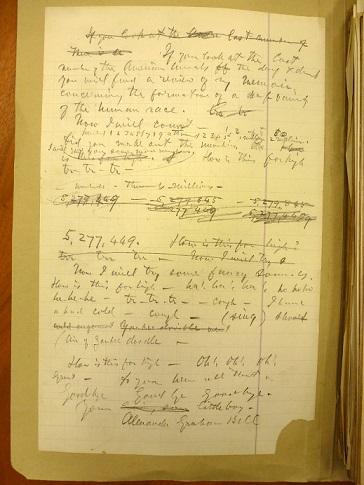 Can you explain the phrase "How is that for high?" from the recordings?

Going through written Volta materials, I got a sense for the kinds of test phrases they liked to use. "How is that (or this, both occur) for high?" was one. I'd say it's something along the lines of "How do you like them apples?," "Well what do you think of that?," or "Amazing, isn't it?" It’s a little hard to find an equivalent, but it's a slightly boastful, slightly playful, remark of something being very clever, interesting, astonishing, or marvelous. I don't know that anyone from the period defined it clearly or unambiguously. It would be like trying to define Homer Simpson's "D'oh!" "How's that for high?" turns up all over the place in popular songs, newspaper stories, and apparently, it occurred to the folks who were making these recordings. Why they used it is an interesting question. Generally you might use it in a way such as, "Hey I just found a $50 bill on the sidewalk! How's that for high?" But in this case, it just pops up in the middle of the recording, among other phrases. So I guess just the fact that the words could be reproduced at all is one of these things you might want to say that about.

Deciphering the words and phrases in 130-year old sound recordings? How’s that for high?

Julia Falkowski is an intern in the New Media Department of the National Museum of American History. She has also blogged about hearing historic voices on fragile recordings and yo-yos. 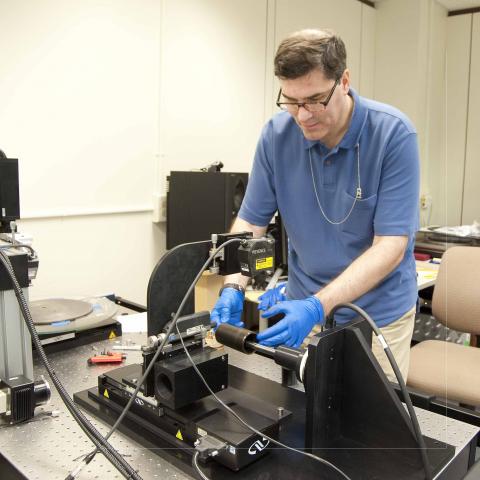 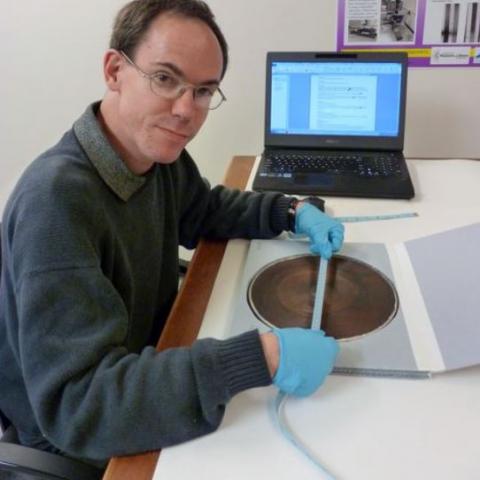