Imagine a dark and stormy night. A headless horseman chases a frantic school teacher through the woods. What do you picture? Is it something like this?

Washington Irving’s “The Legend of Sleepy Hollow” tells of Ichabod Crane, a school teacher who comes to Tarrytown, New York, otherwise known as Sleepy Hollow. As he competes with Brom Bones to win the heart of the beautiful Katrina Van Tassel, he ultimately finds himself being chased by the village’s feared legend, the Headless Horsemen. The story ends with the townsfolk finding a smashed pumpkin in the spot where Ichabod disappeared, never to be seen again.

Irving’s playful writing, combined with the story’s whimsical nature, made for a particularly popular tale. He included the legend as part of The Sketch Book of Geoffrey Crayon, Gent., published serially from 1819–1820. Irving was one of the first American authors to earn a living exclusively from their written work and one of the earliest Americans to receive international literary fame (helped by his living in England at the time of publication).

Felix O. C. Darley’s illustrations of “The Legend of Sleepy Hollow” were the first illustrations of the classic tale and have helped to inform our imagination for over 150 years. Darley created these illustrations in 1849, when the story was published on its own for the first time. He was one of America’s most popular book illustrators in the mid-1800s, creating art for publications like Harper’s Weekly and for authors like Charles Dickens, Nathaniel Hawthorne, Edgar Allan Poe, James Fenimore Cooper, and Harriet Beecher Stowe.

The American Art Union (AAU) commissioned Darley's illustrations of "The Legend of Sleepy Hollow." The AAU aimed to expose Americans to art in its galleries and by sending members publications like “The Legend of Sleepy Hollow,” illustrated by Darley. In 1851 the AAU described Darley as deftly “combining a recognizably sophisticated American point of view with an exceptionally sophisticated style of drawing.”

Today the mention of the Headless Horseman often recalls the classic 1949 Disney cartoon adaptation of the story, and Disney’s Ichabod bears a distinct resemblance to Darley’s. In both interpretations the schoolteacher has a tall, thin frame and similar facial features, with large ears and a long nose. Can you find similarities between your favorite version of “The Legend of Sleepy Hollow” and Darley’s illustrations?

Liesl Greider is currently an intern with Curator Debbie Schaefer-Jacobs in the Division of Cultural and Community Life. She assists with cataloging and photographing objects in the Dr. Richard Lodish American School Collection. Liesl is a student studying History and French at Roanoke College. She wishes you an entertaining autumn season, free of chases from any spine-chilling headless horsemen. The author also wishes to thank Anne Evenhaugen of the Smithsonian Art Libraries for her assistance with research into the American Art Union. 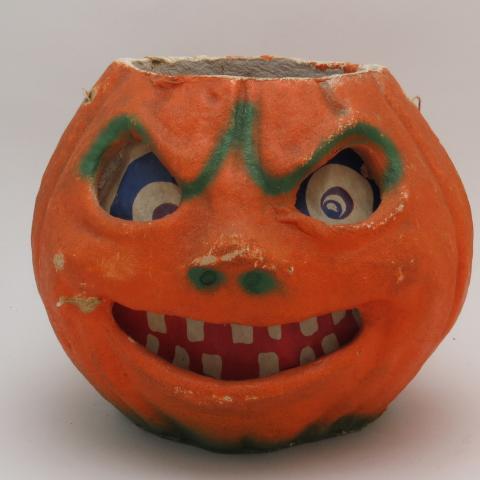