I wanted much to go to war
and went to be examined;
the surgeon looked me o'er and o'er
my back and chest he hammered.
Said he, "You're not the man for me,
Your lungs are much affected,
And likewise both your eyes are cock'd
And otherwise defected."
"So now I’m with the invalids,
and cannot go and fight sir,
The doctor told me so, you know,
And so it must be right, sir!"

Despite being jeered by songs like the one above (which appears in The Civil War Letters of Colonel Charles F. Johnson: Invalid Corps edited by Fred Pelka) and nicknamed "the Condemned Yanks" and "the Cripple Brigade," the Union Army's Invalid Corps eventually grew to twice the size the U.S. Army had been prior to the Civil War. In desperate need to free up fighting men for the front lines, the Union established the Invalid Corps in April of 1863. 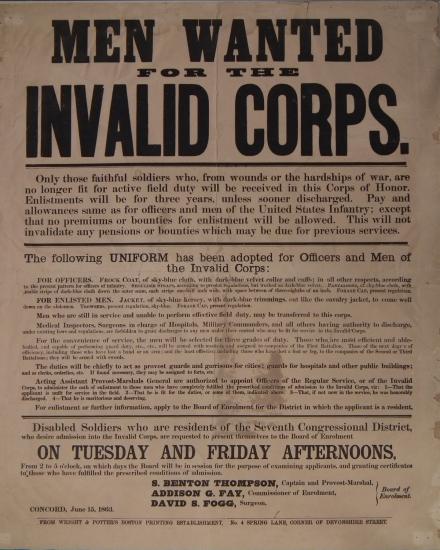 The U.S. National Library of Medicine's online exhibition, Life and Limb: The Toll of the American Civil War, states that the Corps filled its ranks with soldiers who had sustained combat wounds in the line of duty and was divided into two battalions based on physical ability. Men with less severe physical disabilities were assigned to the First Battalion. The First Battalion preformed garrison duty and even engaged in combat, whereas men who were more severely disabled were assigned to the Second Battalion. Soldiers serving in the Second Battalion were given duties as nurses, cooks, and clerks. Upwards of 1,400 men rejoined the war effort by joining the Corps even after they had been honorably discharged for their injuries.

Despite its formation as a "corps of Honor," the Invalid Corp was confronted with humiliation on a daily basis. The sky-blue uniforms of the Corps defined them apart from the regular army. As stated in Union Soldiers and the Northern Home Front, edited by Paul A. Cimbala and Randall M. Miller, the Corps' association with convalescent camps and hospitals was also problematic as many in the regular army viewed those locations as "asylums for shirks and cowards." But above all, the name Invalid Corps evoked shame and stigma.

The military used the initials I.C., meaning "inspected, condemned," to stamp items considered damaged and substandard. Soldiers serving in the Invalid Corps pushed back against the association between the military shorthand of I.C. and the name of their Corps. Their objections lead the Adjunct General's Office to ultimately change the Invalid Corp's official title to The Veteran Reserve Corps in 1864 and to command the purchase of regulation dark blue uniforms. By the end of the war, the Corps boasted 1,000 officers in command of over 60,000 enlisted men. Despite an outpouring of public support, the War Department officially disbanded the Corps in March of 1869. 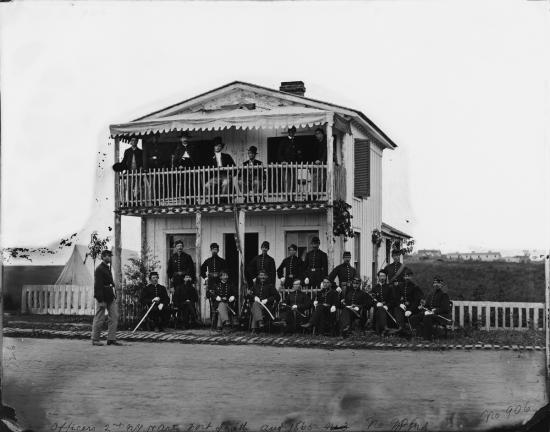 By the conclusion of World War I, the federal government re-adopted the idea of putting disabled soldiers back to work although none returned to war. As stated on the American Association of People with Disabilities webpage, "After World War I, several laws were enacted recognizing for the first time the country's obligation to individuals injured in service." Both the Smith-Hughes Act and the Smith-Sears Veterans Rehabilitation Acts promoted the vocational rehabilitation of injured veterans. In the 20th century, disabled peoples were seen as broken and in need of fixing. Progressive Era federal policy makers believed that work rehabilitation would "cure" disability by reconstructing war cripples. 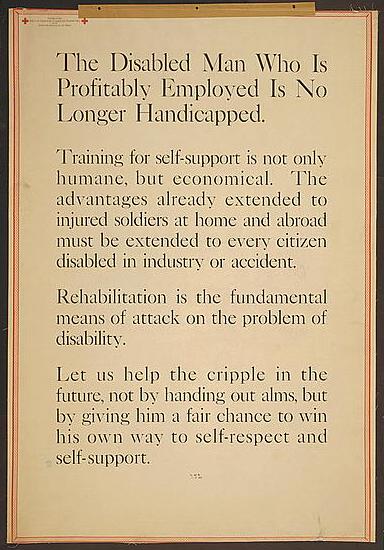 Today, developments in prosthetics have allowed the tradition of wounded men returning to war to resume. According to U.S. News and World Report, the Army has returned upwards of 167 soldiers with major amputations to the wars in Afghanistan and Iraq on active duty.

Of this number, some have gone back to the front lines while others have support roles. A study conducted by the American Academy of Orthopedic Surgeons has shown that soldiers from combat units have a greater return rate than those in non-combat units. Soldiers with disabilities wishing to return to the battle must petition for active duty assignment and pass examination by the Physical Evaluation Board. Of 395 amputees who went before the Board between 2000 and 2006, 16.5% returned to active duty, which is a 14.2% increase since the 1980s. Throughout the ages military men have continued to don their uniforms and return to the battle despite physical disabilities. Developments in prosthetics and rehabilitation have made this reality more apparent than ever as an increasing number of America’s wounded warriors soldier on.

Kayla M. Pittman is a graduate student in the History Department at the University of Massachusetts Amherst. 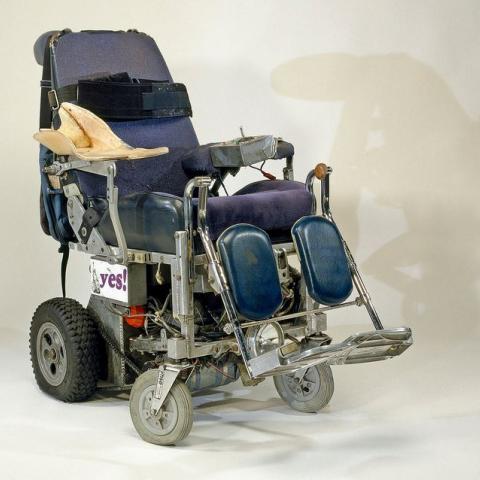 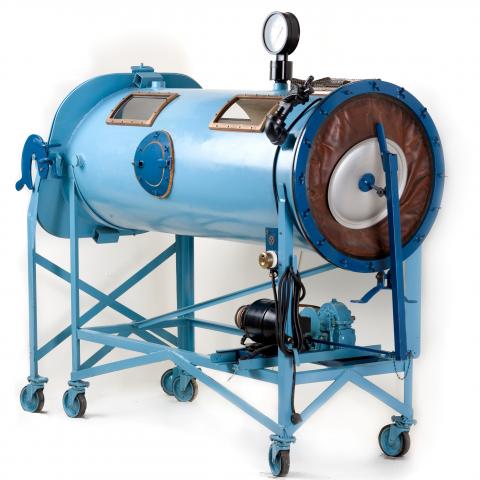