The little Jeep that could

What weighs a quarter ton, has four wheels, was the first of its kind, and was built in Pennsylvania? The Bantam Jeep Prototype of course!

As World War II swept across Europe, the war department began planning for hostilities. One important item on their equipment list was an agile all-terrain vehicle to move troops and goods across the battlefield. Such a vehicle would be invaluable in out-maneuvering the enemy in a war that reached from tundras to jungles.

Several American car manufacturers raced to design a vehicle that would fulfill the war department’s request. A small group of engineers at the American Bantam Car Company, located in Butler, Pennsylvania, created a prototype that was produced in just over a month and a half. Thus the “jeep,” a term which may have come from the term “general purpose” (but the origin of the word is still murky), was born in 1940. These first jeeps were spartan, and obviously meant to be utilitarian, but also had some graceful-looking elements like the rounded grill and fenders.

Soon after the Bantam Company produced the first jeeps, the United States National Museum (which would become the National Museum of American History), sought to include a jeep in an upcoming exhibit on the timely topic of national defense. This exhibition sought to highlight the impact of American automobile workers on the war effort. The museum borrowed one of the Bantam jeep prototypes for about six months.

As World War II raged on and jeeps became increasingly important to the war effort, the museum wanted to permanently collect one of the early prototypes. But the first jeeps created by the Bantam Company were no longer being produced. After rigorous testing and use, those jeeps were scattered across army bases and in scrap yards. U.S. Army staff searched for a Bantam jeep and were able to save number 1007, the seventh of 62 produced. In 1944 the U.S. National Museum received the vehicle—today nicknamed “Gramps,” because it’s the oldest surviving original jeep.

This Bantam jeep tells a variety of stories: of American manufacturing, of the war effort during World War II, and of the birth of a popular culture icon in both civilian and military life. It is currently on display at the Heinz History Center, a Smithsonian Affiliate in Pittsburgh, where it helps to tell an incredible local story.

On the broadest level the mighty little jeep stands for the wider history of the Pittsburgh region’s contributions to defense during the war years. From the massive tonnage of steel poured out by local factories—eventually Pennsylvania mills, led by U.S. Steel, produced more steel than all the Axis powers combined—to the nation’s largest airplane propeller factory, western Pennsylvania was an integral part of the “Arsenal of Democracy.”

The dramatic nature of the American Bantam Car Company’s successful prototype bid illustrated the kind of can-do spirit that still resonates across the region. When the U.S. Army issued its call seeking new ideas for a small reconnaissance vehicle, the Bantam Company, a relatively unknown automaker, was in serious financial trouble. But they marshaled everything they had and in a true last-ditch effort managed to get a prototype planned and built within the army’s tight timeline: they had 49 days to build a vehicle and deliver it to the testing facility at Camp Holabird in Maryland. The Bantam Company’s crew got the little prototype assembled and met the deadline by driving it to Maryland themselves. It passed with flying colors. For the Bantam Company, the great victory was short-lived. Eventually, the company was deemed too small to be able to produce the number of vehicles needed and they lost the contract to Willys-Overland and Ford. But the design they created went on to help win the war, and it has never been forgotten in the region.

Starting in 2011, Butler, Pennsylvania, began hosting a Bantam Jeep Heritage Festival, in connection with the 70th anniversary of the start of World War II. Today, thousands of fans converge on Western Pennsylvania each year, joining in one of the largest Jeep gatherings in the nation. It’s a testament to the American Bantam Car Company and a durable little vehicle that war correspondent Ernie Pyle once described as “faithful as a dog, strong as a mule, and as agile as a goat. It constantly carries twice what it was designed for and keeps on going."

Meagan Smith is the program assistant for National Museum of American History Affiliations.
Leslie Przybylek is the senior curator at the Senator John Heinz History Center.

Posted in Transportation History, From the Collections, Invention & Innovation 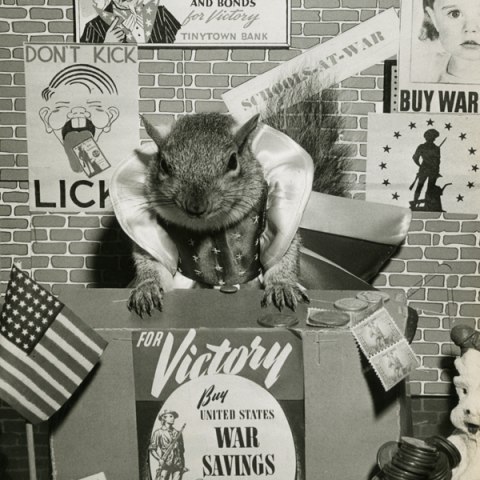 Fur the war effort
“The world infrequently notes the passing of a squirrel," announced an Arizona radio station on August 10, 1949. But when it comes to the... 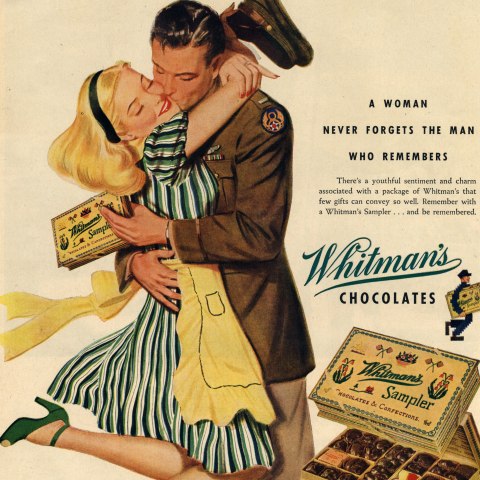