Keeping Khaki-Kool during World War I

Next in our World War I series this month, a look at what we now consider a go-to, neutral fabric for almost any season.

In 1915 American silk manufacturer H. R. Mallinson & Co. saw a potential opportunity. The company anticipated shortages of wool and cotton fabrics—especially for apparel and household use—because of the massive military needs of European armies fighting World War I. So Mallinson decided to create and market new silk products for wear both around the clock and across the seasons, mitigating the shortages of fibers needed for military uses. Associating one of its newly styled sportswear silks with the war effort, and taking advantage of the popularity of military associations, Mallinson trademarked the cloth as "Khaki-Kool."

Khaki-Kool was billed as a novelty shantung, which women of the period would have understood as meaning a medium-weight, somewhat stiff fabric made of slubbed (uneven) tussah silk yarns that would not drape closely to the body. Tussah is the silk made from wild (not cultivated) silk cocoons gathered after the silk moth has eaten its way through. When unwound, these cocoons produce short lengths of the silk fiber—in cultivated cocoons the silkworm is killed with steam, and the cocoon can be unwound as a single fine filament up to half a mile long. Labeled samples of Khaki-Kool in the Smithsonian collection show a plain weave with a fine warp (lengthwise) yarn of filament (cultivated, unbroken) silk and a thicker weft (widthwise) yarn of bundled tussah fibers with very little twist. This construction gives the cloth body and gloss—it will not cling even when it is damp, making it comfortable to wear in warm weather or for active sports. 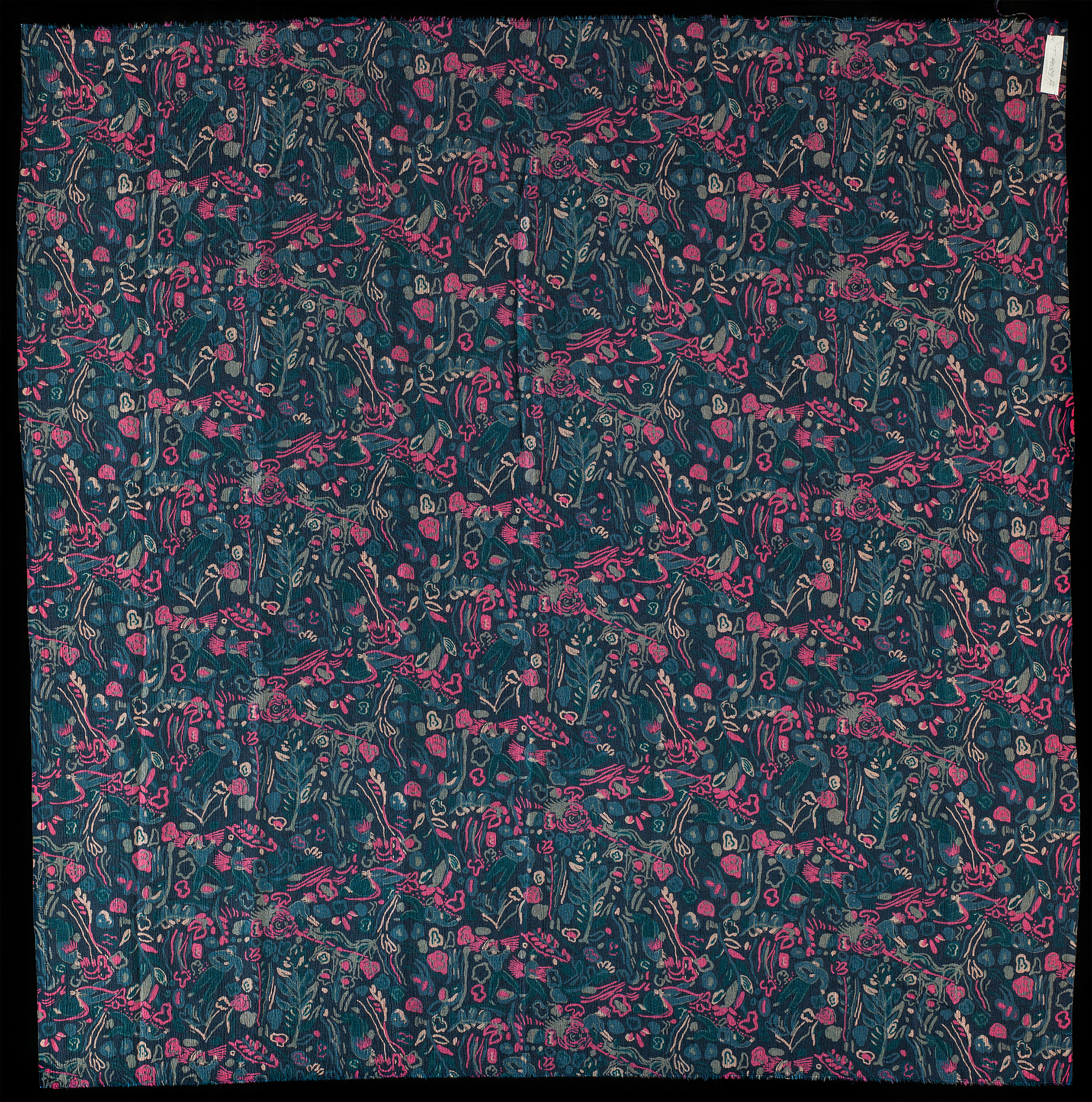 Americans pronounce the word "khaki" with the emphasis on the first syllable, and the word itself is usually used to describe military uniform fabric in a shade of tan or sometimes olive. But the term dates back to the 19th century, to British troops in India whose white summer uniforms were dyed a dusty yellow brown as camouflage. In British usage, the emphasis is on the second syllable, in keeping with the derivation of "khaki" from the Urdu word meaning dust, or earth.

Khaki-Kool was an immediate hit not only for women's wear, but for men's spring suits as well, and within a year had become a favorite fabric for bathing suits. Khaki-Kool came 36" wide, and was available in solid colors at $3.50 a yard and prints at $4.00. As with all Mallinson fabrics, it was sold directly to consumers by the yard through retailers, including department stores and silk specialty shops. It was also available in garments and accessories through what was then called the "cutting up trade," meaning both custom dressmakers and ready-to-wear garment manufacturers. Said to have "blazed the trail" of sport silks, Khaki-Kool had engendered several new fabrics by the spring of 1917: Khaki Kool Sport Satin, Piping Rock, Meadow Brook Sport Satin, Rockaway Hunt Sport Silk, and Pagoda Sport Silk. Unfortunately we don't have samples of these to allow us to see just how they differed from each other, and from, say, the usual satin-weave silks. 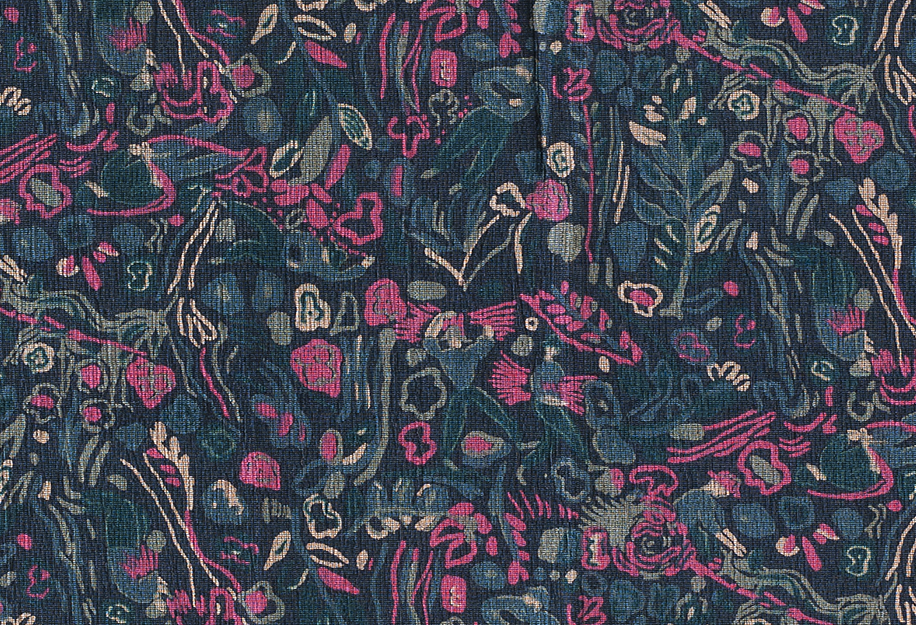 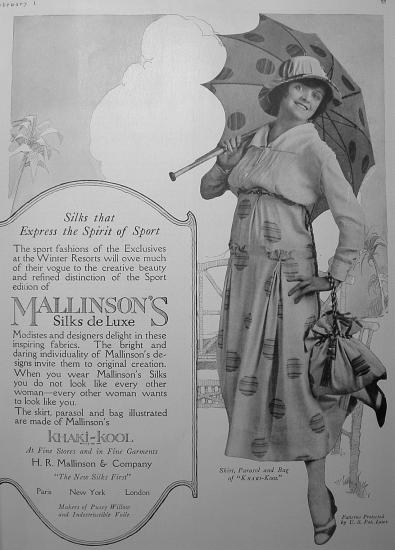 By the time the United States entered World War I, Khaki-Kool was being suggested as a suitable fabric for women's uniforms. Actress Norma Talmadge was photographed in a U.S. Army Khaki-Kool suit and cape in khaki color with brass uniform buttons, designed by the important New York City fashion house Hickson, in 1917. (Hickson was a fashion leader from the 1910s to the 1930s.) And in 1918 it was used as a ground cloth for Mallinson's series of World War I commemorative printed dress silks, titled "La Victoire," one example of which is shown above. 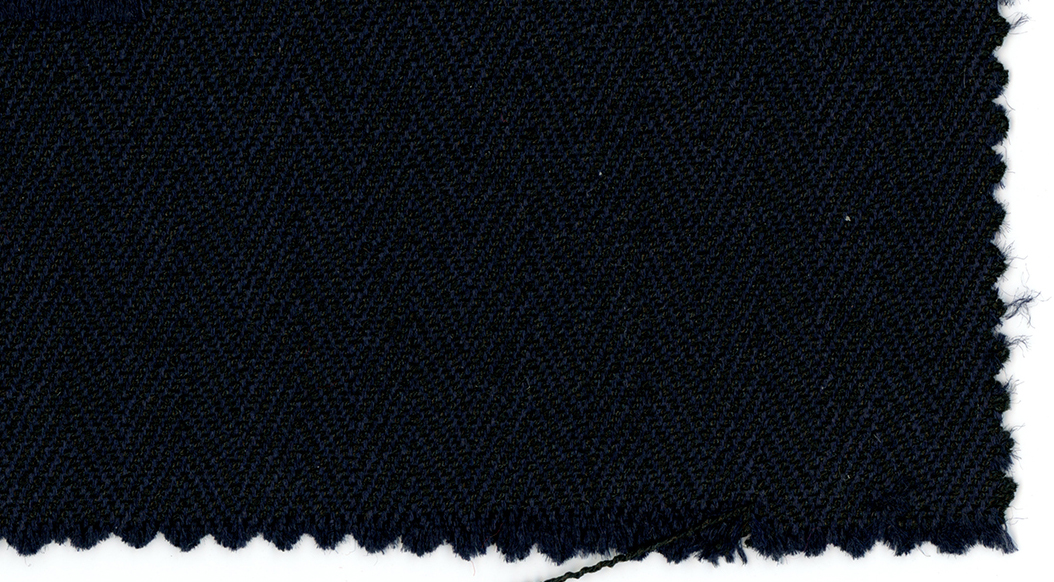 The museum's curator of the (then) Division of Textiles collected examples of innovative silk fabrics from other American manufacturers during the war. The Victory Silk Company donated five samples of new fabrics meant for men's spring and summer suits. These included a natural tan textured silk and cotton suiting for younger men, trademarked "Hava Coke," and a herringbone weave "Cameo Stripe" with black warp yarns interlacing alternately with red and green weft yarns, producing an overall color effect of a shimmering brown. The Victory Silk Company was incorporated in 1902, in Paterson, New Jersey. An article in the New York Times (January 22, 1915) quoted the president of Victory Silk Company as saying that these new silk suit fabrics were expected to be very fashionable in the spring of 1916, and that unlike wool suits, the silk suits would be washable. Unfortunately, we have no way of knowing how successful the suiting silks actually were. Mallinson's Khaki-Kool, however, remained in the company's line into the 1930s, and was a mainstay of production throughout the 1920s. 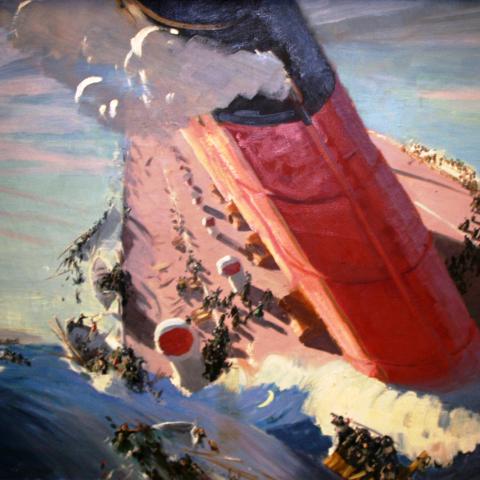