“About the prints … I make no comment, save that they were made from the indelible impressions of war. They are not imaginary. I saw them.” Kerr Eby wrote about his World War I etchings.

During World War I, artist Kerr Eby (1889-1946) served with the U.S. Army in France, enlisting in 1917 and serving through the end of the war. He originally joined the Ambulance Corps but was later transferred to an engineering corps.

Eby prepared most of his war scene sketches and etchings from memory, beginning immediately after the war and continuing into the 1930s. His work, particularly the pieces depicting night scenes, call upon his first-hand experience to evoke the haunting darkness of war.

While an image prepared from memory may not present an exact reproduction of a scene, Eby’s nighttime war imagery offers an extraordinarily complex emotional representation of war. His dark and shadowed scenes give the viewer a strong sense of the distressed unease and the plodding struggle of the war.

Eby’s World War I images are often filled with large numbers of marching soldiers, but somehow still inspire strong feelings of solitude and loneliness. This is a characteristic that carries over into his peace time artwork also, but with a much gentler effect, as in the placid landscape Cornwall and the graceful but solitary The Lobsterman.

In 1935, with World War II brewing, Eby wanted to share his vision of war with the world. He compiled his work in the book War, describing his “desperate hope that somehow it may be of use in the forlorn and seemingly hopeless fight against war.”

During World War II Eby served as a civilian artist-correspondent. Very few printed works were prepared from that experience, but his existing sketches continue the same style of nighttime imagery seen in his earlier work. Eby contracted a tropical illness shortly after arriving in the South Pacific, which was said to have accelerated his death of a heart attack in 1946.

Kerr Eby’s works were first displayed in Washington, D.C., in 1923 through a special exhibition of works by members of the Brooklyn Society of Etchers. The exhibit in the Smithsonian Castle building was hosted by the Division of Graphic Arts, which later became a unit of the National Museum of American History. One of Eby’s etchings in that exhibition, Cornwall, was acquired by the unit shortly afterwards. His works were popular enough that he was also offered a solo show through Graphic Arts in 1933. Thirty-one printing plates and thirty prints by Eby came to Graphic Arts as a gift in 1977.

Few artists were able to capture the disturbing imagery of war as compellingly as Kerr Eby. His World War I etchings serve as an important reminder of the war and help us appreciate the soldier's experience during that war.

Joan Boudreau is a curator in the Graphic Arts Collections. 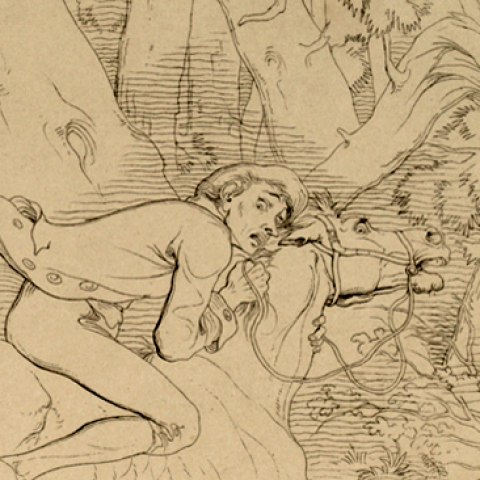 Illustrating Ichabod
Imagine a dark and stormy night. A headless horseman chases a frantic school teacher through the woods. What do you picture? Is it... 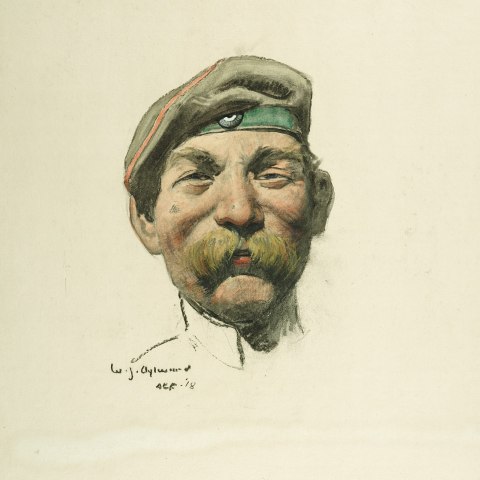 Illustrating Prisoners in the Great War
When the United States entered the Great War in 1917, the U.S. Army commissioned eight professional artists to record the activities of the...