Kids pitched in to defeat disease and advance medical research

Giving blood, getting a flu shot, raising money for a cure—plenty of Americans participate every day to help secure the health and wellness of their fellow citizens. Children have been an important part of these communal efforts and they in return have received small tokens in recognition of their participation (and sometimes to help lure them into participating). Here are a few of these historic tokens and the stories of the American kids whose participation contributed to all of our well-being.

Polio Pioneers
In 1954, 1.8 million American school children participated in a national trial of the new polio vaccine. The National Foundation for Infantile Paralysis (now the March of Dimes) supported both the development of the vaccine and the subsequent trial. More than 300,000 people—mostly volunteers, including physicians, nurses, schoolteachers, public health officials, and community members—carried out the work. School children served as the test population.

Because half of all reported poliomyelitis cases occurred in children under 10, the trial's study population targeted children in the first three grades of elementary school. 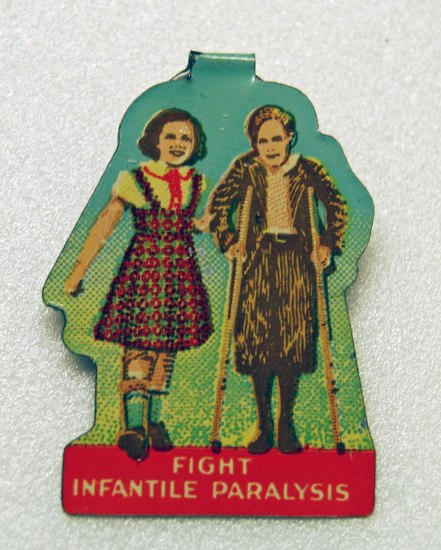 The children became known as "Polio Pioneers." After obtaining the consent of their parents, about 650,000 children received either the vaccine or a placebo (a solution made to look like vaccine, but with no active materials). Over a million more children served as "observed" controls. The success of this trial led to widespread use of the polio vaccine and near eradication of the virus in the United States by the early 1960s. 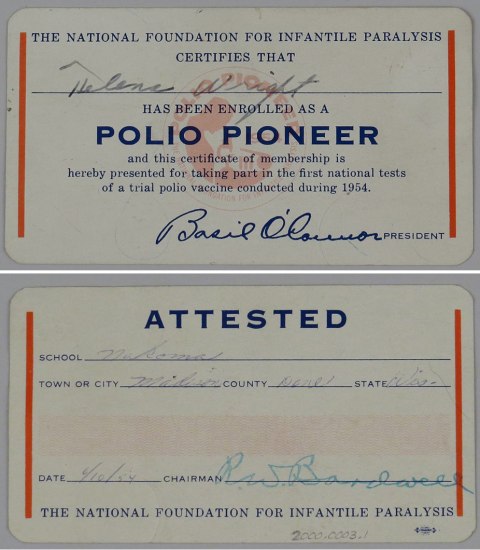 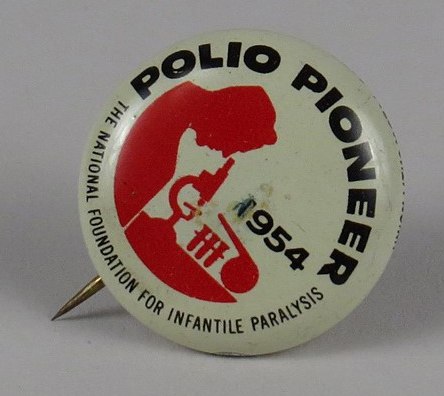 The Smallpox 12
Nearly 150 years earlier, in October 1809, 12 children from the town of Milton, Massachusetts participated in an unusual demonstration of a new medical technique. In July of that year, the town leaders of Milton had offered free vaccination to all inhabitants and over 300 persons were inoculated. Vaccination was a relatively new idea at this time and many individuals (including medical professionals) were unconvinced of its value. The technique involved inoculating patients with cowpox in order to provide protection from the more serious disease smallpox.

Following the vaccination campaign, the town leaders took an unusual step—they decided to hold a public demonstration to prove without a doubt that the cowpox vaccine worked. On October 9, 1809, 12 children, selected from those vaccinated in July, were inoculated with fresh, virulent smallpox matter. The men on the vaccination committee were confident of good results and apparently chose their own children (or other young relatives) to participate. After 15 days of confinement, all the children were discharged with no sign of smallpox infection.

Each child participant received a personalized certificate pronouncing them a living testament to the "never failing power of the mild preventative the Cow Pox," "a blessing great as it is singular in its kind." A detailed account of the experiment was sent to the officers of every town in the state, as well as to Governor Christopher Gore, a proponent of vaccination. In 1810 the State of Massachusetts passed the Cow Pox Act directing every town, district, or plantation, within the Commonwealth, to provide for the vaccination of their inhabitants.

The world is now free of smallpox—a remarkable global achievement that owes a small debt to the children in a little town in New England in the early years of our republic. 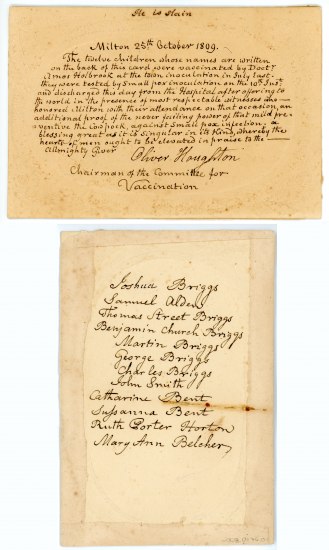 Cheating the Tooth Fairy, for science

In the late 1950s, children in St. Louis, Missouri, began spurning the tooth fairy and sending their baby teeth to scientists at Washington University. Researchers were investigating possible links between cancer rates and the fallout produced by the detonation of the first atomic bomb at the White Sands Proving Ground in 1945 as well as the hundreds of nuclear tests conducted by the United States and the USSR in the following years. 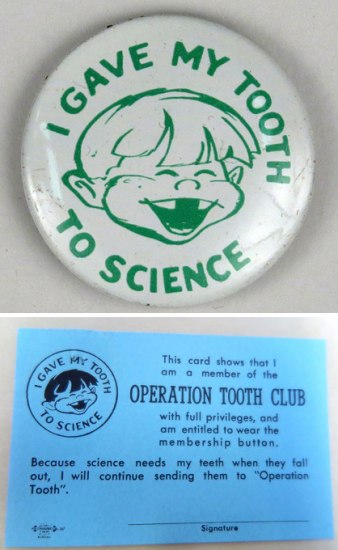 By collecting a large number of baby teeth, scientists could assess and compare cancer rates with levels of strontium-90 in an individual's bones. A radioactive isotope produced by nuclear fission, strontium-90 had an "affinity for bone" and scientists in the 1950s and 1960s feared that it could cause cancer. Although teeth are not bone, similarities between the formation of bone and teeth mean that studying one can lead to insights into the other.

Borne by high winds, strontium-90 had contaminated vegetable crops, meat, and the milk supply across the country, and the levels of contamination in St. Louis were particularly high. Tooth collection areas were quickly set up around the city—in libraries, schools, dentists' offices, and drugstores. By 1962 the children of St. Louis were donating nearly 750 teeth a week for a grand total of 70,000 teeth.

Early results, indicating that children born after 1945 had high levels of strontium-90, influenced President John F. Kennedy as a Partial Test Ban Treaty was being negotiated between the United States, the Soviet Union, and Britain. The children who gave their teeth "to science" may be grandparents themselves today, but their baby teeth are still being studied by scientists in the belief that they will shed even greater light on the impact of atomic testing. 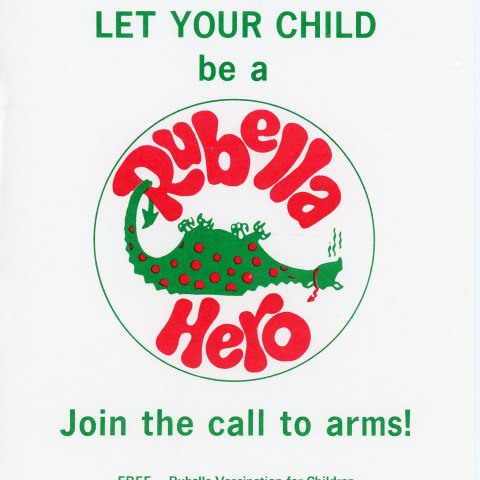 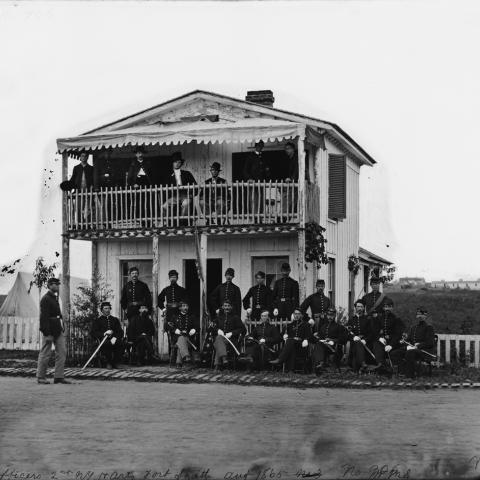