"Unless something is done [the carousel] will turn the minds of people here, and no one would be surprised if in a few days, whole families… were chartering the machine for hours at a time."
—Milwaukee Journal, July 30, 1892

Unlike the people of late 19th century Milwaukee, carousels were not really my thing. I rolled my eyes after learning Smithsonian interns are allowed a free ride on the carousel on the National Mall once a day, convinced I would never need that. I loved carousels when I was a kid, mostly because of my favorite childhood movie, Mary Poppins. In one memorable scene, the live actors are transported into a magical, animated world, and take part in a horse race while riding carousel animals that had managed to detach themselves from a merry-go-round. Every time I rode carousels as a child, the music and movement transported me; I wasn't Marilyn, I was Mary Poppins: "practically perfect in every way." But, as I grew up and my imagination dimmed, I soon left the romance of merry-go-rounds behind me. 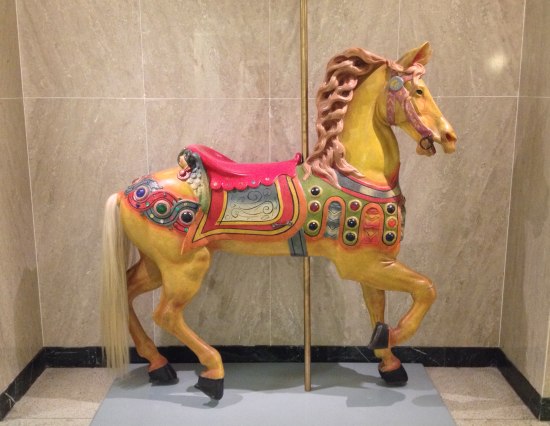 Because I had long dismissed carousels as something irrelevant to my life, I was surprised to encounter them again not at an amusement park, but behind the scenes at the National Museum of American History. I have been working with the Culture and the Arts Department's extensive folk art collection, which includes a vast assortment of carousel animals. And when I say carousel animals, I don't just mean horses. Like the Speedwell Foundation Conservation Carousel at the National Zoo with its 58 different species, the museum's collection of carousel critters includes peacocks, roosters, sea monsters, storks, elephants, and camels—just to name a few. While delving deeper into the stories of these vibrant objects, I learned merry-go-rounds have a rich history that stretches back centuries, rekindling my childhood love for them in the process. 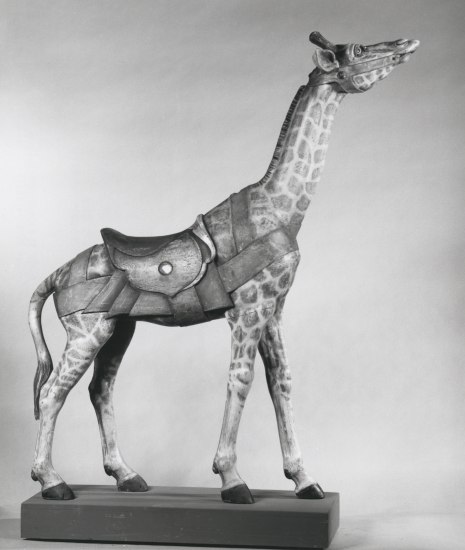 Culture is not produced in a vacuum. During my time here in the Culture and the Arts Department, I've learned that many modern forms of entertainment are just re-interpretations of old ones—refashioned and re-purposed to reflect today's values. Broadway musicals evolved from vaudeville and blackface minstrelsy. Tabloids evolved from the penny press of the early 19th century. Movies evolved from the theater and magic lantern shows. Mp3 players evolved from records and phonographs. There are an infinite number of examples.

Carousels are no different. Rotating devices of various sorts were in use across the Islamic Empire, Europe, Latin America, and India as early as 500 AD. Hunters in early-modern Europe used them to train for a tournament known as a carousel and later adapted them for entertainment purposes. They were originally powered by a laborer or a horse running in a circle, and eventually by a crank. By the 1860s, European carousel-makers introduced the use of steam engines in merry-go-rounds, and carousels began to more closely resemble what we would recognize today.

European immigrants to the United States brought this tradition with them to America. German carousel-maker Gustav A. Dentzel imported the United States' first known carousel when he arrived in America in 1864. Immigrants from Eastern and Southern European countries increased during the late 19th and early 20th centuries, and many of these newcomers were carousel-makers. Merry-go-rounds soon became common fixtures at American fairs and amusement parks. 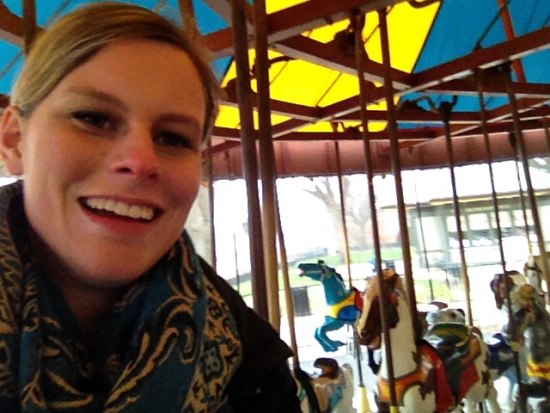 Even if we dismiss merry-go-rounds as a "little-kiddie" ride, they have a universal appeal that cannot be denied. People all over the world have enjoyed these rotating devices for centuries. Anyone who looks at the museum's carousel animal collection can see why they have had such long-lasting appeal. Check out the sea horse pictured below! Look at the way its mane appears to blow in the wind and the intricacy of the scales on its tail. Now imagine yourself spinning around and around with music clanking in the background, laughing with your friends as your sea horse moves you up and down. How could you not fall in love with the magic of carousels? 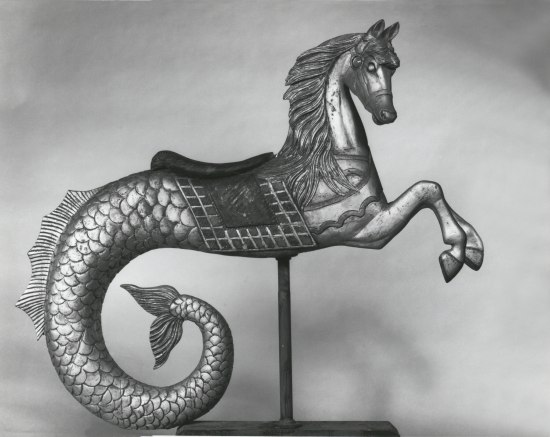 Marilyn Bradford was a curatorial intern in the Culture and the Arts Department in winter 2015. 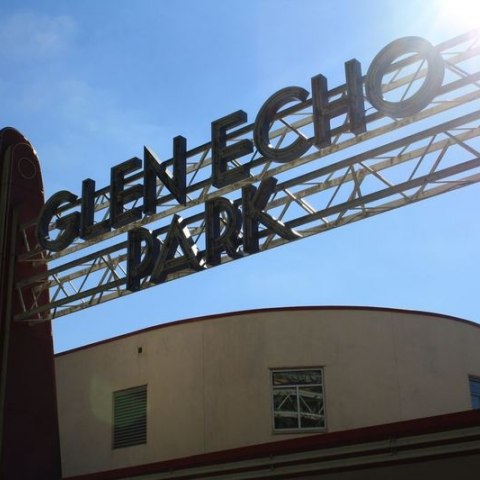