What made Nashville into Music City?

The Lemelson Center for the Study of Invention and Innovation's Places of Invention explores what happens when the right mix of inventive people, untapped resources, and inspiring surroundings come together to spark invention. In the exhibition, we take a close look at the Bronx, birthplace of hip-hop—but that's just the tip of the iceberg when it comes to exploring inventive places around the country. Both in the gallery and online, you can pin a "place of invention" to our interactive map, whether that invention relates to agriculture, fashion, music, or any other topic. Join us to zoom in on one of our favorite pins on the Places of Invention map: Nashville. How did it become a hotbed of musical innovation? 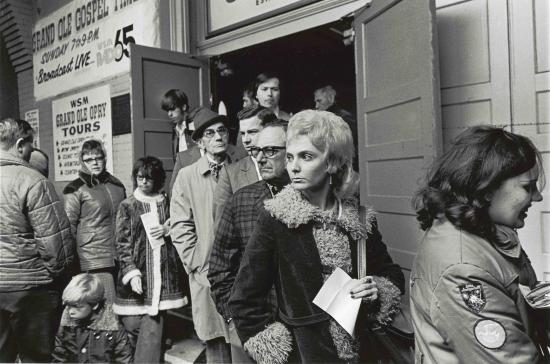 "I think we owe a lot to an insurance company, believe it or not," country music singer, songwriter and television personality Bill Anderson says. The National Life and Accident Insurance Company owned radio company WSM (which stood for "We Shield Millions") and broadcast Saturday night programs featuring country music. The show became the Grand Ole Opry and the music made there reached millions, first on radio and then on television. 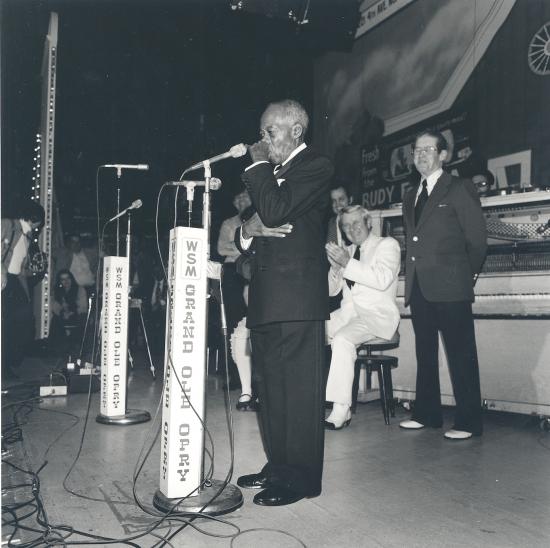 Even the Ryman Auditorium, the building that houses the Grand Old Opry, is fabled among musicians and audiences. "There's something about standing on that stage—and the fact is that it sounds fantastic," says singer and songwriter Emmylou Harris. "It's one of the most beautiful sounding rooms."

Anderson described the Grand Ole Opry as "the trunk of the tree, the foundation" that attracted recording studios and musicians. Watch the video below to discover this special place as well as Music Row, the center of the universe for record labels, the Fisk School, which brought African American spirituals to a wider audience, and the "little big city" feel that contributes to the musical creativity of Nashville.

You can also view this video, developed in collaboration with Wool & Tusk, on the museum's YouTube channel.

Now that you've learned why musicians and music industry infrastructure are attracted to Nashville, it's time to find out where they create the music that makes Nashville famous. In the next video, step inside Bluebird Cafe, featured in the television show Nashville. "This is the place where the song and the act of song writing is the center point, as opposed to the performance," says country music and bluegrass performer Kathy Mattea. At Bluebird, the act of songwriting—usually a private activity—becomes a public one, with musicians facing each other at the center of the room and the audience hushed to watch their process.

The live music scene in Nashville is obviously an incredible one, but where do musicians go when it's time to record a few tracks without a live audience in attendance? RCA Studio A, which opened in 1965, is now called Grand Victor Sound and is owned by singer-songwriter and record producer Ben Folds. Step inside the studio, which Folds explains is particularly customized for musicians who are used to performing live, in this next video.

Please be sure to share your own stories of places of invention—musical or otherwise—on the exhibition's digital map! Two pins we've recently added: Washington, D.C., birthplace to the funky, percussive music style called go-go and Soho, New York City, home of Rudy's Music, home of the archtop guitar.

Monica Smith is the exhibition program manager for the museum's Lemelson Center for the Study of Invention and Innovation and the project director for Places of Invention. Erin Blasco, education specialist in the New Media Department, also contributed to this blog post.