We asked Eric Jentsch, deputy chair and curator in our Division of Culture and the Arts, for his NCAA bracket picks. Then he disappeared into collections storage, emerging a while later with a very curatorial response. Eric is currently working on plans for our future culture exhibition, which will include sports history. As you'll be able to tell, he's very enthusiastic about the topic.

It's March, history fans, so you know what that means! March Madness! 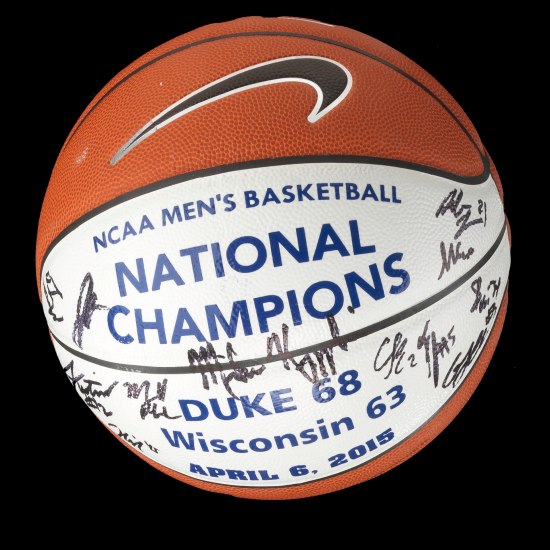 The 2016 NCAA Men's Division I Basketball Tournament enters its 78th edition. The single-elimination tourney features 68 of the best teams from across the nation. Sixty-four teams compete in the women's bracket, an event run by the NCAA since 1982.

In celebration of the big dance, it's time for me to make my picks for some of the top objects representing college basketball in the museum's collections! (Yes, that's a thing now!) 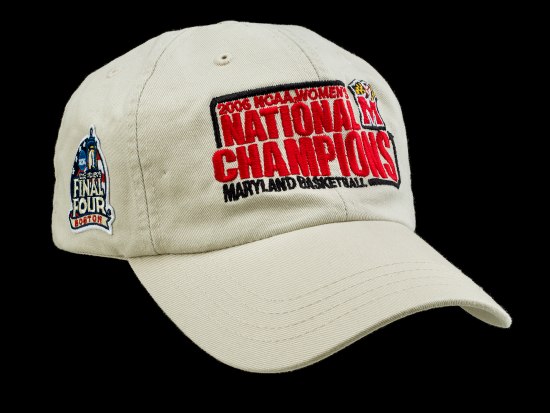 Our first object is a bit of an underdog. This hat represents the 2006 NCAA Women's National Champions, the Lady Terrapins from the University of Maryland. Sometimes even the most sober analyst can't fight his heart. Even though the hat probably doesn't have the glamour needed to take home the prize, I have to have faith in my (adopted) home state of Maryland and believe this fan item could be in the mix! 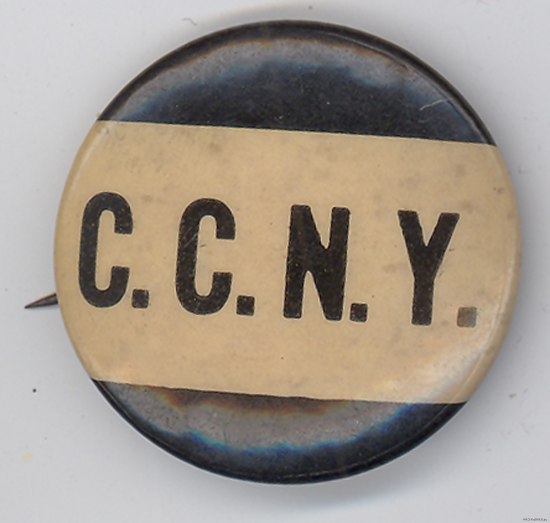 Perhaps no object comes with a better upside than this button featuring the City College of New York, which in 1950 became the only team to win both the NCAA tournament and the National Invitation Tournament the same year. Unfortunately, it might have the biggest downside as well. The next year, seven players for the team were arrested for taking money from gamblers to affect the outcomes of games. With this one, it could go either way! 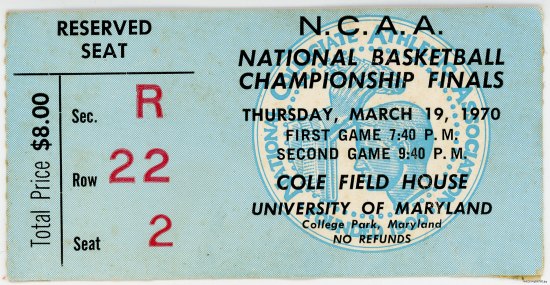 Now that we have discussed some of the underdogs in the fight, let's look at some of the big ticket items expected to win it all, starting with this, um, ticket! It's from the 1970 NCAA National Basketball Championship Finals, held in College Park, Maryland. That year the University of California, Los Angeles, Bruins brought home the prize, with legendary Coach John Wooden winning his sixth championship in seven years. Wooden, who finished his career with 10 NCAA trophies, made UCLA one of the most dominant programs of all time! Despite being a bit undersized, this ticket shows a lot of potential. 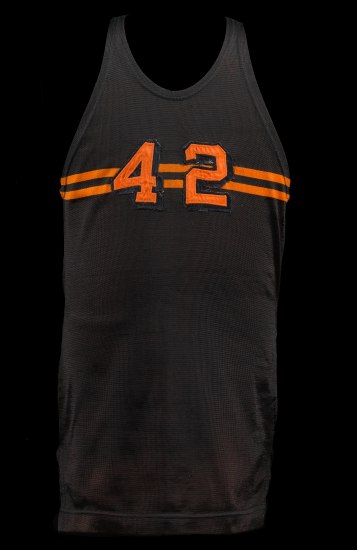 UCLA also won the title in 1965, but it was the player who wore this Princeton Tigers jersey who would walk home with the tournament's outstanding player award. Bill Bradley brought the Ivy League institution to its only final four appearance in team history. The Tigers finished third, with Bradley scoring a record 58 points in the consolation game. Bradley, an Olympian and 1965 College Basketball Player of the Year, went on to have an outstanding career in the bright lights of New York City as a member of the NBA's Knicks. Afterward Bradley represented New Jersey in the U.S. Senate from 1979 to 1997, and in 2000 was a Democratic candidate for President. With such a diverse skill set, this object has a great overall game that will be hard to match up against. 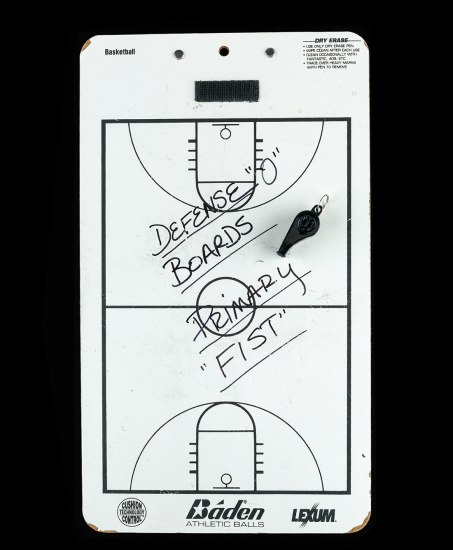 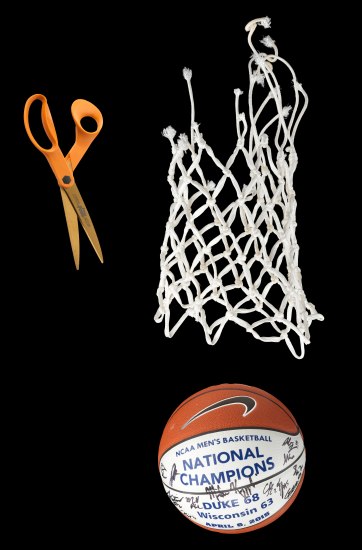 I'm going to talk about these next two objects together. Both represent coaches who have brought their teams multiple NCAA championships. Both coaches have set records and have earned the highest honors in the sport. The clipboard comes from University of Tennessee Coach Pat Summit, who used it in 2005 while winning her 880th game, becoming the NCAA career victory leader in basketball. The net comes from Coach K, Mike Krzyzewski, and the Duke Blue Devils. Coach K has the most wins in Division 1 Basketball, and this net is from Duke's fifth tournament championship, in 2015. Both objects are elite players, but it might be impossible to pick a clear winner between them. 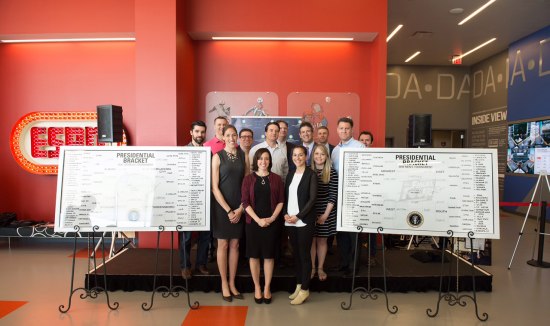 And now, for me, the top contender for National Museum of American History NCAA basketball objects are the two 2015 tournament brackets completed by President Barack Obama for ESPN! Not only do these boards represent how the people have made the NCAA tournament a national pastime, not only were they filled out by the President of the United States, but they were also collected by me (and my colleagues) at ESPN, Inc., Headquarters in Bristol, Connecticut. The President. ESPN. Me. This one truly has it all. 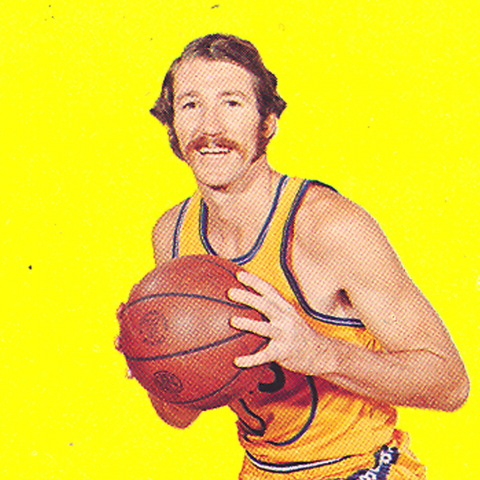