How would you describe a witch? Black pointy hats probably spring to mind, as well as a range of distinguishing ugly features like crooked noses, stringy hair, and weathered faces—warts and all. The image of a witch as a hag or evil old woman spans everything from Shakespeare to fairy tales to Greek mythology. Yet in the early 20th century another kind of witch permeated popular culture around Halloween—one who was beautiful, sumptuous, and alluring. Although we may think of the "sexy witch" as a modern marketing gimmick for adult Halloween costumes, there is actually a historically important antecedent. 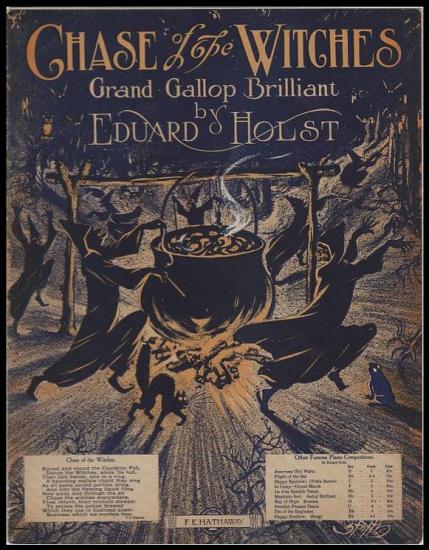 To see the beautiful witch in context we need to understand a bit about this period. First, Halloween in the early 20th century had far less emphasis on blood, gore, and scary monsters and much more emphasis on courtship, romance, and the opportunity for love. In fact, the image of cupid was often interspersed among the more familiar black cats, witches, and jack-o-lanterns. Second, the central ritual of Halloween was not going door to door trick-or-treating (that would gain popularity much later, particularly after the post-1945 baby boom); rather, it was attending Halloween parties in peoples' homes. Typically set in the domestic spaces of the parlor, dining room, or kitchen, these parties involved decorating, organizing games, sending out invitations, and maintaining social relationships—in other words, all things that were seen as part of the feminine sphere. So while men were certainly involved in Halloween, including evolving traditions of tricking and pranking, Halloween in the early 1900s could largely be described as a feminine holiday—organized around and for women. 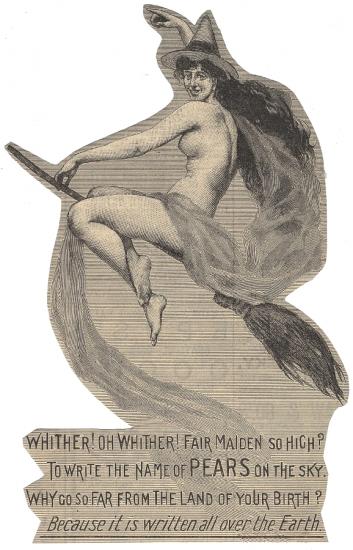 So what did women do with this holiday? Looked into the future (or at least pretended to). The most commonly described and depicted activity at these parties involved playing games that purported to predict a future suitor or husband. Games ranged from throwing an apple peel over your shoulder (the letter it resembled would be your future husband's initial) to naming several chestnuts after potential beaus and seeing which one popped first while roasting. The number of these rituals was legion. One book had over 45 pages of variations. What they all had in common was an emphasis on seeing one's fate, not shaping it. This is significant because in the early 20th century, that underlying sense of passivity and lack of control in women's lives was being directly and forcefully challenged. 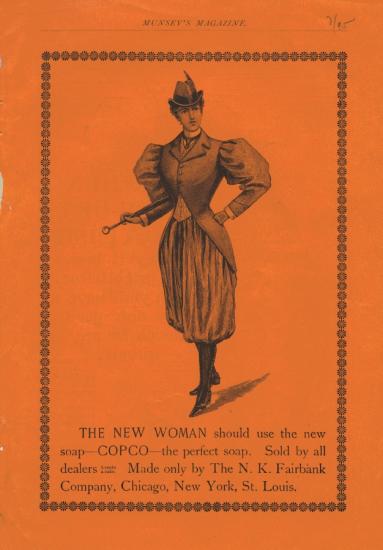 The early 1900s women were awash in articles and images about The New Woman. The New Woman was described as a woman who took action and made things happen for herself, be it attending college, entering the workforce, joining men in sports like golf or tennis, or organizing around important causes like suffrage. Of course, the New Woman as just described was also built around whiteness and certain levels of wealth and comfort—the New Woman was not a universally inclusive motif. Still, the discourse around the New Woman was an important one, suggesting that timidity and passivity were no longer acceptable ways of defining large groups of women. 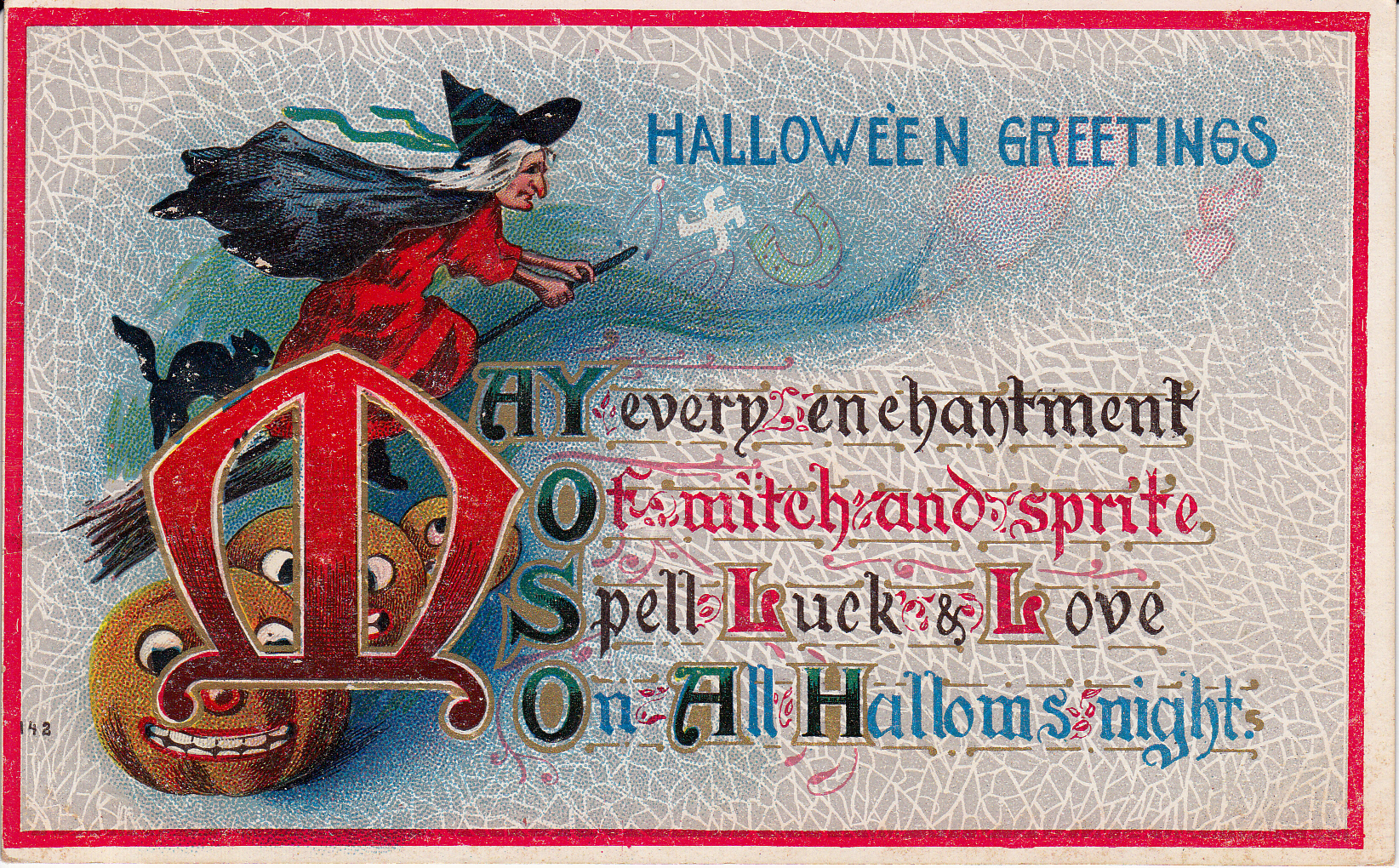 So what does any of this have to do with beautiful witches? Women still enjoyed Halloween. It was a time to socialize with friends, encourage romantic encounters, and show off skills in planning and executing a party. But the central activity of passively predicting the future was becoming increasingly out of step with how many women saw themselves. Enter the beautiful witch. The witch is a woman who has power—the power to create spells, alter fate, and change the future. The witch does; the witch doesn't wait. And for many women of the era, this was an attractive aspect of the witch, with one obvious problem: what young, self-actualizing woman wants to see herself as an old hag? This is why the motif of the beautiful witch gained such popular currency. The beautiful witch had both power and attractiveness, and could use both to make her own decisions about romance, suitors, and the future of her love life. The beautiful witch could control her destiny, not meekly wait for it to unfold. She was the perfect personification of a holiday that was still part of the feminine sphere, while acknowledging the changing dynamics of gender and sexual power relations in the early 20th century. 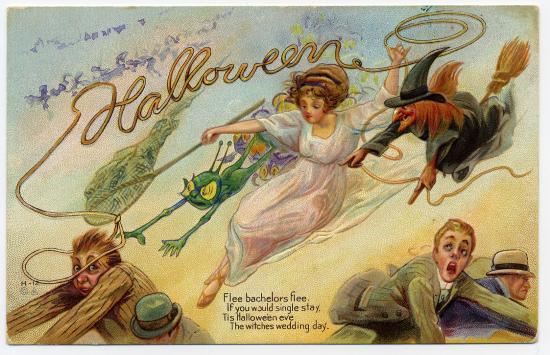 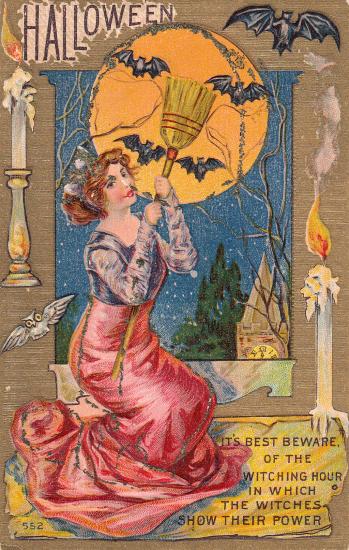 Daniel Gifford is the museum's manager of museum advisory committees and a project historian. He has blogged about birdwatching in America and the connection between immigration and innovation.