Oh, sigh! Season two of Outlander (the show in which British World War II field nurse, Claire, slips through time and meets the 18th century Highlander, Jamie) has just finished. I started watching the show and reading the books to escape from my current deep swim and analysis of the history of American culture. But alas! As I prowl through the Photographic History Collection, I can't help but think about how Scottish history has made its physical way into the National Museum of American History.

The tea leaf reader! This hand-tinted daguerreotype by British photographer William Constable from the 1850s recalls that early scene in the story that sets the stage for Claire's future. So sure, she's English, but she has a slightly hand-tinted plaid, tartan-like head wrap! 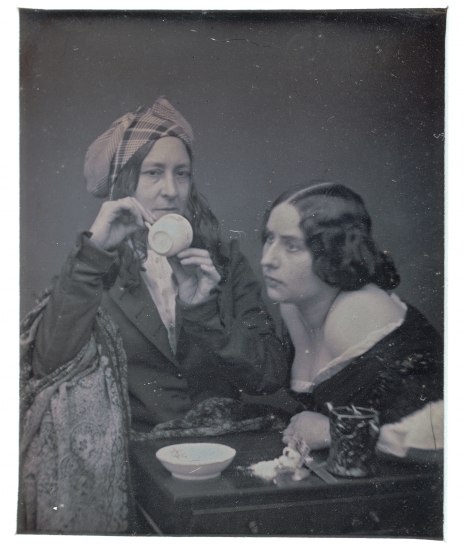 Stone Circles, of course. The premise of the story is nothing without the magic of ancient stones. Both of these photographs are of the stones at Stenness, in the northern part of Scotland. The stereoview with the mysterious man, who is placed there to emphasize the size of the stones and seems at first glance to be one of the stones, is by William Peace from nearby Kirkwall. The other view is by Scotland's own George Washington Wilson, a prolific photographer between the 1850 and the 1870s. To see many more images of Scotland by Wilson, check out the University of Aberdeen's collection. 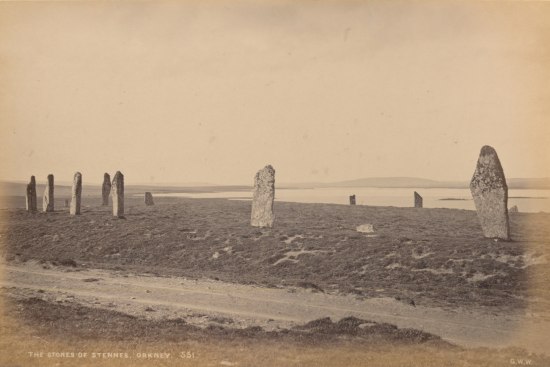 Around Scotland. Another view by George Washington Wilson is of Inverness, where the Outlander story starts. The view was made between Jamie and Claire's time, but the place, a hillock called Tomnahurich, is fabled as a home for fairies who lured a fiddler to play for them, who eventually finds himself hundreds of years from his own time. 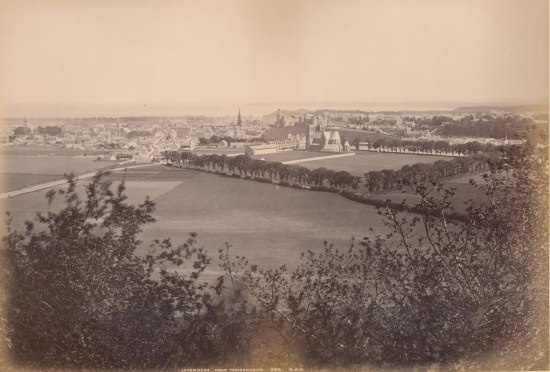 There on the rock stands Bonny Prince Charles's desire—Scotland's monarchical seat that was not to be his despite his efforts during the Jacobite rising in 1745-1746. Below in the Grass Market along the wharf, what political machinations were contrived in the Black Bull Inn? What known and unknown goods passed through the Carriers Warehouse? What cultural status was established with purchases from the Tobacco & Snuff Manufactory? 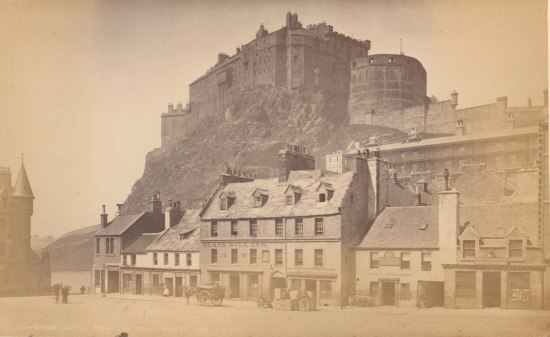 So many of the names and places that Outlander series author Diana Gabaldon has drawn on are from real places. I watched much of the first season with my laptop trying to figure out the real from the fiction. "Sandringham" may ring a bell for you! There is no real Duke of Sandringham, but there is an estate that belongs to Queen Elizabeth by that name, so surely the real Duke of Edinburgh might be found there! 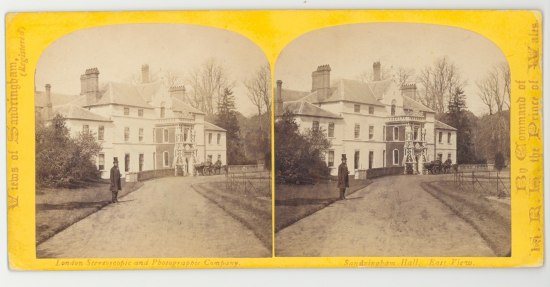 Tartans, plaids, and kilts. Glorious fabrics of all sorts are a mainstay of building historical authenticity for Outlander's costumes designed by Terry Dresbach, some of which are on view at the Paley Center in Los Angeles. The dapper young lad depicted in a cabinet card made by Brand Studios in Chicago would surely fit into the Tartan Parade held in New York in April; this year's parade marshal was Outlander actor Sam Heughan, who brings Jamie to life, and the year before it was Graham McTavish, who plays Dougal MacKenzie. (April 6 is National Tartan Day, if you wish to mark your calendar, by the way.) 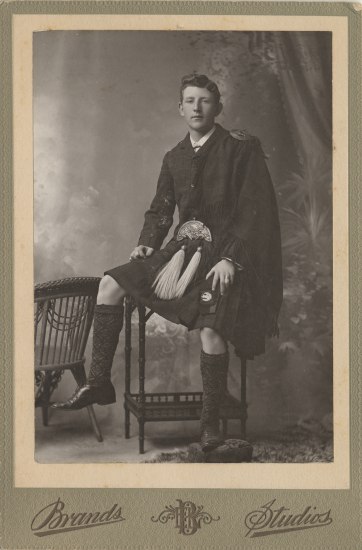 In addition to a fad for dressing little boys after Little Lord Fauntleroy in the late 19th century, there was a fad to dress boys in kilts. These three wee American fellows sport the combination of the two styles! 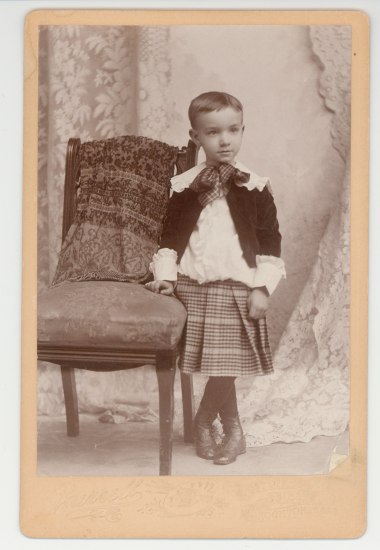 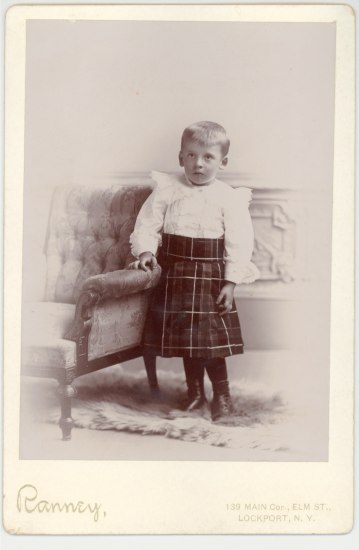 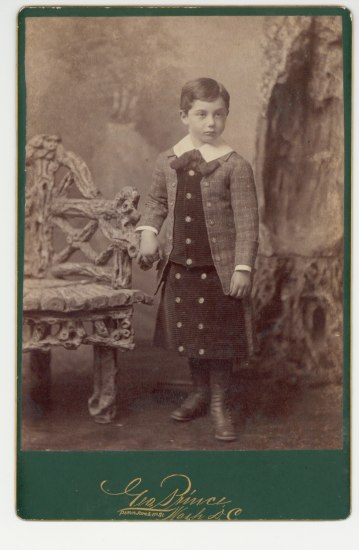 Museums work hard to sort fact from fiction, especially on the floor of the museum. But we also understand that historical photographs, documents, and objects can unleash vast actual and creative narratives. As you look around your world, which objects transport you to the past?

Want to explore other historical time periods through our objects? Try out our award-winning Ripped Apart! game app, in which players reassemble several Civil War photo albums and boxes of ephemera to put some ghosts to rest.

Shannon Perich is the curator for the Photographic History Collection and project director for the new American culture wing that opens in 2018. 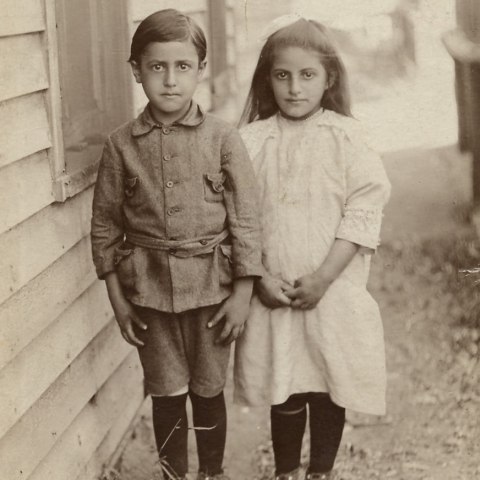