Part 1: A Philadelphia snapshot from when daguerreotypes were new

Guest blogger Sarah Weatherwax, a photography curator at the Library Company of Philadelphia, brings her expertise to bear on several daguerreotypes (an old type of photograph that was made on a piece of silver or a piece of copper covered in silver) from the Photographic History Collection at the National Museum of American History. Her collaboration and shared research provide deeper knowledge and historical understanding of the Smithsonian's collections.

In August 1839 Frenchman Louis-Jacques-Mandé Daguerre publicly introduced his process of producing images on a silver-coated copper plate and, in less than two months, Americans began replicating and improving the process. One of these early Philadelphia experimenters was Walter R. Johnson (1794–1852), a professor of chemistry at the University of Pennsylvania. Like most of the earliest daguerreotypists, Johnson's interest was probably sparked by the scientific challenge posed in capturing a permanent image on a metal plate. The National Museum of American History's collection contains several daguerreotypes by Johnson, including this whole plate image of the Merchants' Exchange Building in Philadelphia. 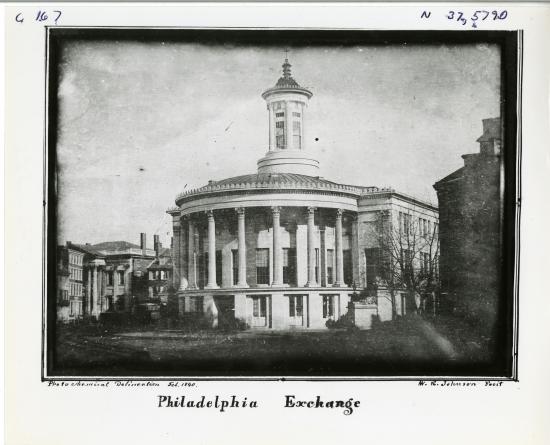 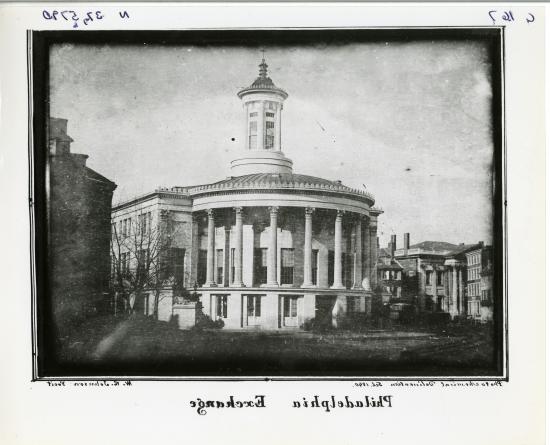 Located in close proximity to the city's banking institutions and the Delaware River waterfront, the Exchange was a hub of commercial activities. Johnson could not have found a better location to attract the attention of wealthy and influential citizens than to set up his daguerreotype equipment across the street from the Exchange in preparation for making this view.

Making a daguerreotype in such a public location was wonderful publicity for the series of lectures and demonstrations Johnson was giving around the city. Although Philadelphia's Public Ledger on January 1, 1840, praised Johnson's lecture style as "clear and comprehensive," his daguerreotype demonstration did not produce good results.

Johnson, however, continued to work on the process and by February 4, 1840, had successfully captured a reversed image of the Merchants' Exchange. The North American and Daily Advertiser ran a small article on February 5 under the heading "The Daguerreotype," stating, "We noticed yesterday at the Exchange a beautiful specimen of this art, representing the east front of the Exchange with the adjoining buildings. It was the production of Professor W. R. Johnson." The excellent quality of this daguerreotype by Johnson and the date it was created were tartly pointed out by Philadelphia's National Gazette on February 8, 1840, disputing The New York Times' claim that François Gourard had taken the "first perfect Daguerreotype drawing obtained in this country." Johnson modestly responded that many successful daguerreotypes had been taken in America by a number of different gentlemen, though in reality it was just Johnson and a dozen or so others.

The Merchants' Exchange Building served not only as the subject matter of the daguerreotype and an exhibition space for its display, but in 1841 the building became home to one of Philadelphia's most successful daguerreotype studios—that of brothers William and Frederick Langenheim. Like most commercial daguerreotypists, the Langenheims relied on portraiture as the basis of their business and a steady stream of customers climbed up the stairs to their two-room establishment on the building's third floor.

In early May 1844, however, the real action was not happening in the Langenheim studio, but outside the building. Philadelphia was in the grips of several days of anti-Catholic rioting. Two churches had been burned and the Pennsylvania militia was called out to try to quell the unrest. A crowd had gathered in front of the militia's headquarters at the First Bank of the United States building when the Langenheims took a daguerreotype on May 9 from their studio window. Unlike Johnson, the Langenheims used a reversing mirror or prism, so their image was not laterally reversed. 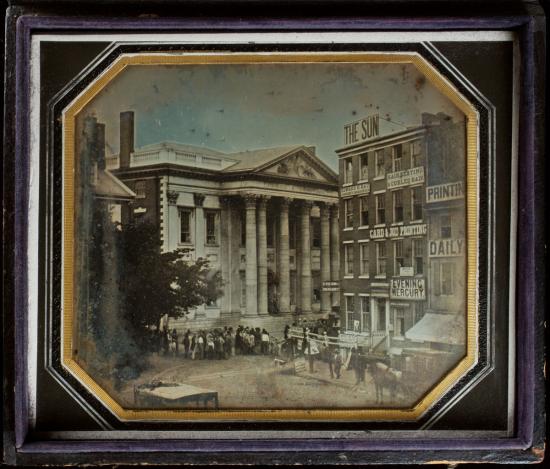 The Library Company's daguerreotype came into the collection as a gift from John A. McAllister sometime before 1896. The donor's father, John McAllister Jr., the owner of a Philadelphia optical shop, had a longstanding interest in photography. On May 6, 1840, he was the first patron photographed at Robert Cornelius's studio, Philadelphia's first commercial daguerreotype studio. Both McAllisters were voracious collectors of ephemera, graphics, and manuscript material, and probably recognized the historical significance of the Langenheims' image made during the riots. Whether the McAllisters acquired the daguerreotype at the time of its creation or later in the 19th century is not known.

Walter Johnson's daguerreotype of the Merchants' Exchange, along with some other Johnson daguerreotypes, was donated to the Smithsonian in 1891 by Mrs. William D. (Mary) Stroud of Washington, D.C. Curiosity about why Mary Stroud had these Johnson daguerreotypes in her possession fifty years after their creation was answered after a few hours of genealogical research. Mary Stroud was Walter Johnson's daughter and his only surviving offspring at the time of her donation. The Johnson family left Philadelphia about 1846 and moved to the District of Columbia.

Walter Johnson's interest in daguerreotypes seems to have ended after his initial experimentation in 1839 and 1840. While he never pursued daguerreotyping as a profession, his interest in new technology continued. While in Washington, he was employed as a professor and as a consultant for those hoping to procure and defend their patents on new inventions.

Although Johnson's foray into daguerreotyping was brief, the work he produced was important in introducing Philadelphians to the wonders of photography and to a new way of seeing the world around them. The Langenheim brothers built upon the pioneering work of Johnson and other early experimenters and in their Merchants' Exchange studio established a successful commercial application for the daguerreotype. 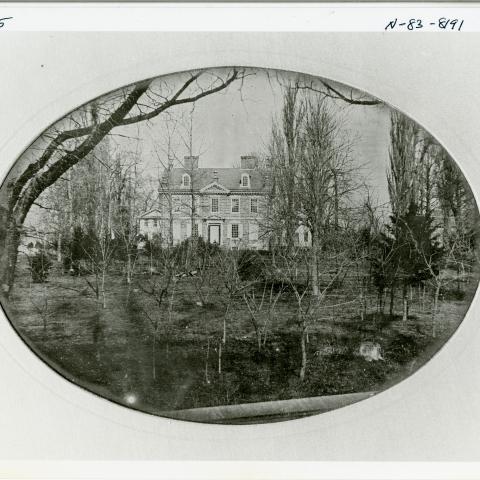 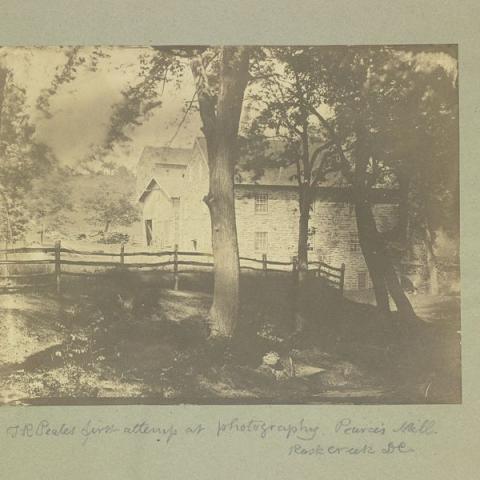