A multi-decade passion for a pair of red pumps

One of the rewards some backers of our Kickstarter project to conserve Dorothy's Ruby Slippers and Scarecrow's costume from the 1939 movie The Wizard of Oz is a pair of replica Ruby Slippers made by longtime Oz fan Randy Struthers. We asked Struthers to share why these shoes continue to matter today—to him and to all of us. 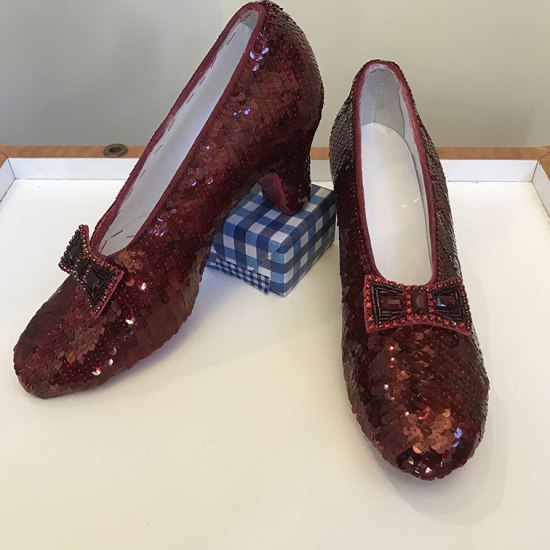 The one question I am most often asked in my life must be, "Why are you so interested in the Ruby Slippers?" I first saw the shoes in the film 30 years ago, and even though I've been captivated by them since that day, I am still not able to fully answer the question of why they have always fascinated me.

When I was a child, I saw them as something beautiful, sparkly, and powerful. As a teenager, I began researching the shoes and was shocked to learn that there were a number of pairs used in the film. The mysteries surrounding the different pairs and where they ended up enthralled me. As an adult, the shoes take me back to my childhood, and I can still remember that first time I saw The Wizard of Oz, sitting with my entire family on our hideous, secondhand plaid couch. My father passed away only about a year after we watched the movie for the first time, and at five years old I was already yearning to relive times that I knew would never be possible again. "Oz" has a place close to my heart, reminding me of the times I can't get back.

About two years ago, I realized that my late mother looked quite a bit like Judy Garland when they were both young, and I've wondered if I saw a connection between them on a subconscious level. Perhaps my initial interest in the shoes was because they were an object that, on that subconscious level, had kept my mother safe—as the shoes repelled the touch of the Wicked Witch of the West, and would do the same against any evil. 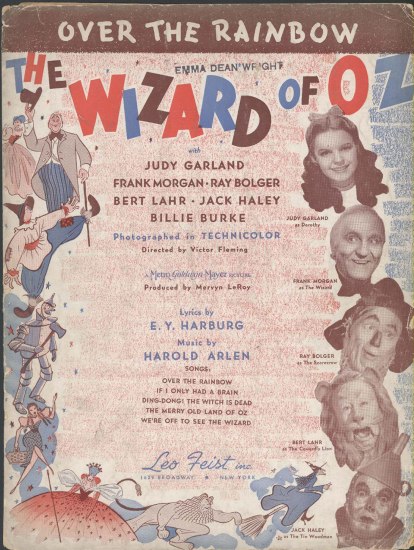 By age 13, I had amassed an impressive collection of Oz collectibles, and it was around this time that I decided to attempt to make my own pair of Ruby Slippers for my collection. At this time I still had no idea exactly what the shoes looked like outside of the movie, and this is a testament to how skillfully the slippers were created and filmed. Even pausing the film on a close-up shot of the slippers does not show exactly what they look like. On screen they were completely stunning, filmed to look like a pair of magic shoes. My ignorance of how the shoes looked in person resulted in my creating a pair of spray-glittered shoes for my first attempt. My work has come a long way since then!

I have been studying the Ruby Slippers in depth since the late 1990s, a passion that I am still dedicated to today. My research has become quite extensive, and has involved learning the stories of all of the known pairs of slippers, beginning with the process it took to create them, to who made them, where each pair can be seen in the film and promotional shots, to where each pair of slippers ended up, and the effects of aging on the components used to make the shoes. 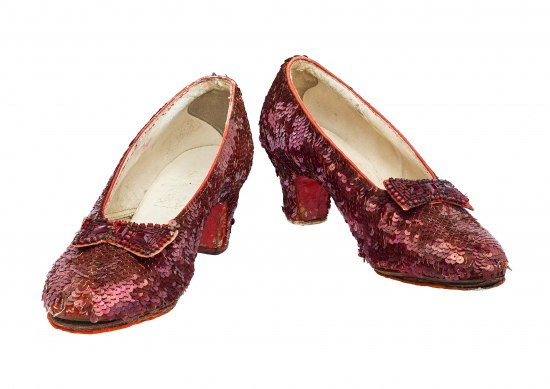 Many people are surprised to learn that there are multiple pairs of authentic Ruby Slippers that were used during production of The Wizard of Oz, probably because the film portrays them as the single, sought-after pair. Hollywood works quite differently than Oz does, and numerous slippers were needed for multiple reasons. To begin with, Judy Garland was not the only person to wear the slippers on set. Judy's stand-in, Caren Marsh, wore the slippers while she stood in for Judy while shots were being set up. Judy also had a double, Bobbie Koshay, who wore the slippers while acting as Judy's stunt double. Aside from the need for the Ruby Slippers to adorn the feet of three different women, the shoes could be prone to damage quite easily, especially any pairs that may be used during dance scenes. Backups were needed in case a pair were noticeably damaged, as the studio would not stop production for a pair of shoes to be fixed or recreated.

How many pairs were made for production is something we will probably never know.

No matter their number, the Ruby Slippers are considered the Holy Grail of all entertainment memorabilia, and even though there could be seven pairs of sequined pumps from the film, each pair is still priceless. The slippers are so coveted that the richest person in the world probably couldn't obtain an authentic pair, and yet, in a way, every citizen of the United States owns the Ruby Slippers: the pair on display at the Smithsonian's National Museum of American History. The slippers have been in the museum's collection since 1979, and are still one of the most popular items on display.

The history of the pair that we all own is quite interesting. Here's what I've come to understand through my personal research. The Smithsonian's slippers, as they exist now, are actually a mix of shoes from two different pairs made for production. Look extra closely and you might notice that the right shoe has a slightly thicker heel and the left shoe has a slightly thinner one. These slippers, probably worn the most by Judy Garland of all the sets, and being comprised of shoes used in three separate close-up shots in the beloved film, are arguably the most important pair of Ruby Slippers that exist. 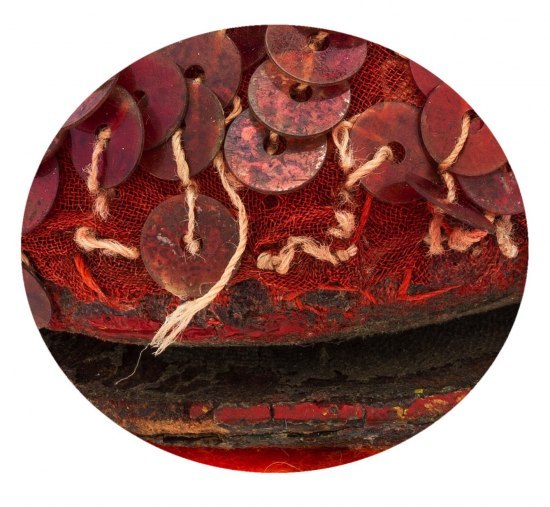 The fact that they even still exist at all is a miracle in itself. Even when the Ruby Slippers were created, they were fragile. They are objects of their time, created using many organic materials that are easily damaged. Filming the poppy field scene would have taken a terrible toll on a pair of Ruby Slippers, with the constant brushing of the sequins against the poppies leaving sequins bent or scratched, or even resulting in the fragile threads of the sequin overlays snapping.

When I heard about the "Keep Them Ruby" project, I jumped at the chance to be involved. I have been working on the replica slippers for more than four months at this point. It was a true honor to be asked to contribute to something I feel is so important. 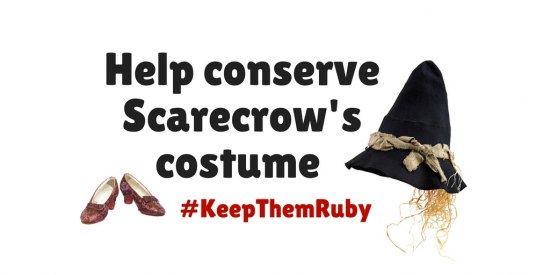 I do hope you'll join me in helping to support to the museum's conservation of the Ruby Slippers and Scarecrow's costume. Very few today can say that they are a part of the history of the Ruby Slippers, as none of us made them, wore them, or found them, and very few have owned them. What better way to incorporate yourself into the history of the most important movie costume in history, than by helping to preserve them?

Randy Struthers is a maker of replica Ruby Slippers and a longtime Wizard of Oz fan.